AN elderly couple were baffled when their disabled parking space was painted in the middle of a 40mph road – 8 ft from the pavement.

Patricia Cunningham, 73, who suffers from Parkinson's disease was perplexed by the positioning of the spot – which has also separated by a cycle lane. 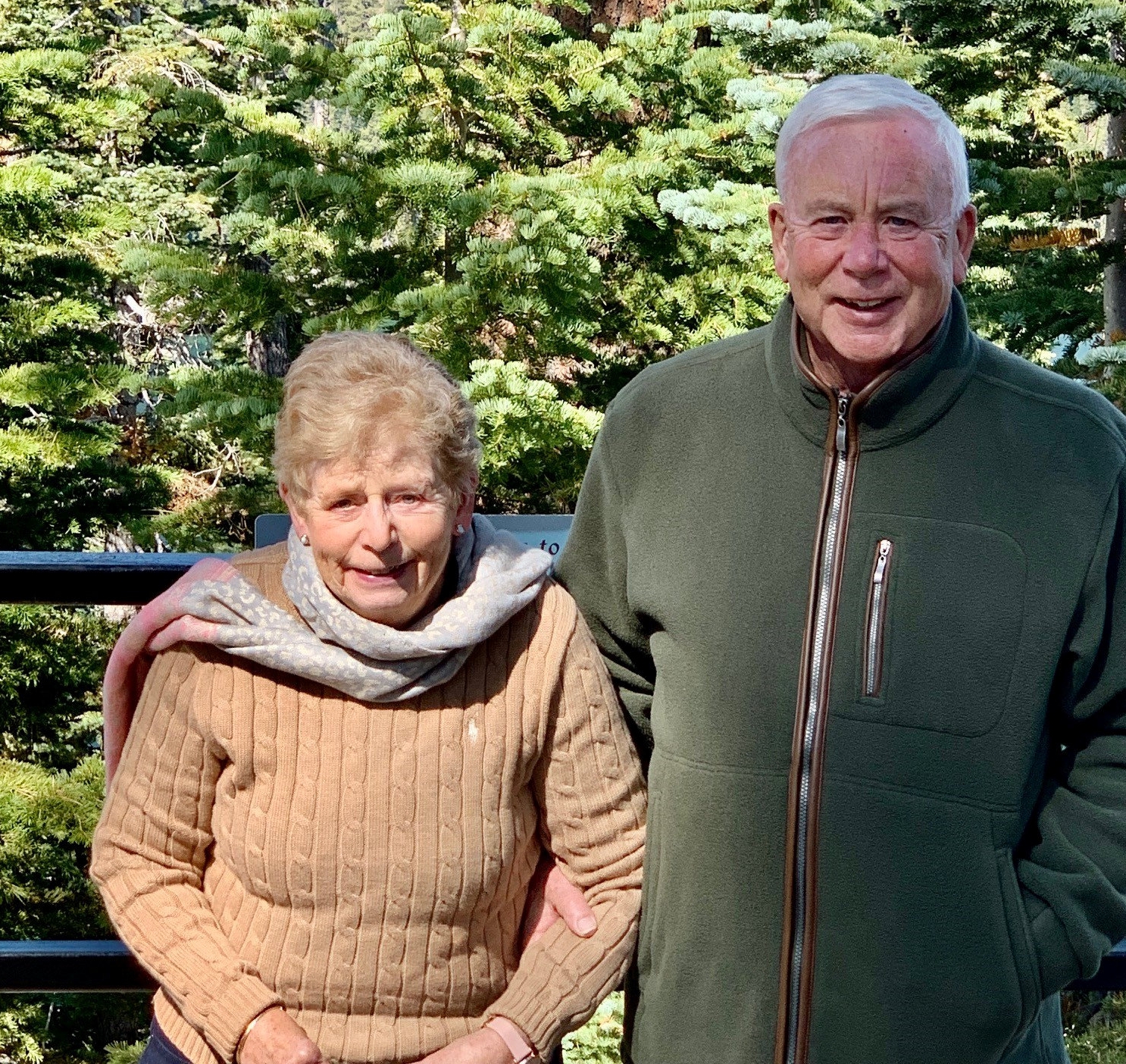 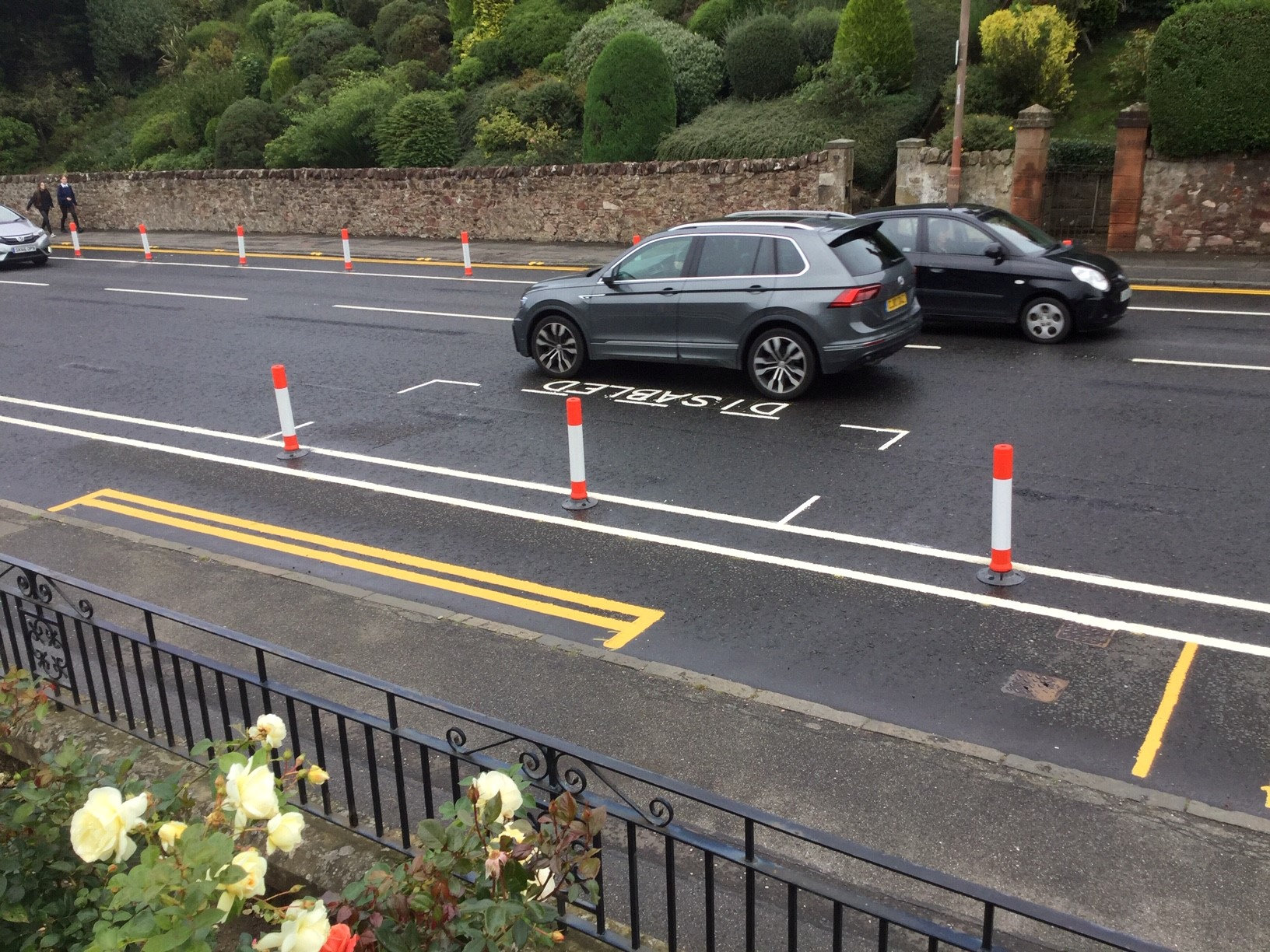 The gran-of-one, who is cared for by her husband Bob, 73, slammed the bizarre parking space outside their home in Edinburgh as 'dangerous'.

Before the coronavirus pandemic Bob was able to park their Volkswagen Passat outside their home on Pentland Terrace, Comiston, Edinburgh, as Patricia needs a flat surface to get in and out of the car.

But traffic has been re-routed down their road, and two weeks ago a new cycle lane was painted, as part of the Covid-inspired Spaces for People scheme to make it easier for pedestrians and cyclists to get around.

A new disabled parking space also appeared – which the couple say puts them and other drivers in danger.

Dad-of-two Bob said: "About two weeks ago the parking space appeared outside our house.

"Traffic has been diverted down our road and suddenly this appeared outside without anyone speaking to us.

"They put a double cycle lane and a double yellow line and a parking lane then they created a disabled box that starts about seven to eight feet from the pavement.

"The car is then about four or five feet into the road.

"There are lorries and buses going past the car missing it by inches. It is a bottleneck, it is 40mph but people are going faster than that.

"Somebody could crash into it, the lights on the road are not good – the whole thing is an accident waiting to happen.

"I won't park my car in this box, I think it's ludicrous. There's not that many cyclists using the lanes.

"People are saying 'this is crazy'. The consultation has been non-existent.

"I feel sorry for my wife, she's the person who really struggles, she's extremely immobile, I'm trying to ensure life is as enjoyable as possible for her by taking her out for little walks."

Tory councillor Jason Rust said: "It looks absolutely crazy. It looks as if there is real potential for an accident.

"Anyone getting out of a car parked in this space will be stepping out into a major arterial road in and out of the city.

"Given the whole impetus behind the scheme was meant to be to make our roads safer it seems completely at odds with that."

It looks absolutely crazy. It looks as if there is real potential for an accident.

Transport and environment convener Lesley Macinnes said there was more work still to be done on the project.

She said: "We are in the process of installing a segregated cycle lane on Comiston Road and while the lining and markings are largely complete the project is not yet finished.

"We will soon be installing bollards to protect the cycleway and the parking areas.

"We have made every effort to maintain parking where possible and in this case included the disabled parking bay upon request by a resident.

"The width of the parking bays complies with Edinburgh Street Design Guidance.

"However, we will be carrying out a road safety audit once the scheme is in place and will consider any changes that may be required.

"We will also be liaising with residents in the coming weeks to understand any concerns around designs which we will look to address."

09/11/2020 World News Comments Off on Grandad's fury after 'crazy' disabled parking space for frail wife painted '8ft from pavement' in middle of 40mph road
Recent Posts
We and our partners use cookies on this site to improve our service, perform analytics, personalize advertising, measure advertising performance, and remember website preferences.Ok