In trying to be everything to everyone, Guy Sebastian has plumbed a low not seen since his bad juggling in his Elevator Love video.

The singer’s withdrawal of support for the new #VaxTheNation campaign – organised by leading entertainment industry figures and urging Aussies to get vaccinated so live entertainment can return after crippling COVID lockdowns – is weak and bizarre. 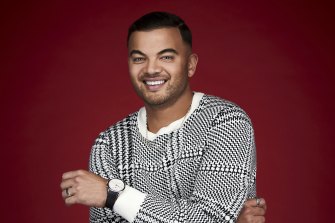 Guy Sebastian has made headlines after deleting a post urging Australians to get vaccinated.

It’s not every day a progressive suburban matron gets to agree with Ray Hadley, but in this case, I hear you, Ray. The Sydney radio host was on the money when he told Sebastian to “grow a pair” and “get the splinters out of your arse. Get off the fence.”

My own addendum: And do it fast.

Since he won Australian Idol in 2003, Sebastian has been the industry equivalent of a toasted cheese sandwich: no hard edges, soft on the inside, everyone likes you. Uncontroversial.

Those family favourite qualities have seen him build wealth, fame and an all-important social media following of almost 500K. But in backflipping on his initial support of #VaxThe Nation, which he says was given by his team without his consent, Sebastian has cooked it. 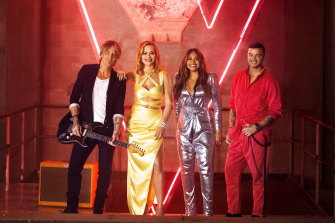 His priorities are wrong. Saying “I’m so sorry” for being associated with a creative, important push to increase vaccination rates is jaw-dropping. His human blancmange position smacks of him forgetting his influence for good in the community in his rush to safeguard popularity.

The cynical view is that now he’s earning a stonking salary on Seven’s The Voice and doesn’t have to work that splintered arse off in sticky-carpeted dives, Guy has abandoned the community in which he’s a leading figure.

In a short video which had overtones of hostage situation, Sebastian explained why a post in which he supported the vaccination campaign was deleted from his social media accounts.

He claimed he was using “love and compassion” to protect people who can’t be vaccinated for underlying medical reasons.

Hold the bus. So you’re (admirably) sticking up for a minority who will be the first to suffer if they get COVID via unvaccinated people? Guy. Take some think time, my friend. Why not use your position and influence to urge everyone who can to get the jab, while acknowledging it’s not possible for some?

While giving with one hand – saying he is double vaccinated himself and supports music industry revival initiatives, the Battle Scars singer took with the other: “I personally don’t believe it is my place to deal in absolutes to tell people what to do in regards to their personal health choices.”

Sure. But how do you reconcile that when flogging multi-vitamins to children with your stylist wife Jules? The way it looks is you’re fine with making money off vitamins but won’t support community health. It looks like you’ve lost the ability to think for yourself while claiming that’s exactly what you’re doing.

Or as fellow muso Ben Lee put it on Twitter, “This is actually a really sad example of what happens when your career is dependent on trying to be all things to all people.”

Sebastian’s situation comes a couple of weeks after self-proclaimed wellness visionary Therese Kerr – mother of model Miranda, whose video guides to a good life include how to eat an avocado correctly – shared a viral petition for alternate treatment options for COVID-19.

And it comes days after social media personality and fake tan purveyor Nadia Bartel thumbed her nose at the wider community COVID situation. She was fined $5000 after being filmed snorting a white powder at a 4pm house party during lockdown.

Bartel’s professionally crafted apology (“I have let you all down”) wasn’t enough to stop a number of businesses dropping the mother-of-two from their books.

These public figures all use fame to make a living. They should also use it more wisely.

Kate Halfpenny is the founder of Bad Mother Media.