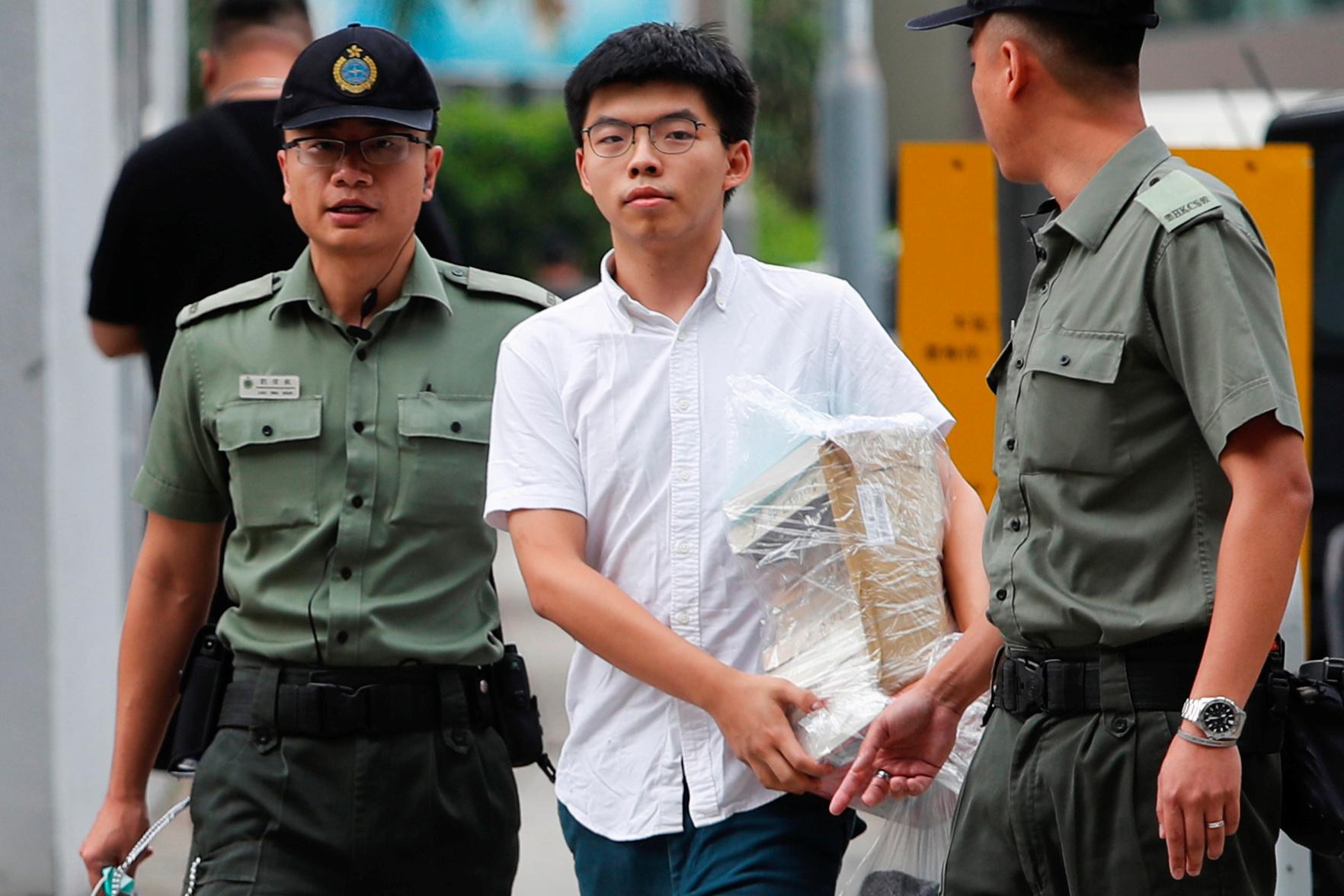 His release comes a day after organizers of the protest calling for Lam to quit over a controversial extradition bill said almost two million black-clad people joined Sunday’s march to government offices.

“I will join to fight against this evil law,” said Wong, 22, who was one of the leaders of the 2014 “Umbrella” pro-democracy protests that blocked major roads in the Chinese-ruled city for 79 days.

“I believe this is the time for her, Carrie Lam the liar, to step down.”

Before he was jailed, both Wong and his supporters had called for the Hong Kong government to scrap the extradition proposal.

Wong was just 17 when he stood at the forefront of the broad civil disobedience movement that presented China’s Communist Party rulers in Beijing with one of their biggest political challenges in decades.

The protests against the extradition bill have become the most significant challenge to China’s relationship with the territory since it was handed back by Britain 22 years ago.

While Lam delayed the bill at the weekend, it has yet to be completely shelved, despite widespread concern that the status of Hong Kong as a financial hub could be eroded by changes to the rule of law.