BEIJING (Reuters) – Chinese censors are working hard to erase or block news of the Hong Kong protests on social media and search platforms amid a surge in interest from mainland internet users. 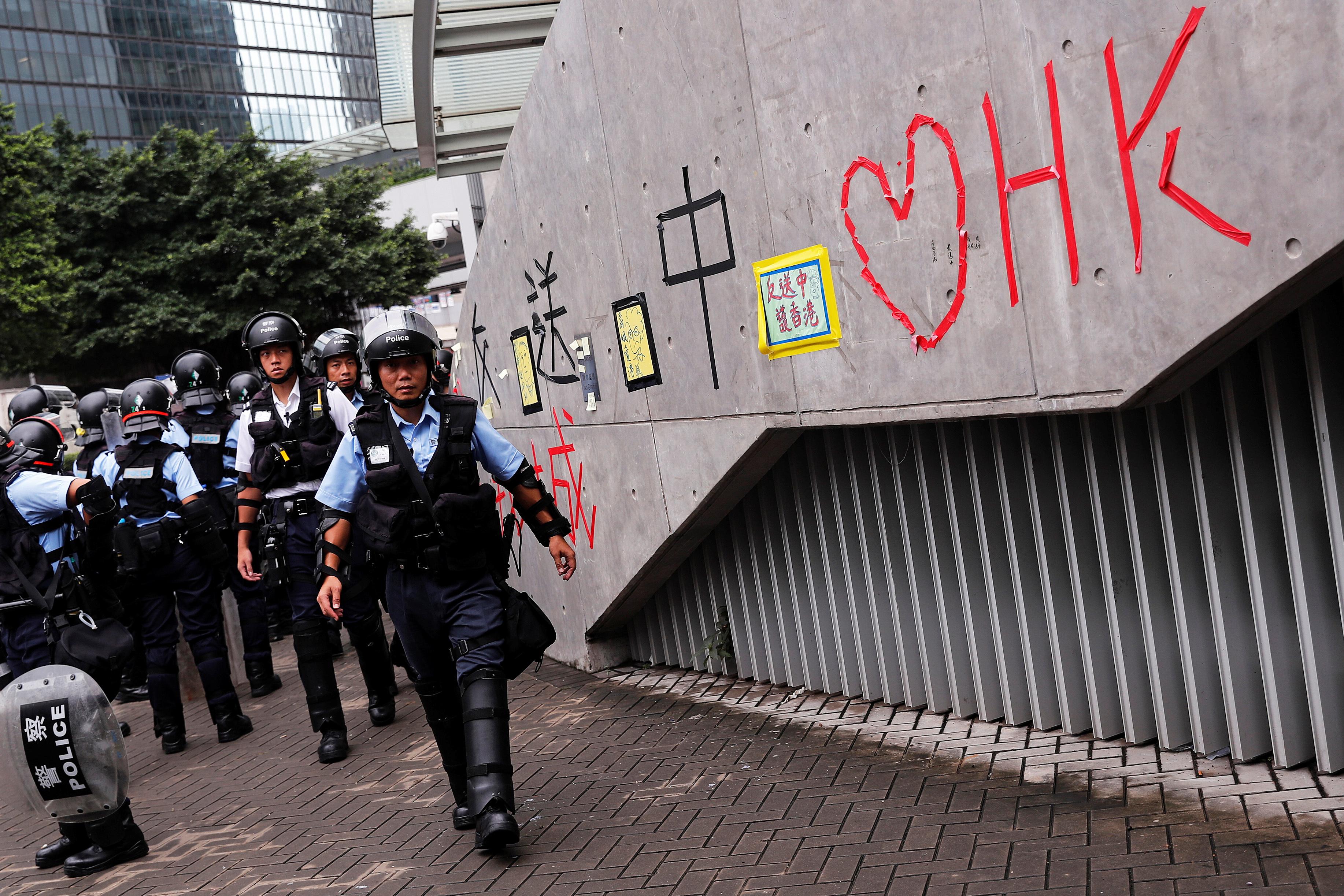 Reports and images of clashes this week between Hong Kong police and demonstrators protesting against an extradition law with mainland China have circulated world wide.

At the same time, Beijing has been working to keep the news away from people on the mainland or at least filter the content.

“People are very curious, and there is a lot of discussion on this event,” said one person who works as a content censor at Weibo Corp, which operates the Weibo platform.

Tencent Holdings Ltd’s Wechat, the country’s most popular social media app, showed searches for “Hong Kong” peaked at 32.4 million on Wednesday, up from roughly 12 million a week before.

Freeweibo.com, which tracks censored posts on the Weibo platform, said “Hong Kong” was the most searched topic in the past few days.

Other hashtags such as “oppose China extradition” and “go Hong Kong!” were also among the top 10 most-searched topics.

Searches for “Hong Kong” on Baidu, China’s top search engine, more than tripled over the weekend, a sharp rise in interest despite strict rules that bar access to foreign social media and news outlets.

Tests conducted by Reuters on Wednesday showed some mainland Wechat users could not receive images of the Hong Kong protests, including demonstrators amid tear gas. Similar images posted to popular social media sites were removed within minutes.

The censorship, while broadly effective, is not complete.

Some content posted on individual accounts that showed this week’s protests was not immediately removed, though censors say popular images and posts in group chats are quickly flagged.

The Weibo censor, who declined to be identified because they were not authorized to speak to the media, said images of Sunday’s protests were not permitted on the platform, but images from official sources were allowed.

On Thursday, searches for “Hong Kong” on Weibo showed only statements from the city’s chief executive condemning the protests. Other items showed photos of pro-Beijing protesters calling for an end to American interference.

Photos of clashes between police and protesters were accompanied by captions that accused “Hong Kong separatists” of organizing attacks on police.

Weibo, Tencent and the Cyberspace Administration of China (CAC), the government body responsible for enforcing censorship guidelines, did not respond to requests for comment on Thursday.

Beijing has tightened censorship in a wider “rectification” effort that has ensnared foreign media websites and thousands of domestic news accounts on social media.

“They are afraid it will trigger a chain reaction,” said political commentator Zhang Lifan, noting the sensitivity around the 30th anniversary of the Tiananmen Square crackdown and China’s tensions over trade and Taiwan with the United States.

“If the flame of the Hong Kong spreads to the mainland, then it will be very bad for them,” he said.