Heatwave conditions are hitting the UK, with four days so far reaching the Met Office’s heatwave threshold. Temperatures of more than 34C have baked the south of England, and are forecast to continue this week.

A UK heatwave threshold is met when an area records a period of at least three consecutive days with daily maximum temperatures meeting or exceeding the heatwave temperature threshold.

For the south of England, the threshold value is 27C – and this recent spate of hot weather has far surpassed it.

On Friday, August 7, temperatures hit 36.4C in Kew Gardens and Heathrow, making it the hottest August day since 2003.

This heat has continued into Monday, but just how long will the heatwave last? 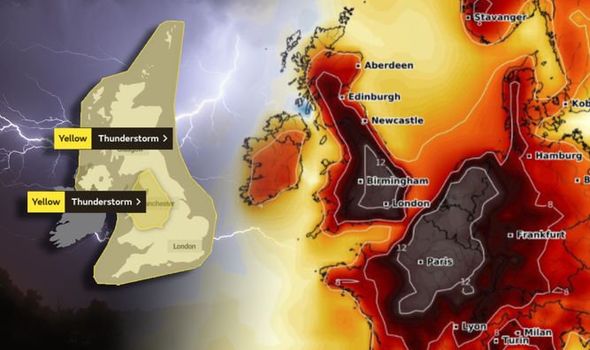 When will the heatwave end in the UK?

Hot weather is expected to continue into midweek, with highs maintaining above 30C each day, bringing humid nights to the south of England.

Met Office Chief Meteorologist Andy Page, said: “Much of southern England and eastern areas of Wales will see the heatwave continue until the middle of next week, with temperatures widely into the low to mid 30’s Celsius.”

But the Met Office are also warning of severe thunderstorms, which could break the heatwave when they hit. 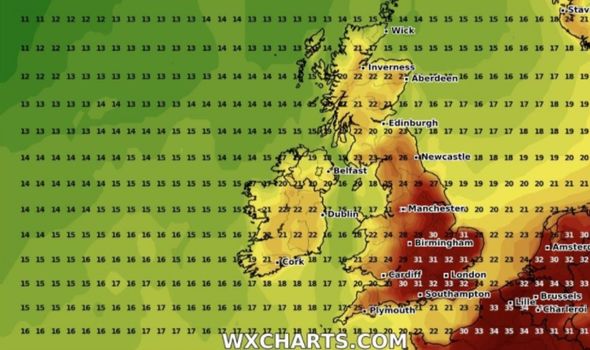 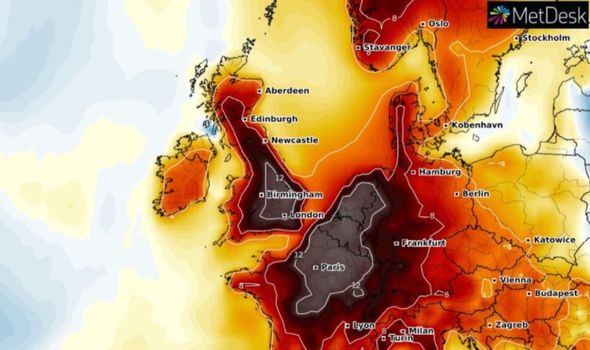 Deputy Chief Meteorologist, Dan Harris, said: “Whilst the extreme heat is likely to gradually decline through next week, we are also expecting the risk of thunderstorms to increase, with the potential for downpours of up to 80mm in just a few hours.

“On any particular day however, a lot of places will miss these altogether.”

According to temperature maps from the Met Office, WXCharts and Netweather, temperatures will stay above the heatwave threshold for the south of England up until Thursday this week.

Tuesday is forecast to be another scorching day, with highs of up to 3£C possible, while Wednesday follows suit with again highs of 33C.

On Thursday conditions will cool ever so slightly, with up to 28C possible for the south of England.

The heatwave threshold is 27C, meaning Thursday once more will surpass this figure.

Friday will be cooler again, with highs of 24C predicted for the south of England.

Thunderstorm warnings are in place this week, with the persistent hot weather forecast to trigger severe thunderstorms across the UK. 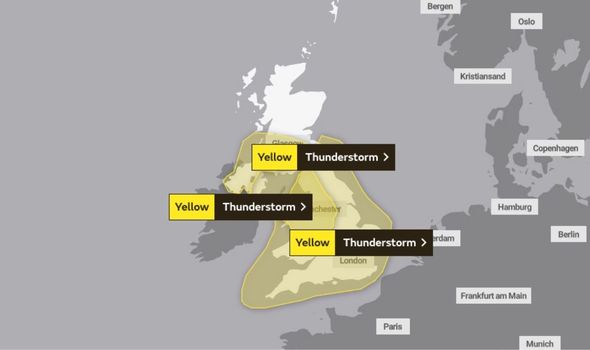 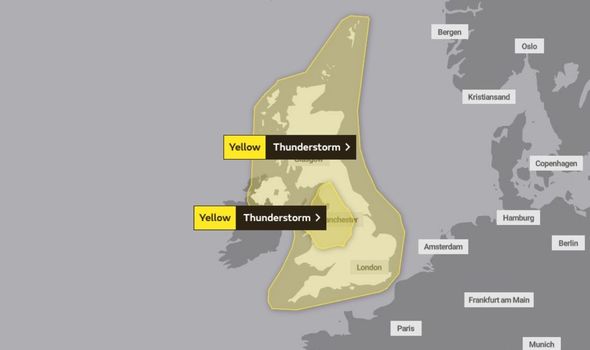 Deputy Chief Meteorologist, Dan Harris, said: “Whilst the extreme heat is likely to gradually decline through next week, we are also expecting the risk of thunderstorms to increase, with the potential for downpours of up to 80mm in just a few hours. On any particular day however, a lot of places will miss these altogether.

“We’ve issued a broad thunderstorm warning for Monday, Tuesday and Wednesday for all parts of the UK, since although the ingredients are there, it’s just too early to pinpoint the details of exactly where and when thunderstorms will occur.”

Today, thunderstorm warnings cover much of the UK away from northern Scotland warning of the risk of heavy showers, frequent lightning and gusty winds with 1.1 to 1.5 inches (30 to 40mm) of rain possible in an hour. 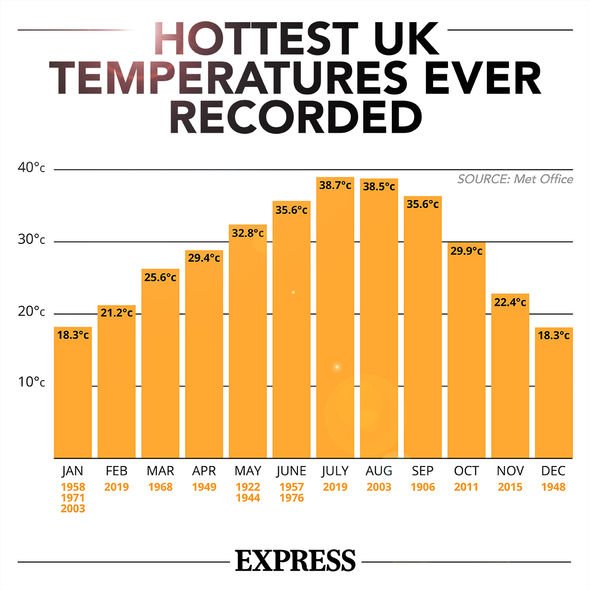 Thunderstorm warnings are in place until 11.59pm today for:

The Met Office warns: “Some places are likely to see severe thunderstorms on Monday – but there is significant uncertainty in location and timing.”

Through Tuesday and Wednesday, the entire UK is covered by yellow thunderstorm warnings, with forecasters warning: “the most intense thunderstorms, in some instances associated with large hail, will most probably be those triggered by the high temperatures of the day over England and Wales, other areas of storms producing heavy rainfall and frequent lightning could reach further north at times over Scotland and Northern Ireland.”

Again, the wide warning area is due to the uncertainty in the thunderstorm locations, however areas could see torrential rain, large hail, strong gusty winds and frequent lightning.

08/10/2020 World News Comments Off on Hot weather forecast: When will the heatwave end in the UK?
Recent Posts
We and our partners use cookies on this site to improve our service, perform analytics, personalize advertising, measure advertising performance, and remember website preferences.Ok