A hotel has cancelled all of its guests’ bookings, weddings and events in order to home almost 100 new Afghan refugees.

The Urban Hotel, a four star hotel fit with spa, sauna and gym facilities, has repurposed all 90 of its rooms to house refugees fleeing Taliban-controlled Kabul after the British government agreed to rehome 20,000 displaced Afghans.

The new arrivals are expected to stay in the luxury hotel accommodation for at least six months, as the Home Office, local authority and services process hundreds of refugees.

Only 100 councils in the UK have so far come forward to offer assistance to help home the approximate 20,000 refugees who will arrive in the country under the Afghan Citizens Resettlement Scheme.

Local authorities say they have so far found accommodation for more than 2,000 people.

A spokesperson for The Urban apologised to guests who had already booked in for weddings, hotel stays and other events as their reservations were cancelled.

Previous reports indicated 14 Afghan families would be rehomed in Lincolnshire – amid nationwide numbers that say more than 8,500 Afghan refugees have already arrived in the UK. 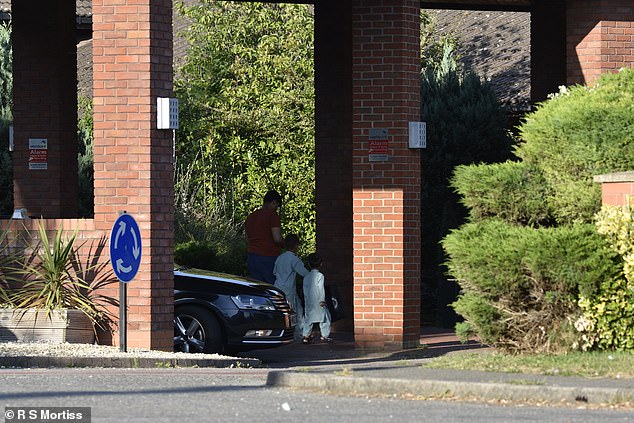 A family, believed to be Afghan refugees, arrive at The Urban Hotel in Grantham ahead of a six-month stay

All rooms at The Urban Hotel appear to be fully booked until at least March 2022, according to its online booking function, and several people have reported that upcoming weddings have been cancelled.

The 90 rooms, which range from a double, twin double and superior king size, were all filled by the end of Tuesday.

A hotel spokesperson told The Lincolnite: ‘All 90 bedrooms have been taken by the Home Office and they started arriving yesterday (September 6).

‘Around 50 rooms have already been taken and we are expecting all of them to be full by the end of today (Tuesday, September 7).

‘Conference rooms have also been taken for local councils to provide assistance.

‘We have started contacting wedding bookings and offered alternative options. We are still in the process of contacting them.

‘We just want to apologise to people. A lot have been accepting, but some have been happy. We are here to help people.’ 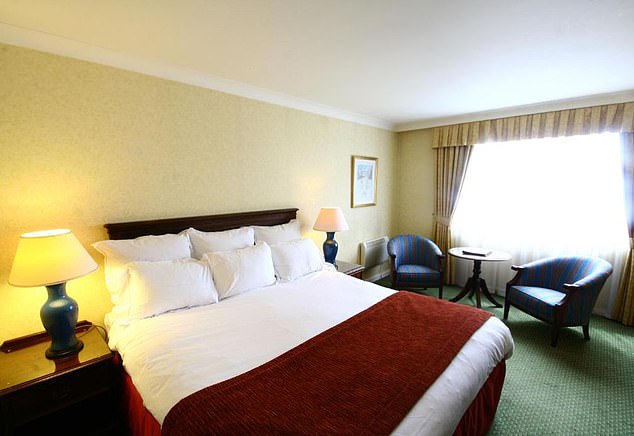 The four star hotel fit with spa, sauna and gym facilities has repurposed all 90 of its rooms to house refugees fleeing Taliban-controlled Kabul 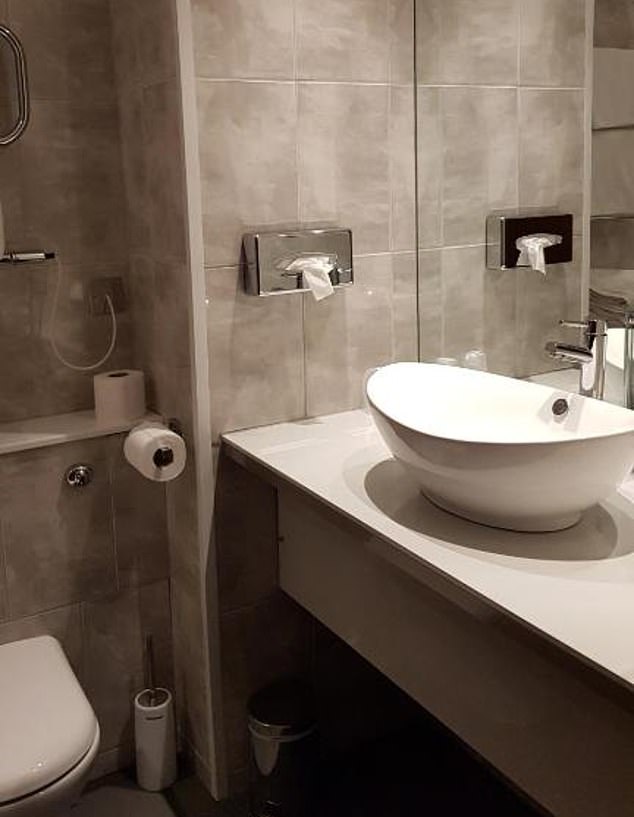 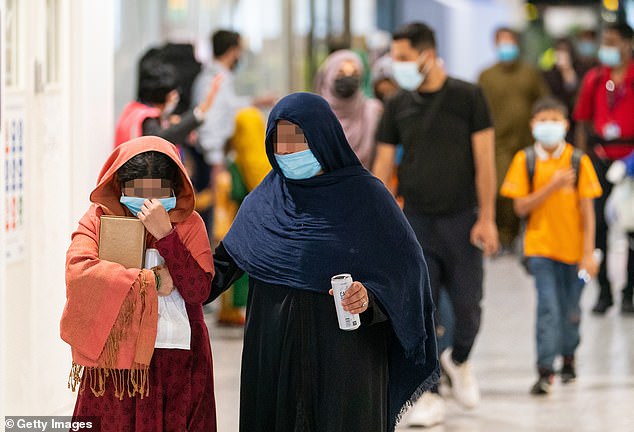 Thousands of displaced Afghans are going to be resettled in Britain after the Taliban swept back into power after the withdrawal of western troops. Above: Refugees at Heathrow Airport

Events that had been planned for the coming weeks have also been shelved, including a Take That tribute act who took to social media to discuss his cancellation.

Dan Hadfield admitted it was ‘odd’ and told fans he ‘didn’t really know what to say.’

He said: ‘With the limited information they have given me, they have stated that HMP having (sic) taken over the hotel and have shut it from this coming Monday for six months in order to accommodate Afghan refugees.

‘I don’t really know what to say. If you have bought a ticket, you will need to try to contact the hotel itself for refunds. I’m really not sure though if any of us will see anything in that respect, but I will update you when I know more.

‘On a personal note, I hope that any refugees coming from Afghanistan or any place of unrest are welcomed by us as a country.’

Ministers say around 10,000 refugees are currently in hotel quarantine – where they will have to stay for at least 10 days due to Afghanistan being on the UK’s red list for travel.

Councils have been offered a modest £5million to help with housing. Officials said they were working with more than 100 town halls and had so far found accommodation for more than 2,000 people.

Councils will be given an extra £12million to provide additional school places for Afghan children and further funding will be provided to create 300 university places. 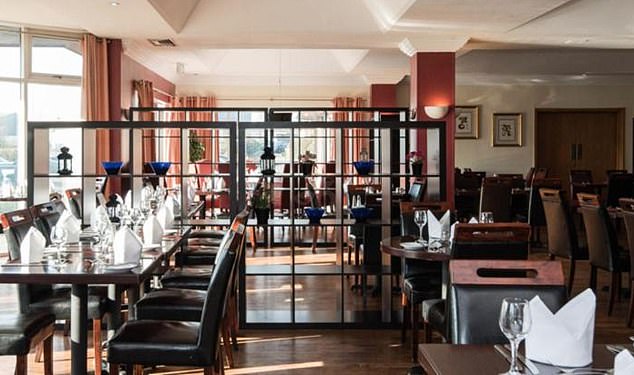 The 90 rooms, which range from a double, twin double and superior king size, were all filled by the end of Tuesday. Pictured: The luxury dining at The Urban Hotel 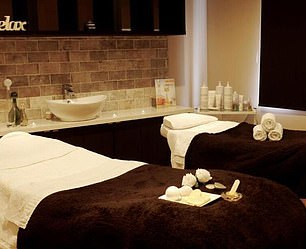 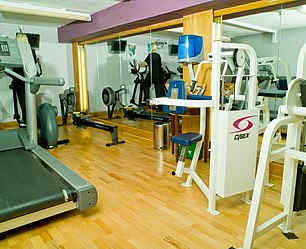 Also included in the four star hotel’s amenities are a spa, gym and ‘free welcome drink’ for guests

By numbers: How much resettling the Afghan refugees will cost UK

The UK has already evacuated more than 15,000 people from since August 13, including 8,000 Afghans who had worked with UK armed forces.

Resettling Afghan refugees in Britain will cost UK taxpayers more than £2.5billion over the next ten years under ‘Operation Warm Welcome’, a leaked Treasury report claims.

As many as 5,000 could arrive in the UK within the first year and will also be offered permanent residency. Some £200million has been committed to the scheme so far.

So far £400million has been put forward to resettle Afghans, but another £557million could be needed over the next three years, according to the report.

A Ministry for Housing, Community and Local Government spokesman told MailOnline: ‘Thanks to the efforts of nearly a third of Britain’s councils and vital delivery partners, hundreds of Afghan nationals who have worked alongside our Armed Forces and diplomats in Afghanistan, risking their lives supporting us, have already been warmly welcomed to the country.

‘We are calling on all councils who have not yet come forward with a firm offer of support to help our Afghan friends and their families as they build a new life here in safety.

‘Councils in England, Scotland and Wales will have access to a share of an additional £5million to help them provide the necessary housing and support to Afghans who have worked for this country in Afghanistan, but who now face threats of persecution or worse.’ 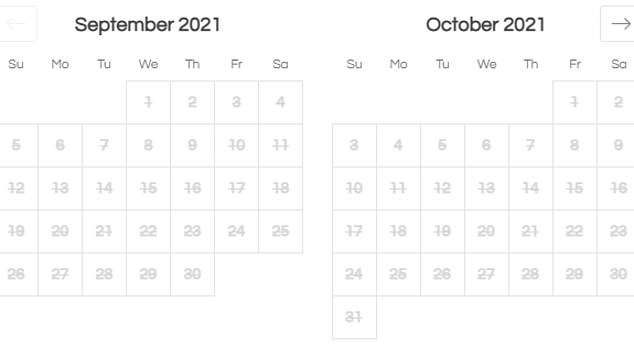 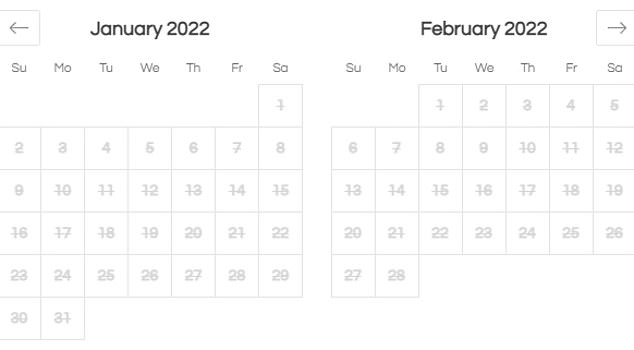 All rooms appear to be fully booked until at least March 2022, according to The Urban Hotel’s online booking function

It comes as thousands of Afghans who risked their lives to help British forces will be allowed to ive and work indefinitely in the UK.

Arrivals from Afghanistan will also be offered the Covid vaccine and given access to a portal where members of the public will be able to share offers of work and housing and make donations.

The Home Office has said the coveted status would be granted immediately – and automatically – to around 10,000 refugees.

It will allow them to work and enrol their children in school as they try to build a new life here. The decision fast-tracks a process that can take years and with only a limited right to remain.

Boris Johnson said the policy reflected the ‘immense debt’ owed to translators and others who had helped the UK military during the 20-year engagement.

A Whitehall source said that the package, codenamed Operation Warm Welcome, was ‘the least we could do’ following the chaotic and bloody withdrawal from Afghanistan.

Refugees will also be given a crash-course in British history, values and civic duties to help them integrate into society.

Ministers are said to want to emulate schemes in countries such as France and Germany where up to 400 hours of free language classes are given to newcomers.