Leading the sabre-rattling that added fire to today’s ‘fishing war’ in Jersey is Emmanuel Macron’s hard-left maritime minister, a fisherman’s daughter and Brexit hater who has made inflammatory threats to ‘cut off’ the island’s electricity.

Maritime minister Annick Girardin, a member of the Radical Party of the Left, is a straight-talking political street fighter who in a previous role led efforts to defend the French language over the growing global influence of English – an abiding obsession of the country’s political class.

The 56-year-old, once dubbed ‘the Pirate of Hope’ in a TV documentary praising her radical credentials, grew up on Saint-Pierre-et-Miquelon, an isolated, weather-beaten French overseas territory of just over 6,000 souls off the coast of Newfoundland, where she gave birth to her first child, a daughter, aged 15.

She has repeatedly railed against Jersey officials for delaying the issuing of licences to French fishermen, the dispute that led to 70 boats threatening to blockade the harbour of the British Crown dependency, which in turn prompted Boris Johnson to send two Royal Navy gunships.

Also responsible for fanning today’s dispute is David Sellam, the head of the Normandy-Brittany sea authority, who said that he believes Jersey has been taken over by an ‘extremist fringe who want to reduce French fishing access and profit from Brexit’. He said: ‘We’re ready for war. We can bring Jersey to its knees if necessary.’

Annick Girardin at a meeting in Cambodia in 2015 while Secretary of State for Development and Francophonie. It saw her sign off the details of £70 million worth of financing agreements and development projects 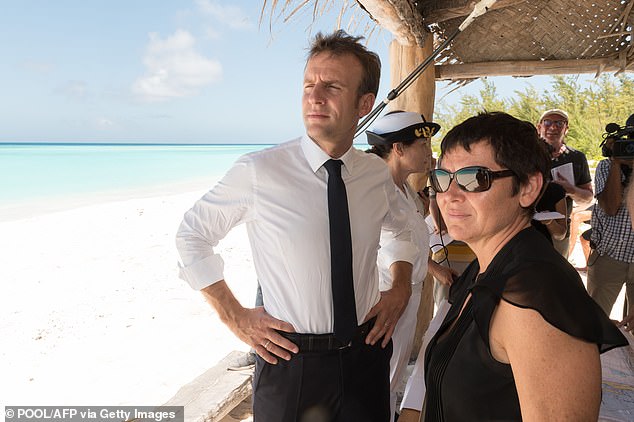 Ms Girardin is now Maritime Minister, and is pictured with President Emmanuel Macron on the French Indian Ocean island of Mayotte in 2019

The sparsely-isolated archipelago of Saint-Pierre-et-Miquelon, where Ms Girardin grew up, is heavily dependent on fishing due to its isolated location in the freezing waters of the North Atlantic.

Her father began his career as a fisherman before opening a bakery shop, which is now run by her younger brother, David.

Speaking to the Sunday Journal, she described having ‘two mothers’ while growing up – her mother and her grandmother – while her grandfather was a chief of public works.

She gave birth to a daughter, Anne-Claire, aged 15 and a half, forcing her to balance childcare with attending school.

‘In final year, before going to class, I dropped my daughter off at the nursery’, she said.

Anne-Claire went on to become a weather presenter and cookery show host, and now has two children of her own, Milo and Eliott, making Ms Girardin a proud grandmother.

The minister’s partner is Jean-François Vigneau, a businessman on Saint-Pierre-et-Miquelon who in 2019 attracted scrutiny for winning three public contracts worth £2.1million without competition.

Ms Girardin, the great neice of Henri Claireaux, a French senator, joined the Radical Left Party in 1999, and established herself as a key political figure on the island with her left-wing attacks on the local council.

Ms Girardin shakes hands with Hor Namhong, the Cambodian foreign minister, during the meeting in Phnom Penh in 2015 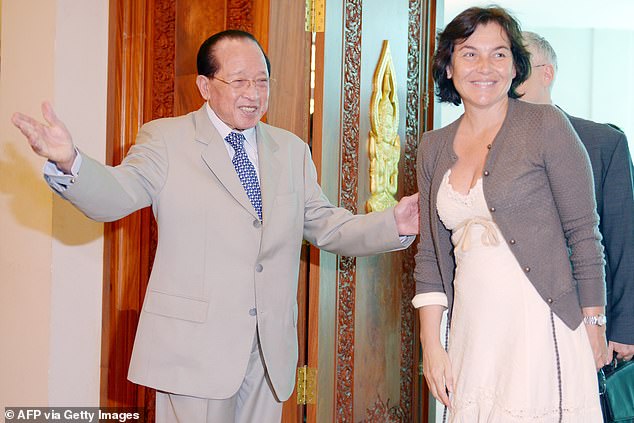 The politician, seen with Mr Namhong was on a three-day visit to Cambodia as part of her previous ministerial role

She was elected a member of the national assembly in 2007 and held this position until 2014, when she was appointed as Secretary of State for Development and Francophonie.

This role involved defending the use of the French language domestically and abroad against the growing power of English.

Following the election of President Emmanuel Macron in May 2017, she was appointed Minister of Overseas France, before becoming ‘Minister of the Sea’ in 2020.

In this role she has repeatedly railed against the impact of Brexit on French fishermen, including the Jersey fishing dispute.

The row began after Jersey implemented new requirements under the terms of the UK-EU trade deal for boats to submit evidence of their past fishing activities to receive a licence to carry on operating in Jersey waters. 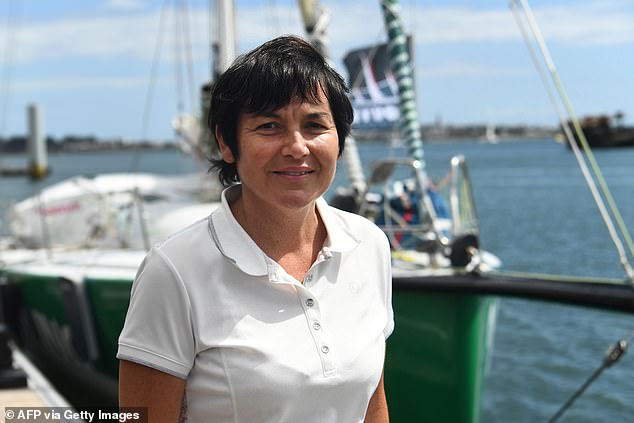 The 56-year-old, (seen in 2020 on a visit to Lorient in western France) was once dubbed ‘the Pirate of Hope’ in a TV documentary 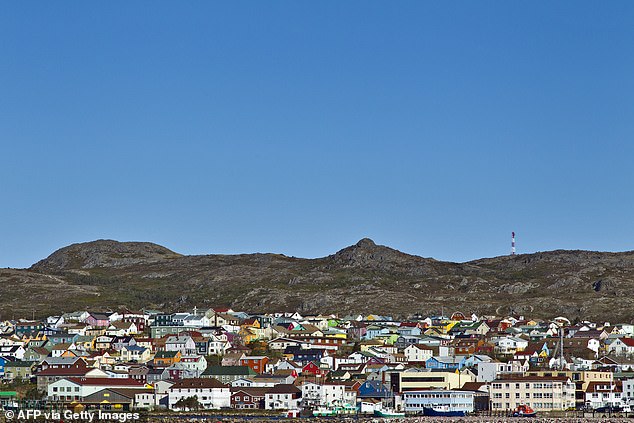 Ms Girardin gave a tub-thumbing speech to the National Assembly on Tuesday saying she was ‘disgusted’ to learn that Jersey had issued 41 licences with unilaterally imposed conditions, including the time French fishing vessels could spend in its waters.

She said: ‘In the (Brexit) deal there are retaliatory measures. Well, we’re ready to use them.

‘Regarding Jersey, I remind you of the delivery of electricity along underwater cables … Even if it would be regrettable if we had to do it, we’ll do it if we have to.’

Ms Girardin is popular in left-wing circles, and in March 2016 the Sylvie Koffi and Shaman Dolpi devoted a 52-minute documentary film to her called The Pirate of Hope. 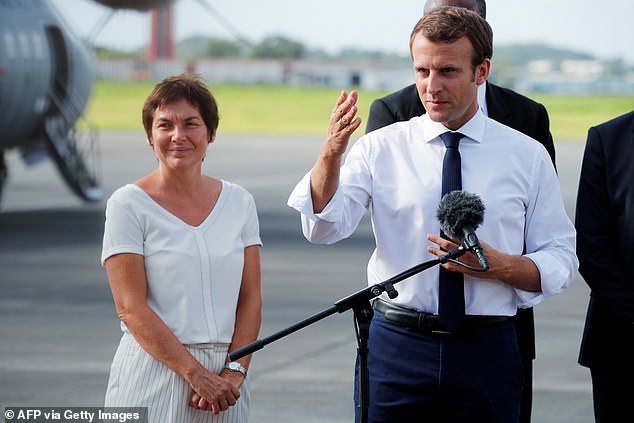 Ms Girardin has also served as Overseas Minister, and is pictured with President Macron on a trip to Guadeloupe in the Caribbean 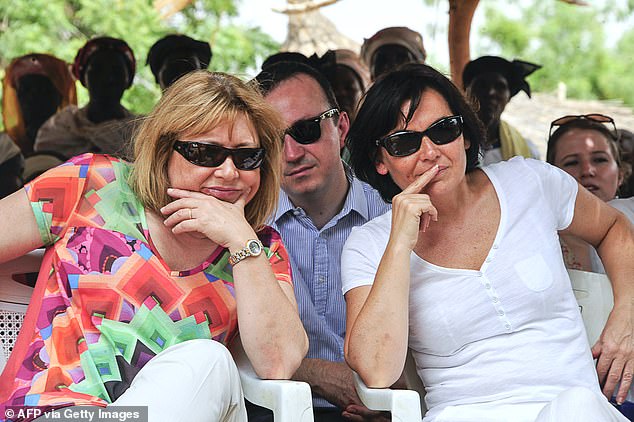