AN HS2 PROTESTER today urged supporters to "keep this growing" after spending six days in an underground tunnel network – despite fears the structure could collapse.

Dr Larch Maxey, 48, is one of several eco-activists living below London's Euston Square after they were evicted from their protest camp above ground on Wednesday. 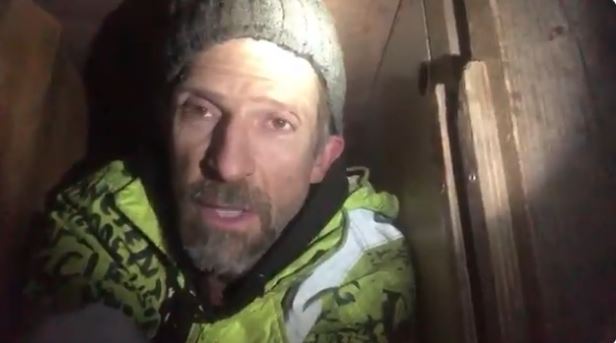 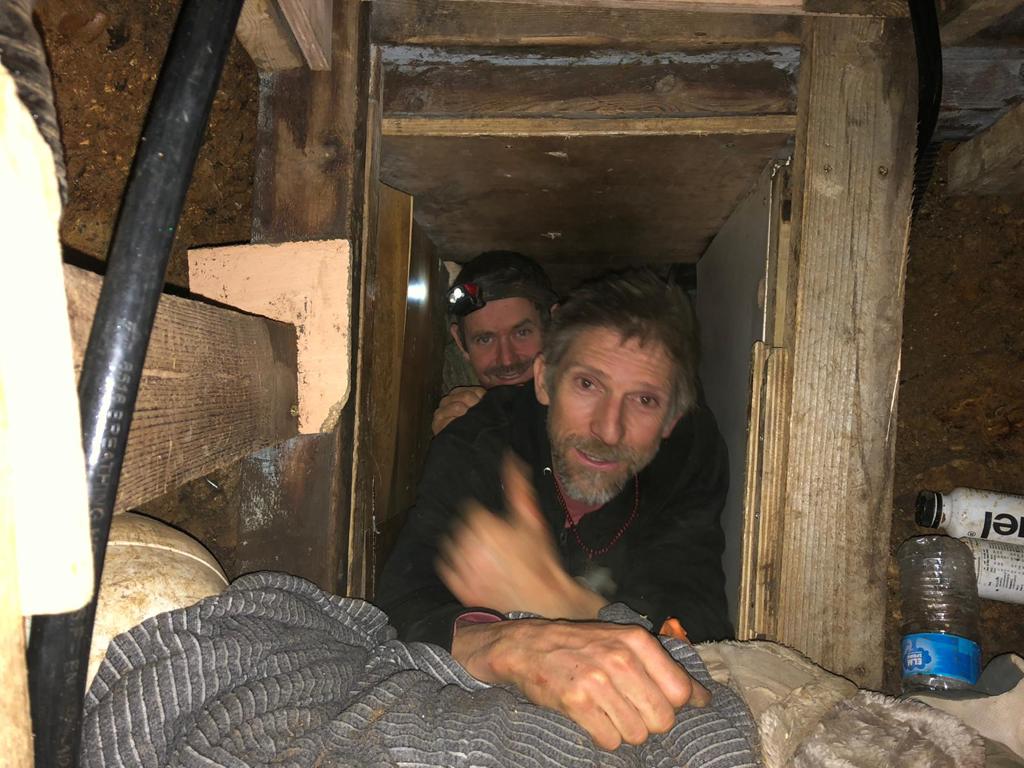 Activists have said water is pouring into the tunnel, making it increasingly unstable – and believe they could be in danger as bailiffs try to turf them out.

Officials at HS2 have also urged the campaigners to come out amid fears carbon dioxide could suffocate them.

But Dr Maxey today urged supporters to "keep this building" as he thanked the “hundreds of people behind the scenes helping” those underground.

Speaking from inside the tunnel this morning, Dr Maxey said: "It’s day six in the Big Tunnel household and I would like to give a massive thanks to everyone who has helped us."

The eco-warrior thanked the “hundreds of people behind the scenes helping” as well as the thousands of people fighting the High Speed rail scheme.

He added: "Please let’s keep this building, keep this growing.

"This is a vital time. It's the climate and ecological emergency. It’s the biggest threat humanity has ever faced – even the US president is now talking about that. So we need everyone to step up."

He said the "science is so clear," and "cancelling this eviction, cancelling HS2 has to be the start of really addressing the climate and ecological emergency". 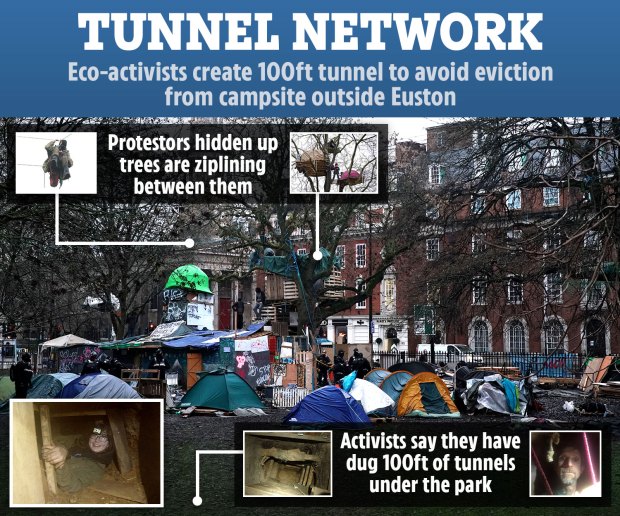 One of the campaigners holed up below ground with Maxey is 16-year-old Rory Hooper, son of veteran eco-activist Swampy who is also in the tunnel.

He told the Mail Online he is in regular contact with his "really proud" mum, adding: "She tells me on the phone and I can feel it. She likes me to ring her every day. I know she worries about me but also she knows that I am safe with Dad."

Many above ground, however, continue to fear for the safety of campaigners.

One man, who gave his name as Dan, said over the weekend: "We're very concerned about the people inside the tunnels.

"It's reaching a tipping point where we don't know how long they are going to be able to continue.

"We don't know how many are inside. We're trying to fetch them power bars, water and nuts to make it through this.

"Lives are at risk.

"We need to make sure that the people inside the tunnels are safe by any means necessary."

In a video, protesters in the tunnel said measures taken by protesters to drain off rainwater have been removed, causing "liquified sand" to flow into the tunnel.

"It's quite dangerous," they said.

"We've been asking for a couple of days for buckets to remove it, and today it accelerated significantly and there's quite a danger, so we're concerned about our safety."

Protesters who crawled into the tunnels in the early hours of Wednesday morning say they have suffered five tunnel collapses in 24 hours and that "liquid mud" is pouring in.

But Swampy, 47, – real name Daniel Hooper – said he would die if necessary.

Speaking exclusively to The Sun last week, Swampy said: "We'll keep on digging. I'm prepared to put my life on the line if need be.

"As far as I'm concerned these tunnels are safe but we're prepared to last this out for as long as it takes.

"We're in a climate emergency and the Government is pressing ahead with the HS2 project that will deforest large areas. It's madness."

Officials at HS2 said: “Further heavy rain and sleet is forecast, which could lead to the tunnel becoming even more unstable.

"We are concerned that the occupants of the tunnel are now impeding efforts to help them, shutting themselves off underground, and preventing us from checking air quality as we supply them with air.

"As carbon dioxide can build up in the tunnel, they are putting themselves in even greater danger."

A spokesperson for HS2 later said the Health and Safety Executive has reviewed the operations to safely remove the activists and made "no immediate observations as to improvements we need to make".

They said they "continue to plan and work to safely remove the activists." 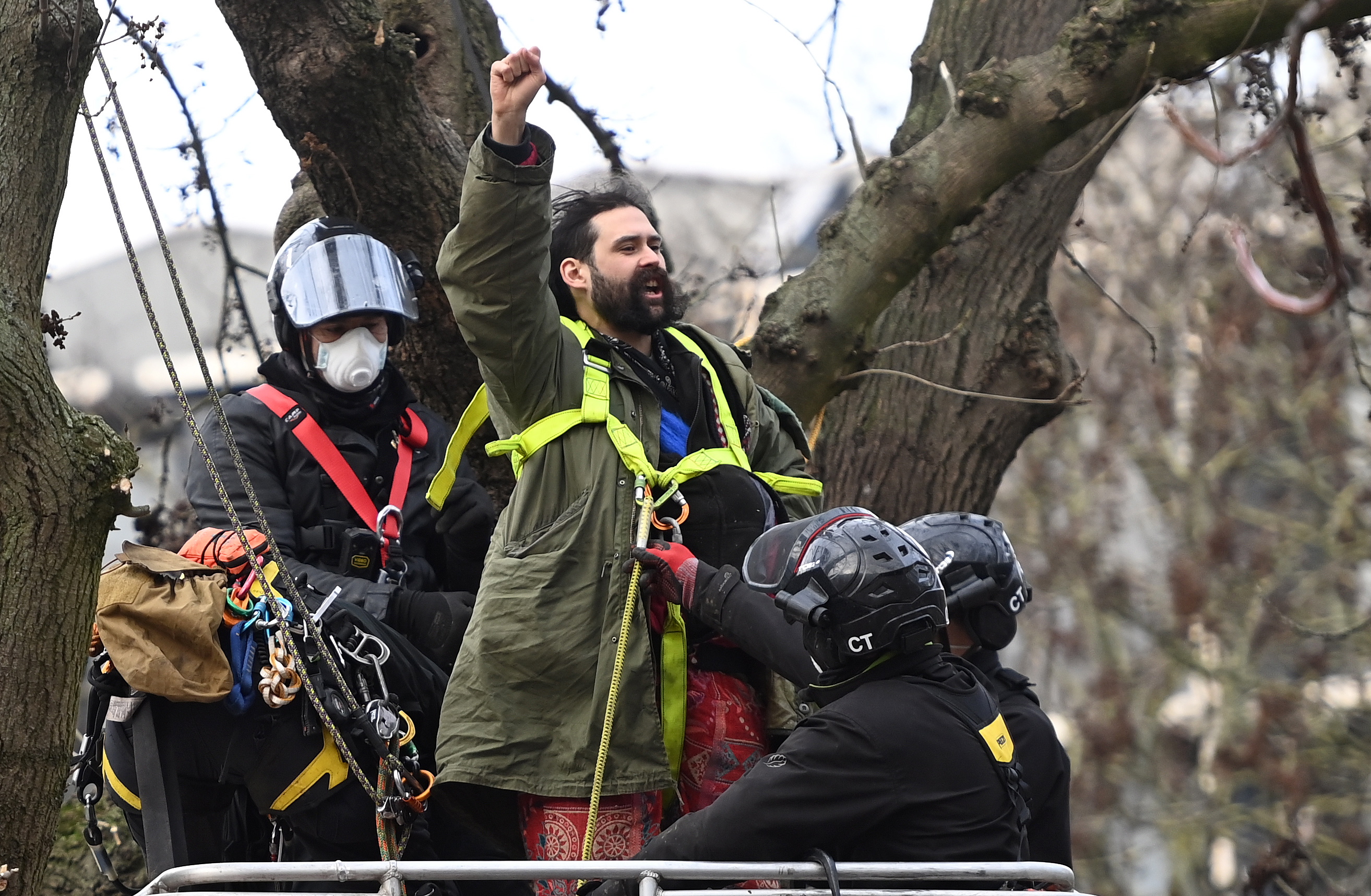