Louisiana has issued a state of emergency in preparation for a hurricane set to smash the Gulf Coast in three days’ time. The US National Hurricane Center said a weather system currently churning in the Gulf of Mexico will hit tropical storm strength by Thursday. But officials believe it is likely to become Hurricane Barry by the time it makes landfall. Scientists and meteorologists are worried about the amount of rain expected to be dumped over New Orleans, which is in the storm’s path.

The Mississippi River defence levels are almost at the brim from recent heavy rainfall.

A potential hurricane could bring a storm surge raising the river 20 feet above sea level.

The average levee – or embankment – is 20 feet, meaning the city is at risk of widespread flooding.

Louisiana Governor John Bel Edwards, who issued the state emergency, told reporters: “There could be a considerable amount of overtopping of Mississippi River levees in Plaquemines Parish on both the east bank and the west bank.” 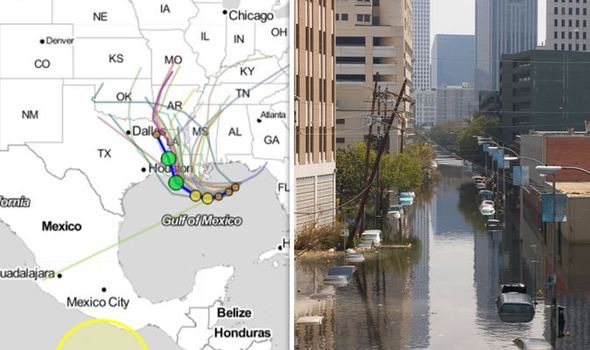 But University of Georgia meteorologist Marshall Shepherd was less cautious, urging of a “potentially dire situation” about to take hold.

New Orleans was left underwater after being battered by category 5 Hurricane Katrina in 2005.

Hundreds of people were killed and 130,000 were displaced after storm surge measuring up to nine metres high caused levee flooding to devastate the city.

The death toll was estimated to be between 1,200 and 1,850 people when indirect deaths are taken into account. 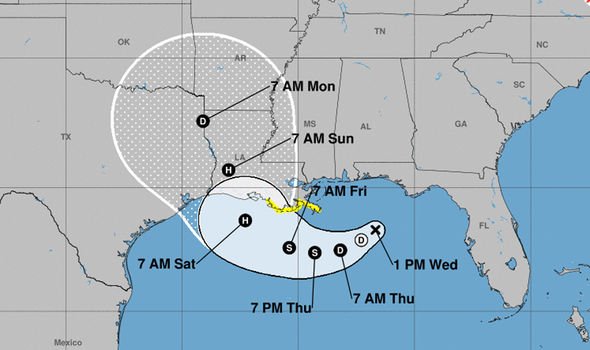 George W. Bush was criticised for his slow response in responding to the emergency.

Shocking images from the time captured people sat on their rooftops completely stranded with nowhere to go.

Officials are taking no changes this time around.

Governor Edwards urged residents to gather water, non-perishable food and other emergency items ahead of the storm’s arrival. 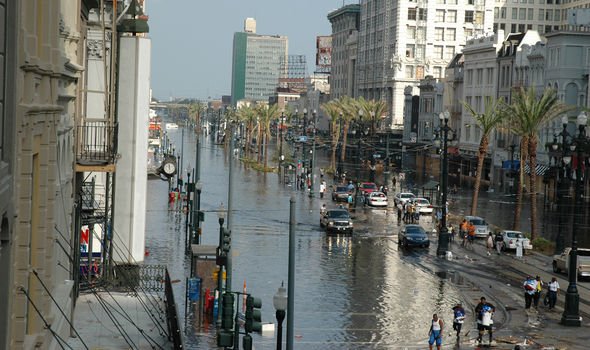 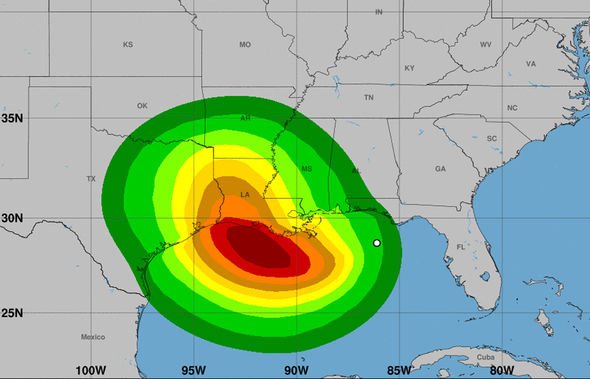 “If you haven’t already prepared yourself and your family for a severe weather event, you need to go ahead and do that.”

NOAA has warned of storm surge reaching five feet between the mouth of the Pearl River to Morgan City in Louisiana.

Southeastern Louisiana, will bear the brunt of the winds and rain could be drenched by up to 15cm of rain – but some areas could see 46cm.