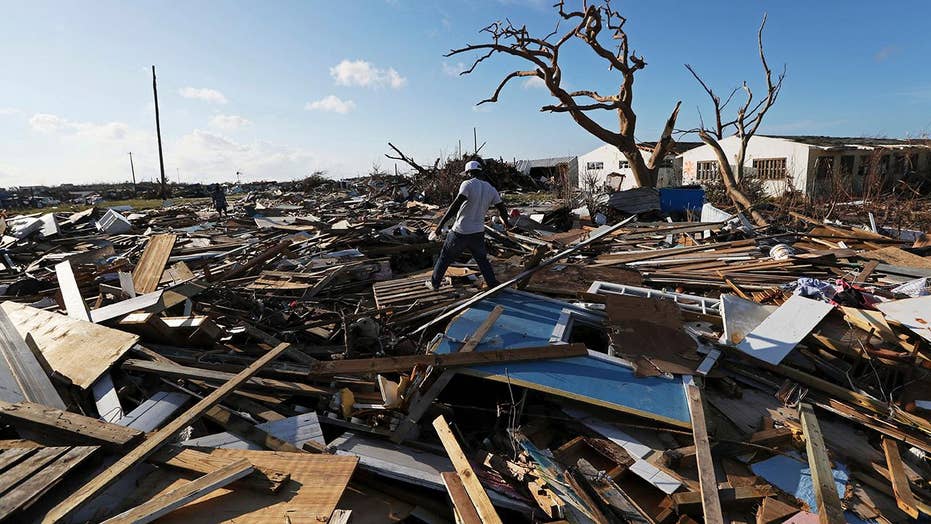 Rescue and relief efforts are underway in the Bahamas after the deadly storm; Steve Harrigan reports from Freeport.

ABACO, Bahamas — Under the blazing sun, American doctors and pilots are making life-saving decisions on tarmacs across the island devastated by Hurricane Dorian.

This seven-person team from Martin County in Florida loaded a cardiac patient from a borrowed and beaten up Chevy onto Acute Air Ambulance’s Leer jet en route to Fort Lauderdale.

Dr. Michael Ferraro, an emergency room doctor from Cleveland Clinic Florida, was on the fourth plane to land here after the storm.

“The local hospital, especially in the Marsh Harbour area, can’t handle any patients right now acutely so we’re just evacuating them all out. Pregnant women, who are four months pregnant and bleeding, not a lot I can do for them here,” Ferraro said. “We’re getting them out.”

Acute Air’s fleet of four aircraft has been picking up and helping as many Bahamians as possible who lost everything in Hurricane Dorian.

HURRICANE DORIAN DEATH TOLL AT 44, BUT OFFICIALS, RESIDENTS KNOW IT WILL RISE DRAMATICALLY

Acute Air Ambulance began supporting relief efforts into the Bahamas once the main airport became accessible. It was the first civilian fixed-wing air ambulance company to bring medical search and rescue personnel into Nassau, and so far has flown 45 missions between Nassau, the Abaco Islands and Grand Bahama to transport the critically injured and ill to medical care. It’s also delivering medical supplies where needed.

Their medical team has seen it all.

“The worst devastation we saw was in Marsh Harbour,” said Shannon Taccalite, a part-time nurse from Parkland, Fla., who volunteered to jump on a plane to help on Thursday along with pilot George Kataikas, Dr. Ferraro, and a nurse practitioner and paramedics from Martin County, Florida. They have all been working around the clock to help bring relief, despite the devastation.

“We smelled more than what we saw. We ran into a certain rescue team that was going through a building in shelters and marking. They were seeing a lot of bad stuff,” she added.

The team is hoping to continue its mission.

Every flight is made possible by private funding and donations to cover the cost of fuel.

A GoFundMe page, managed through the Icarus Foundation, has been set up.

09/09/2019 World News Comments Off on Hurricane Dorian: Medical teams race to save lives in the Bahamas
Recent Posts
We and our partners use cookies on this site to improve our service, perform analytics, personalize advertising, measure advertising performance, and remember website preferences.Ok