A MUM lost her leg after it exploded following a freak accident in a supermarket car park.

Helen Way overstepped a curb while out shopping and had to have surgery and metal plates to fix the break. 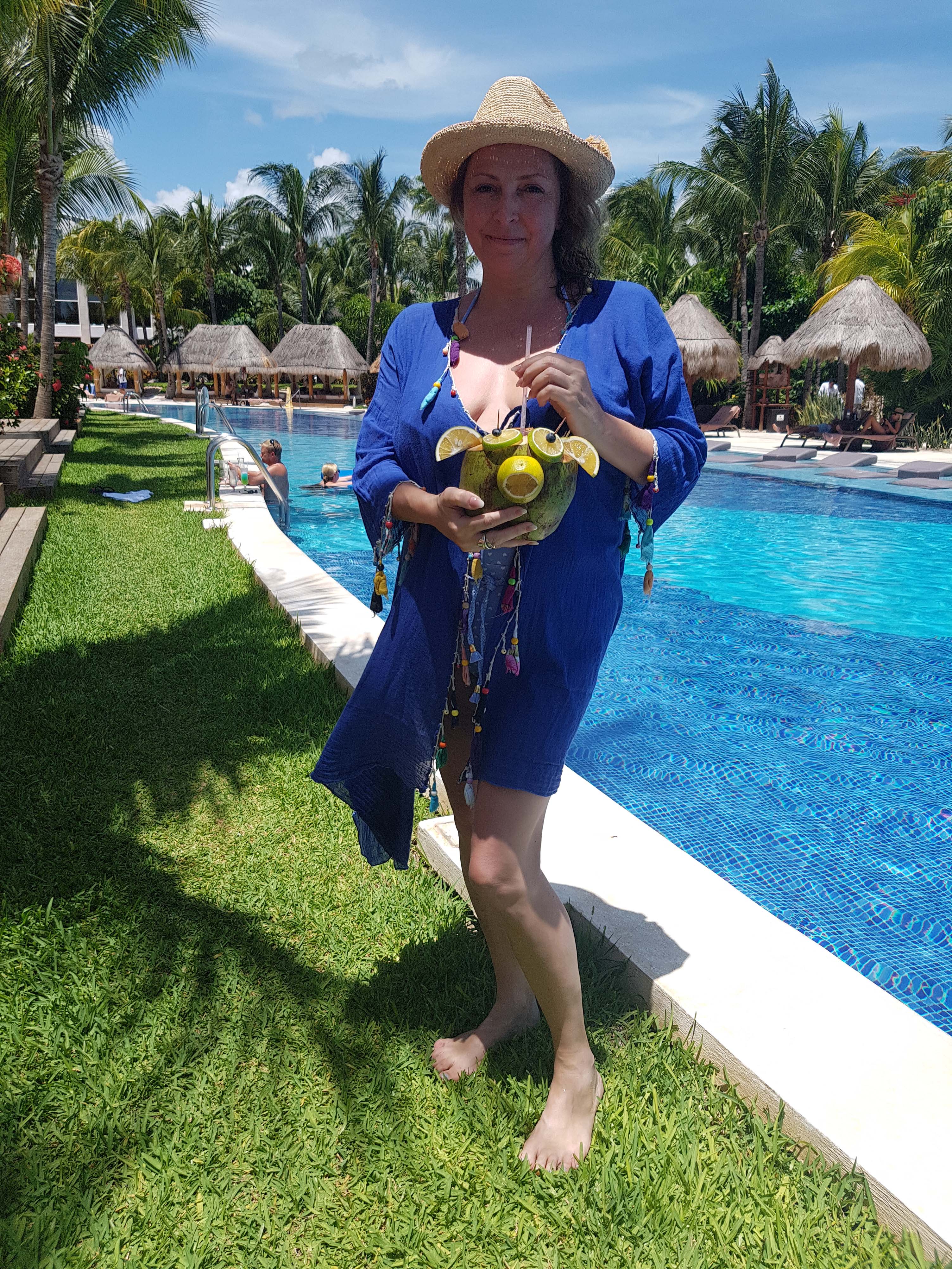 But the 49-year-old’s nightmare didn’t stop after the surgery and she developed an infection that led to life-threatening sepsis.

Helen, who is a mum-of-one from Trowbridge in Wiltshire, said doctors tried to save her leg by carrying out 12 surgeries but eventually came to the conclusion that it was “too damaged”.

Former business owner Helen said: “It was a freak accident as my knee broke in half from overstepping in November 2019.

“The doctor said I did a ‘spectacular job’ as I needed plates and screws to repair it.

“I spent 10 days in hospital but when I was discharged, I noticed the scar was weeping."

Helen was prescribed pain killers as her leg began to experience burning sensations. 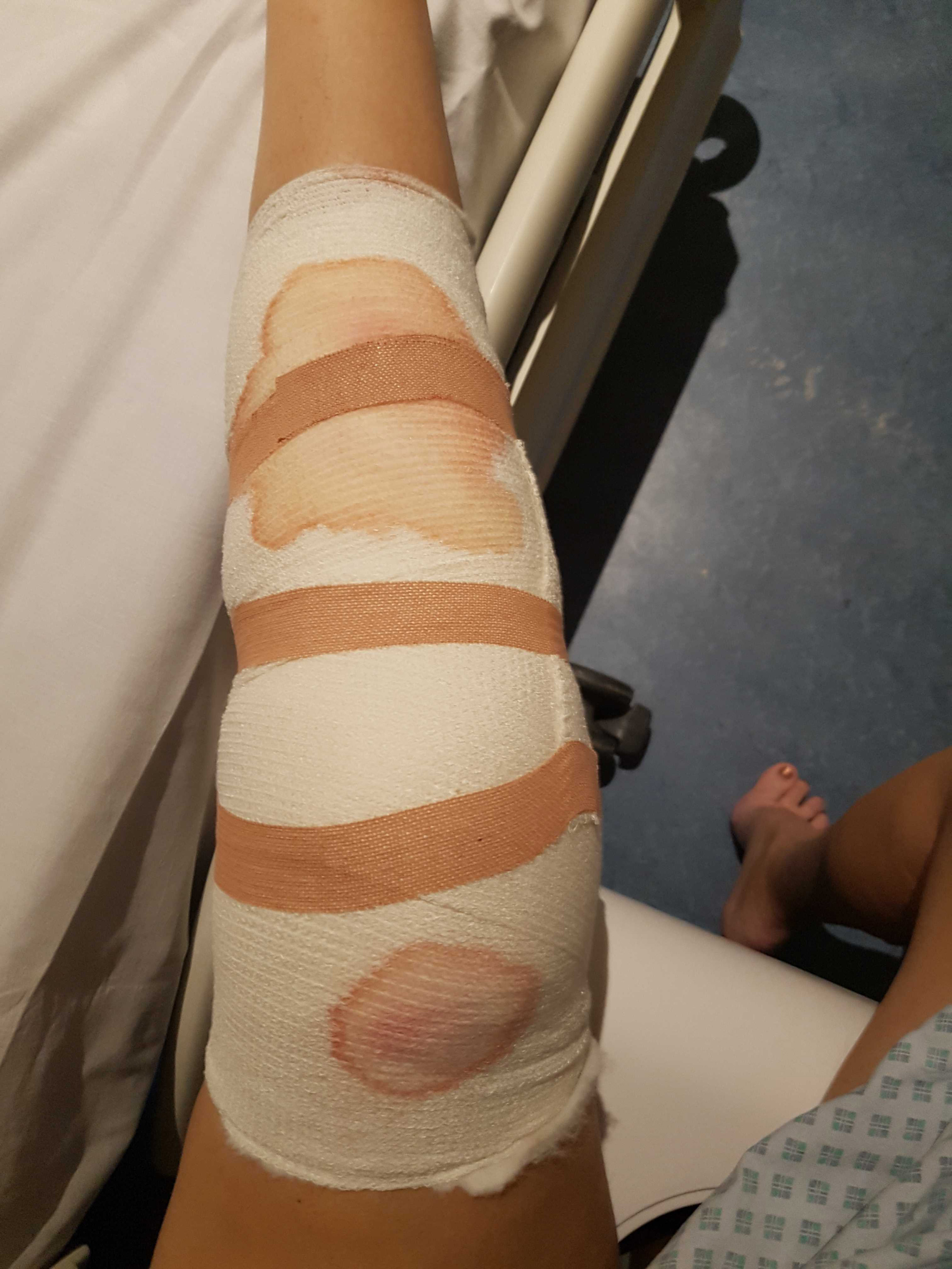 On December 13, she alerted medics during a fracture appointment about her sickness and fever and the continuous swelling of her leg.

She told doctors that she was worried and concerned about her health as she hadn’t eaten for a week and had been vomiting.

Helen said: “I was unable to touch my leg and had a fever.

“A blood test revealed I had a serious infection and I was blue lighted to the hospital.

“As I was sat there, I felt a pop and a sudden release.

“My lower leg exploded – it was disgusting.

“It was oozing with blood and pus all night whilst I waited for surgery in the morning.

“The bed was wet, it was absolutely foul.” 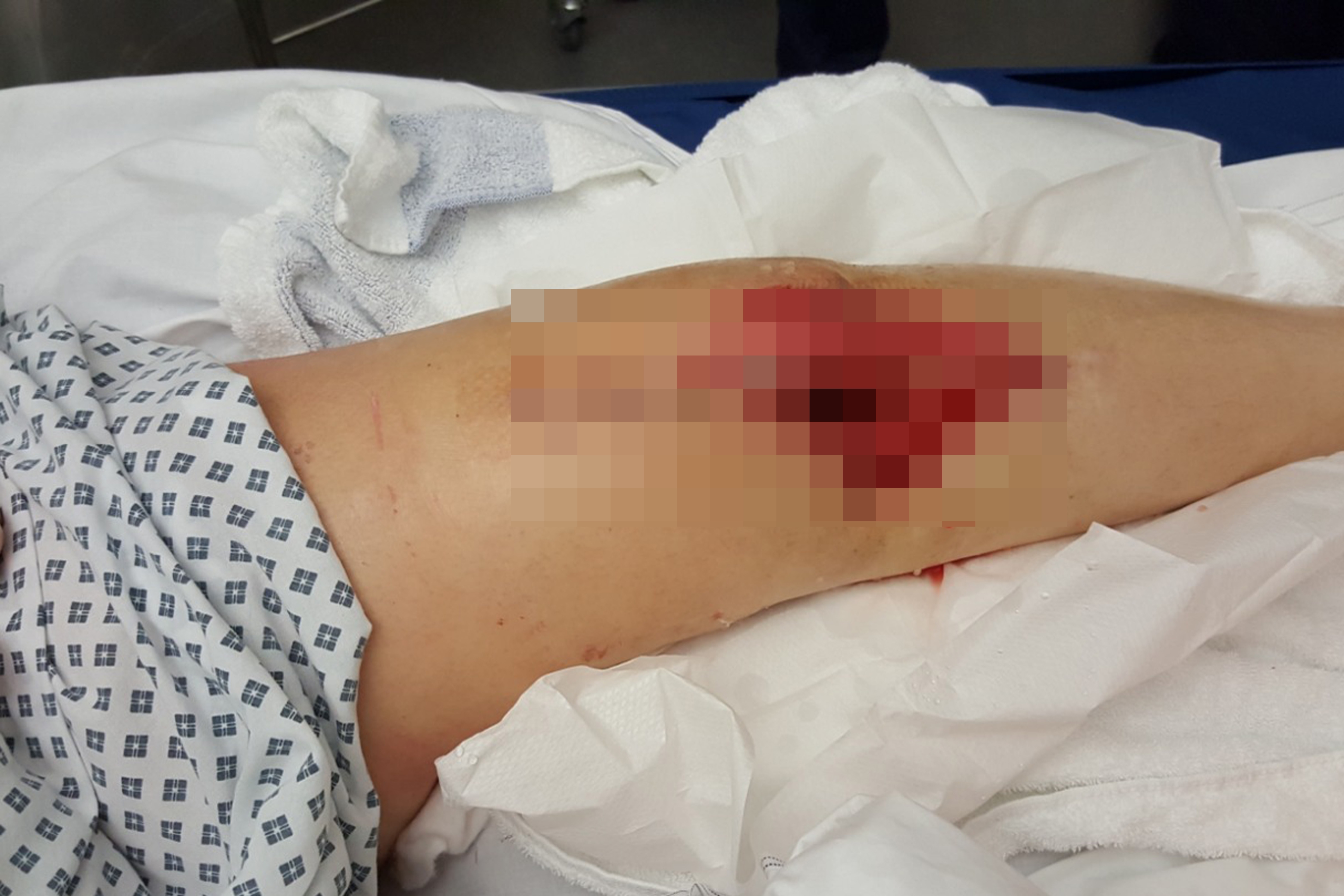 The condition is always triggered by an infection.

Most often the culprit is an infection we all recognise – pneumonia, urinary infections (UTIs), skin infections, including cellulitis, and infections in the stomach, for example appendicitis.

Typically, when a person suffers a minor cut, the area surrounding the wound will become red, swollen and warm to touch.

This is evidence the body's immune system has kicked into action, releasing white blood cells to the site of the injury to kill off the bacteria causing the infection.

The white blood cells and platelets form blood clots in the tissues around the cut.

Blood vessels swell to allow more blood to flow, and they become leaky, allowing infection-fighting cells to get out of the blood and into the tissues where they are needed.

This causes inflammation, which appears to us as the red, warm swelling.

When sepsis happens, this system goes into overdrive.

The inflammation that is typically seen just around the minor cut, spreads through the body, affecting healthy tissue and organs.

The immune system – the body's defence mechanism – overreacts and the result is it attacks the body.

It can lead to organ failure and septic shock, which can prove fatal.

Helen had to have multiple surgeries to clean the wound but it continued to bleed and at this point she had become delirious and doctors diagnosed her with florid sepsis.

She was placed in intensive care as her organs started to shut down and Helen said it felt like she'd had operation after operation.

Helen had to spend 18 days in ICU and it was there that doctors discovered she had a rare drug interaction called pyroglutamic acidosis – which Helen said was also contributing to her critical condition.

She added: “As soon as this was diagnosed they were able to start treating me correctly and further operations were more successful.

“Unfortunately the damage to the cartilage, partly due to the tear, but my leg required cutting away due to the infection, which meant that amputation was my only option.

“It was a combination of everything that had happened, not just sepsis”.
Helen says she barely remembers a thing due to the delirium but said she recalls “terrifying paranoia and hallucinations”. 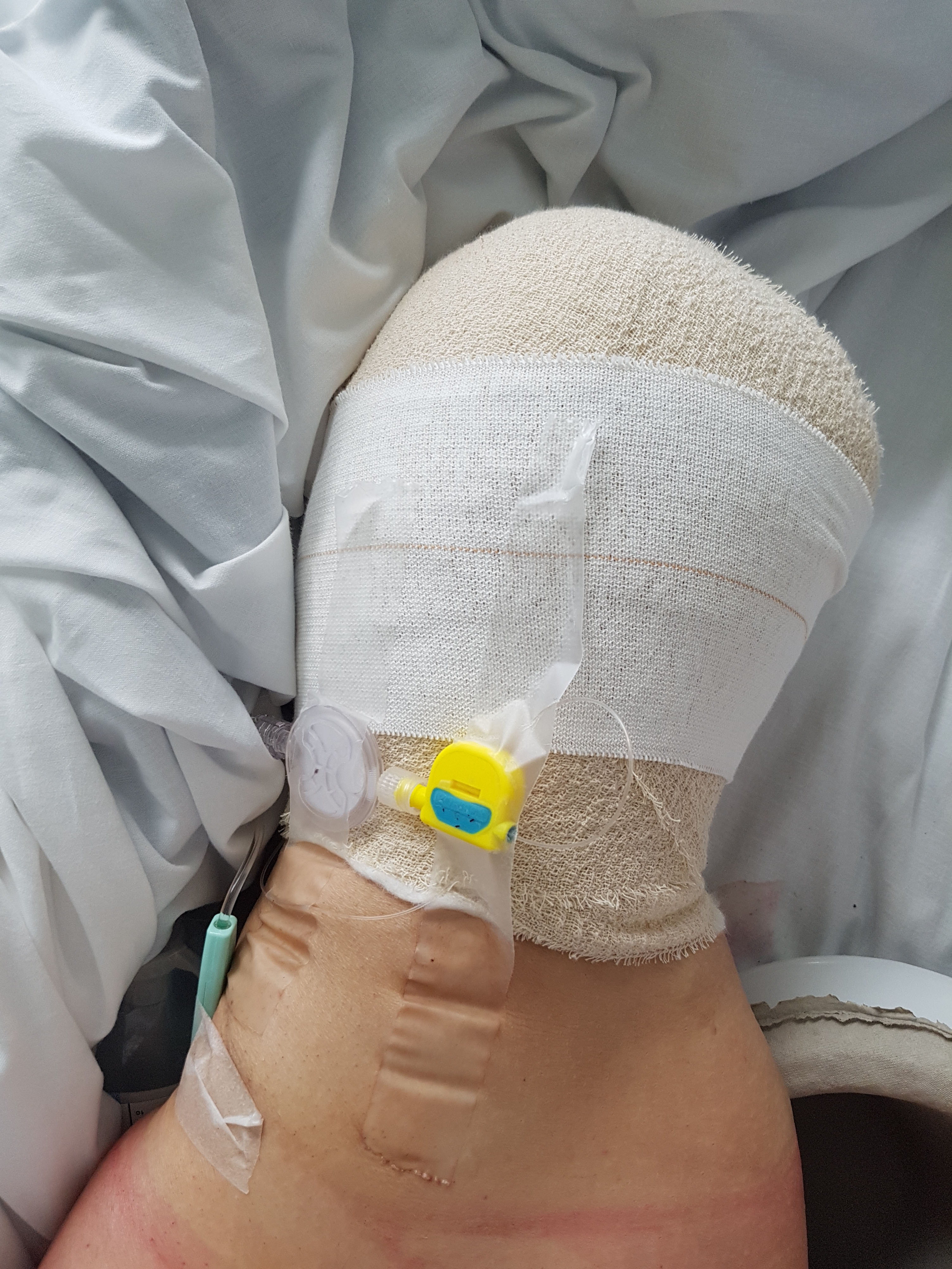 “My family thought they were going to lose me but somehow I pulled through,” she added.

While she was in ICU Helen had to have five blood transfusions and in January 2020 she was moved to a ward.

At this point, Helen said her leg was like a “leg of lamb” and doctors told her she needed to consider amputation.

She said: "For me, it was a no brainer as I could either live my life in pain with poor mobility because my knee was severely damaged – or have it off and start again.

"I was happy for them to take it away rather than hack at my other leg and body.

"I didn’t want to be turned into Frankenstein’s bride."

In October 2020 Helen received her prosthetic leg and said while it’s been hard for her, she tries to stay positive. 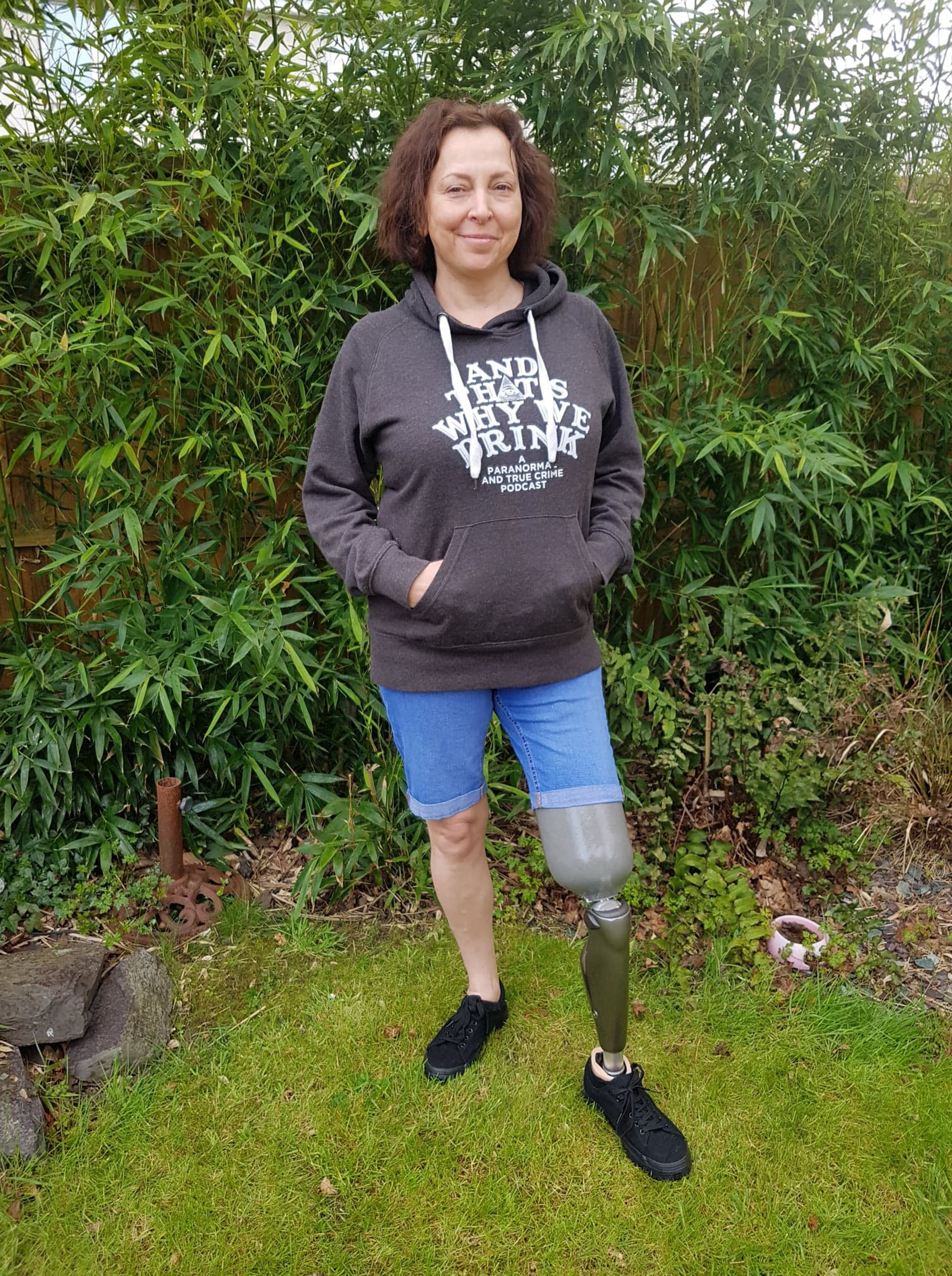 She said: "I wouldn't have been able to get through this without my incredible partner Andy, daughter Jess and my mum.

"They have been my rock.

"I am lucky to have supportive friends and family.

"I've faced some challenges and my independence has been altered but I am determined not to be defined by my disability."