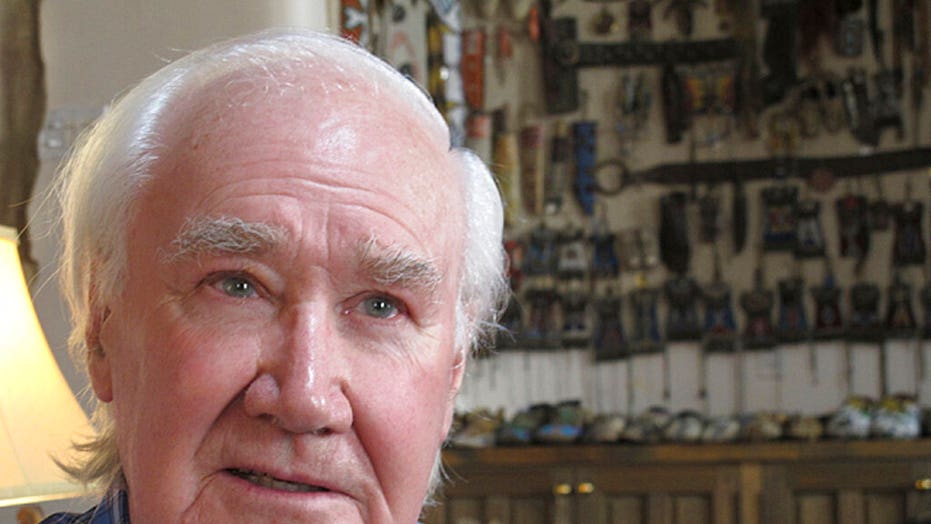 CHEYENNE, Wyo.  – A grandson of Forrest Fenn has confirmed that a medical school student from Michigan found an over $1 million treasure chest that the retired art and antiquities dealer stashed in the wilds of Wyoming over a decade ago.

“We wish Jack the best of luck, and we hope that the searching community will treat him with the respect that he deserves,” Old wrote.

Fenn, who was also a decorated U.S. Air Force fighter pilot during the Vietnam War, left clues to finding the treasure in a poem in a memoir entitled “The Thrill of the Chase.” 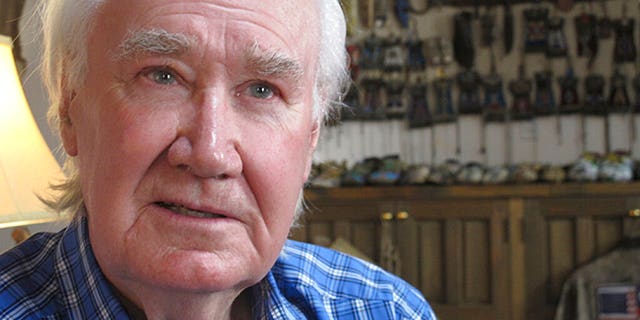 In this March 22, 2013 photo, Forrest Fenn sits in his home in Santa Fe, N.M. A grandson of Forrest Fenn has confirmed the identity of a medical school student from Michigan reported to have found an over $1 million treasure chest that the retired art and antiquities dealer stashed in the wilds of Wyoming over a decade ago. Jonathan "Jack" Stuef, 32, found the treasure in June, Fenn grandson Shiloh Forrest Oldposted  Dec. 7, on a website dedicated to the treasure. (AP Photo/Jeri Clausing,File)

Fenn at the time said he hid the chest filled with coins, gold nuggets and other valuables estimated in value at $1 million to $3 million in the Rocky Mountains north of Santa Fe in either Colorado, Montana, New Mexico or Wyoming.

The poem inspired many to go treasure hunting — sometimes getting into precarious situations in the unforgiving Rocky Mountain backcountry.

Fenn said repeatedly the treasure wasn’t in a dangerous or especially hard-to-reach place but at least four people died searching for the chest. Many others needed rescue, including a man who rappelled into the Grand Canyon of the Yellowstone in winter.

Fenn announced June 6 that the treasure had been found but did not say who found it or where. He said in July the treasure was found in Wyoming and died in September at age 90 without identifying the finder.

Stuef, meanwhile, initially remained anonymous in a Medium article published in September in which he described finding the treasure but not specifically how or where. The article on Monday identified Stuef as the author.

A court order in a federal lawsuit against the Fenn estate prompted Stuef to identify himself to writer Daniel Barbarisi, who’d been in touch with Stuef for a book he has been working on. Barbarisi identified Stuef in an article published Monday in Outside Magazine and wrote that Stuef became obsessed with the treasure after learning about its existence in 2018.

“I think I got a little embarrassed by how obsessed I was with it,” Barbarisi quoted Stuef as saying. “If I didn’t find it, I would look kind of like an idiot. And maybe I didn’t want to admit to myself what a hold it had on me.”

Fenn’s grandson, Old, also cited the lawsuit as a reason for confirming Stuef’s identity. In the lawsuit, a woman who believed the treasure was hidden in New Mexico claims the finder succeeded by hacking her texts and emails, Barbarisi wrote.

Stuef denied the allegations, saying he never met nor heard of the woman before the lawsuit and the treasure was nowhere near New Mexico, Barbarisi wrote.