A WOMAN is getting revenge on a parcel thief who swiped her wine by setting a trap – and she can't wait to see the look on his FACE-es.

Lorraine Bateman decided to take matters into her own hands after a man wearing a high-vis waistcoat pinched her box of wine from outside her home last Monday. 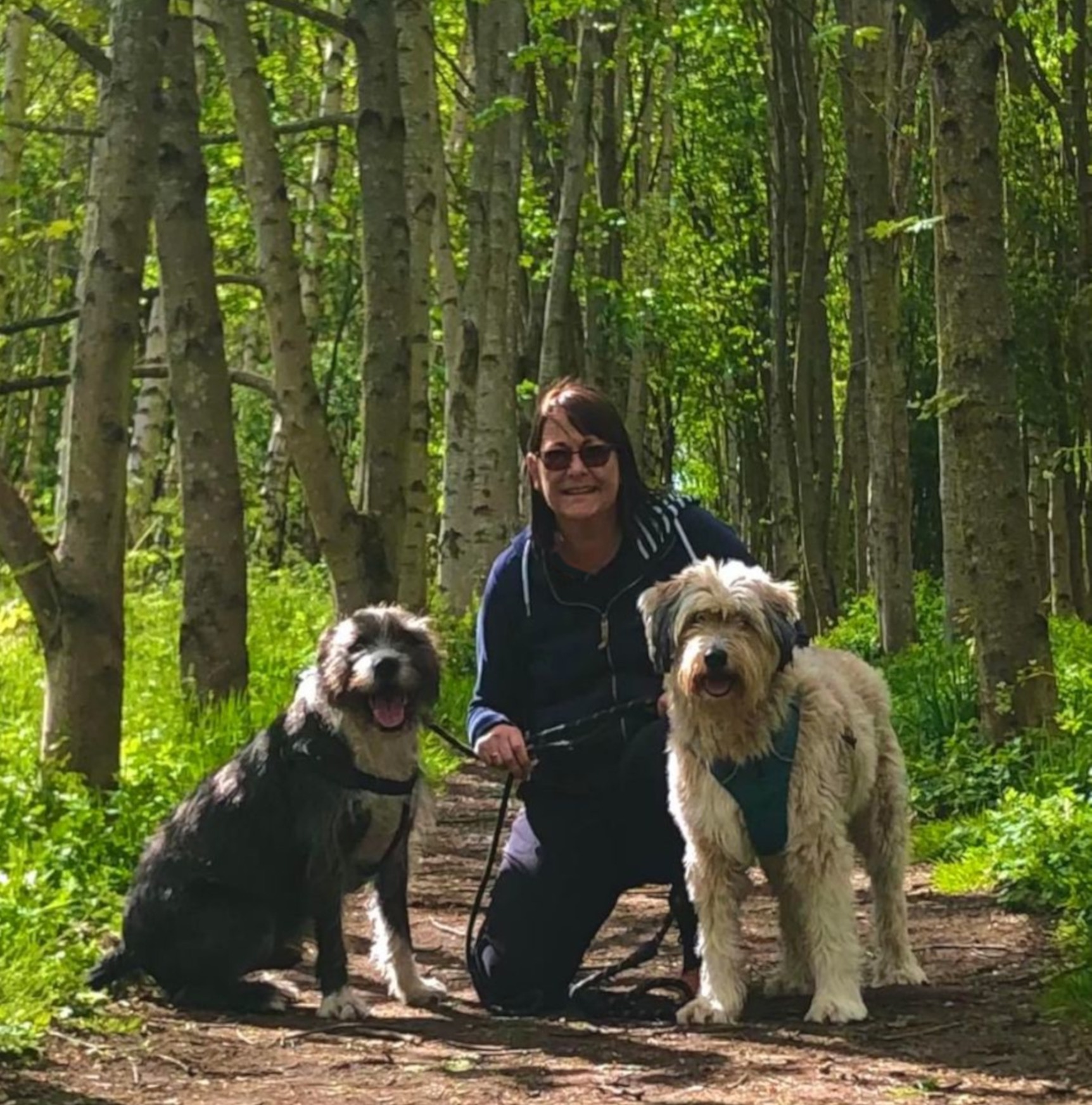 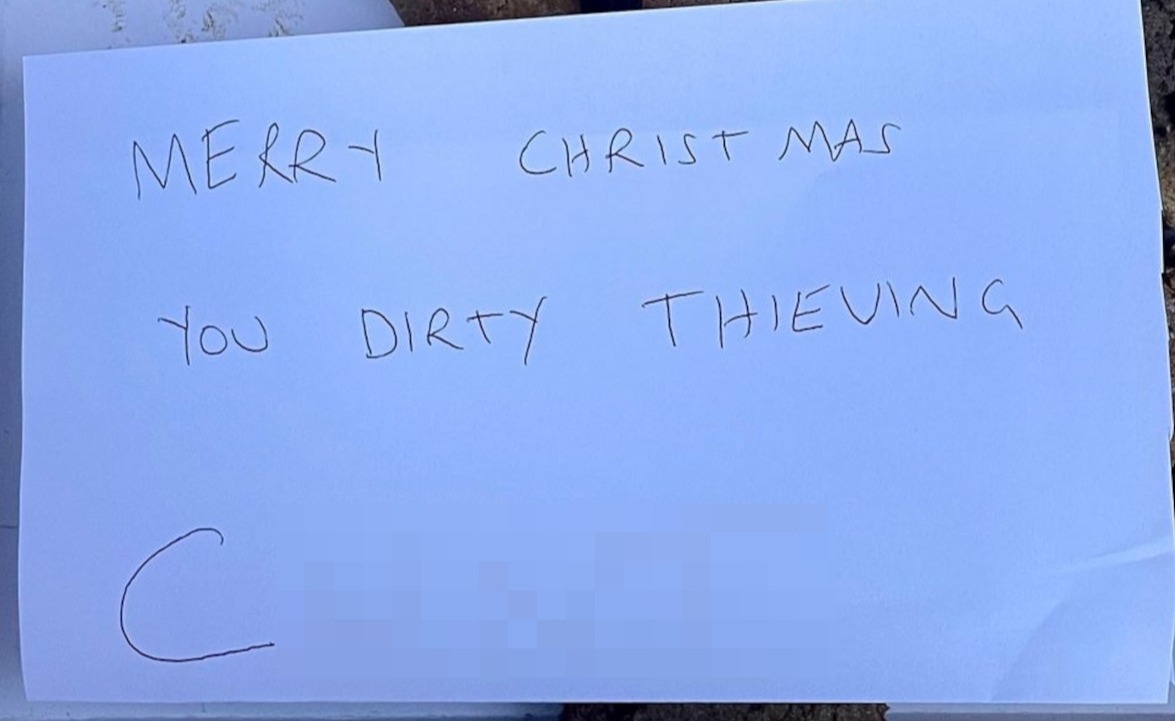 The 49-year-old enlisted the help of her two dogs, Bob and Erni, to leave quite the surprise outside her door for any light-fingered passersby.

She stuffed a swanky Sandro Paris shoe box with piles of DOG POO in the ultimate act of revenge for anyone attempting to steal her parcels.

Lorraine, from Leighton Buzzard, Bedfordshire, topped the fake parcel with a festive note – with a message almost as unpleasant as the contents of the box.

She hit out at the thieves and wrote: "Merry Christmas you dirty thieving c**t".

After the parcel remained untouched for two days outside of her home, Lorraine's daughter Daisy, 16, played her own prank with the poo.

She hid the package and fooled her mum into thinking it had been stolen, seeing Lorraine victoriously run through the house shouting: "They've taken the dog poo!"

The mum then took to Facebook to share the story of her success, writing: "I hope whoever stole this box outside my house in Linslade enjoys it.

"Serves you right you w****r for stealing my wine delivery box earlier this week.

The red-faced IT consultant later updated the post upon realising Daisy was behind the disappearing box.

Lorraine added: "I found out this morning that my 16-year-old had hidden it to see my reaction.

"I’m putting it back out now. She’s been cracking me up."

She explained she hatched the plan to stage the elaborate ruse after a box of wine had been stolen from outside her home, leaving her "fuming".

"I was returning some wine to Laithwaites as we forgot to cancel the delivery and I arranged for them to collect it last Monday," Lorraine said.

"Sadly, my mum passed away last Saturday so in my rush to start the plans for her funeral I left it outside under my front window.

"My eldest saw a man in high-vis walk off with the box, she assumed he was the delivery man but an hour later I got a call to say that Laithwaites were here and they were asking where the wine was so I knew it had been stolen.

"I was fuming, woke up early the next day and thought ‘I'm going to leave a box of dog poo out' so I filled a shoe box with Bob and Erni's finest, added a note and put it in an Amazon box and left it outside.

"It was there all day Tuesday so I left it out Wednesday as well. My husband and I were out for a few hours and when we returned the box was gone.

"I was running around shouting, ‘It's gone, they've taken the dog poo!’"

But the determined sleuth hasn't given up on her dog poo prank yet – and has put the box back outside her home ready for any potential thieves to nab. 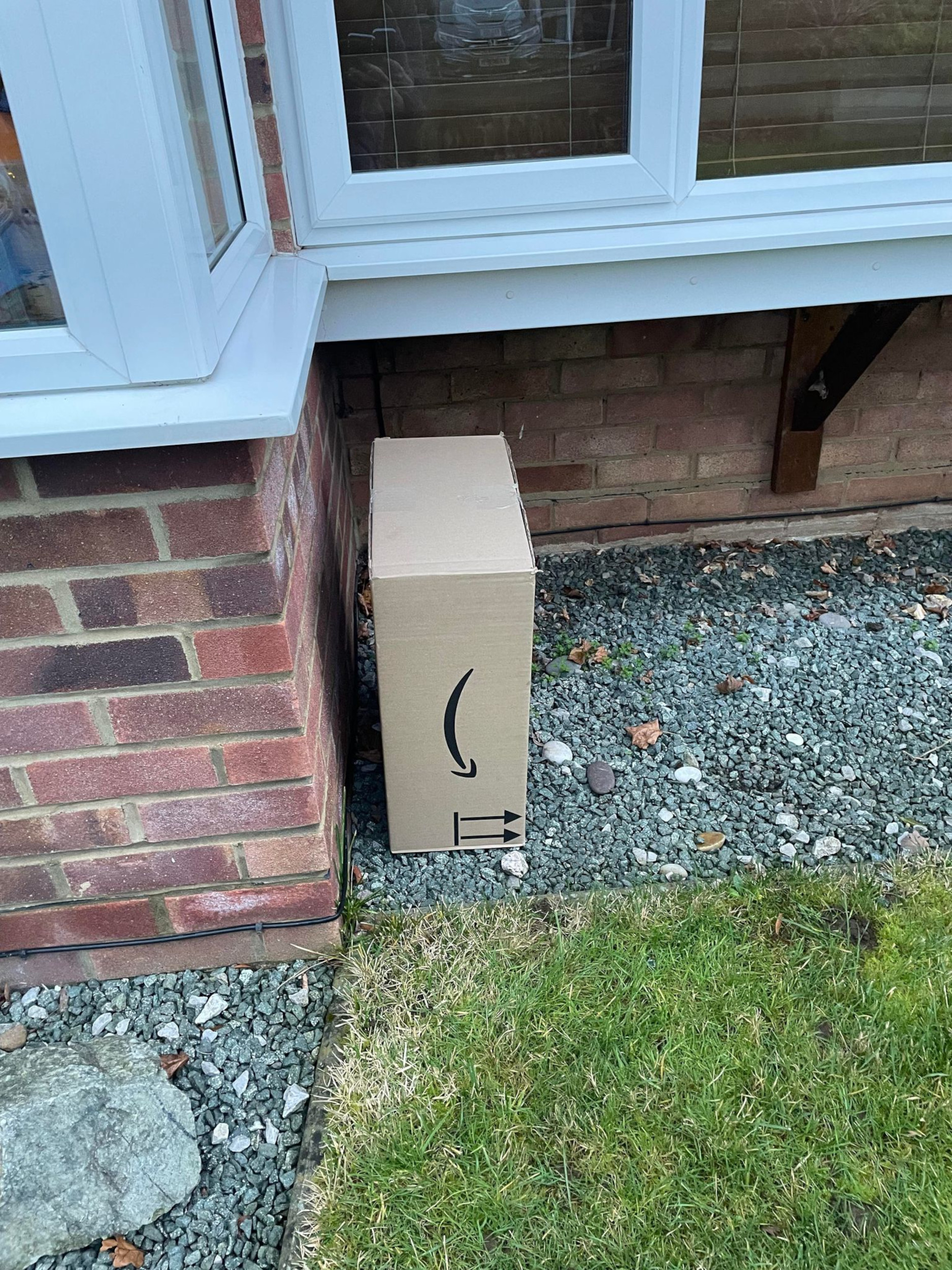