The internet has enabled the flourishing of countless subcultures, from the harmless to the less so. Lately, one of the latter group has begun to break into the mainstream: the "incels".

Incel is short for "involuntary celibate", and as their self-imposed name implies, these mostly young men have come to define themselves by their inability to find a sexual or romantic partner. Men who identify as being #foreveralone have gathered online in forums such as Reddit to trade stories of woe. 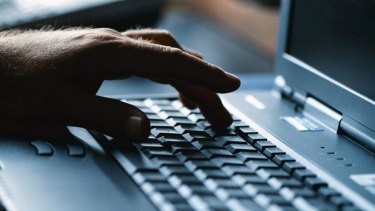 The incel subculture has become self-reinforcing in online forums.Credit:Michele Mossop

These communities tend to be self-reinforcing. Members believe that their looks or personal traits have consigned them lifelong loneliness, and similarly downbeat peers are always willing to add more fuel to that fire. And the incel community has developed elaborate, and elaborately misogynistic, theories to blame others for their plight, centered on the idea that women are shallow, stupid and cruel – exclusively choosing only a handful of the most attractive men to be with and disdaining the rest. All men should deserve a chance with women, incels tell themselves, but some men have all the luck while they get left out.

Today, the incel subculture has become not just self-reinforcing but self-radicalising, often with tragic outcomes. At its most horrifying extremes, self-described incels have taken their anger out on the women they believe are refusing them. At least two mass shooters have left behind manifestos identifying themselves as adhering to incel ideology, and explaining their actions as taking revenge on the world that hasn't given them the women they think they deserve.

Their conclusions are wrong, to put it mildly. Even the most attractive among us has experienced being single when we might prefer not to be, and women aren't obliged to have relationships, much less sex, with anyone. These men are obviously operating under a dark, self-perpetuating cloud of delusion. But we should still be paying attention to what this level of desperation is telling us – incels are the bleeding edge of a generation of struggling men.

A new uncertainty about their place in the world is leading men to spiking levels of anxiety and depression.

In his book Man Out: Men on the Sidelines of American Life, author and former New York Times reporter Andrew Yarrow describes millennial men as the "new lost boys". As many as one in three American 18- to 34-year-old men are unemployed, living at home, or at or near the poverty line, due to a confluence of factors ranging from economic shifts to student debt. Women are surging ahead, out-enrolling men in colleges and universities. A new uncertainty about their place in the world is leading men to spiking levels of anxiety and depression.

It's easy to conclude that the incels should just log off, look up, and get outside more – in the past, they might have been forced to do so. But human connection in the real world has become rarer, and often feels more difficult, than it used to be. Smartphones and gaming are replacing face-to-face interactions, the sort that might force one to confront one's social difficulties or develop a better understanding of the lives of others. Free-floating pornography, persistently sexualised media and ubiquitous swipe-on-sight dating apps have made sexual relationships – or, at least, sex – seem like something everyone is having without us, and that we might be failing by not having enough of.

The internet makes the fear even worse: It's easier to deal with a tilting social landscape by living online, where those who feel the most threatened and aggrieved can reiterate their pain, promote their favourite narratives, and resist information that doesn't conform to their world view. And it's those who feel disconnected from society already – in many cases, those men who are short of job opportunities, falling behind in relative education and otherwise confounded by changed expectations – who tend to spend the most time there.

Incel communities illustrate this phenomenon at its most acute. Angry, frustrated men discuss in detail the women they think have rejected them, and how social shifts have become inescapable obstacles the world has arrayed against them.

"We have lived our entire lives believing the 'bluepilled' lies that society tells us," wrote one man on Incels.com. "Work hard and you'll be rewarded. Just be yourself and you'll find a nice girl. But life has been hard on us, people have been hard on us, and none of this s— made any sense until everything suddenly clicked: we live a misreable [sic] life because we are ugly."

It's no surprise that misogyny flourishes in these forums. But the flip side of women gaining ground doesn't have to be men falling behind and lashing out.

The incel phenomenon is a predictable endpoint for a culture that increasingly uses sex as a marker of success, while at the same time losing human connection and substituting the internet in its stead.

The solution won't be just to teach these men how to get offline and find girlfriends, or even just remind them yet again that misogyny is a bad road. To treat modern life's ugliest symptoms, we'll first have to confront the disease.