A SUPER-strong titanium sub has dived down to study the world’s deepest shipwreck – FOUR MILES beneath the waves of the Pacific Ocean.

The USS Johnston was first discovered lying at the bottom of the Philippine Sea two years ago but parts of the rusting wreckage were too remote to reach. 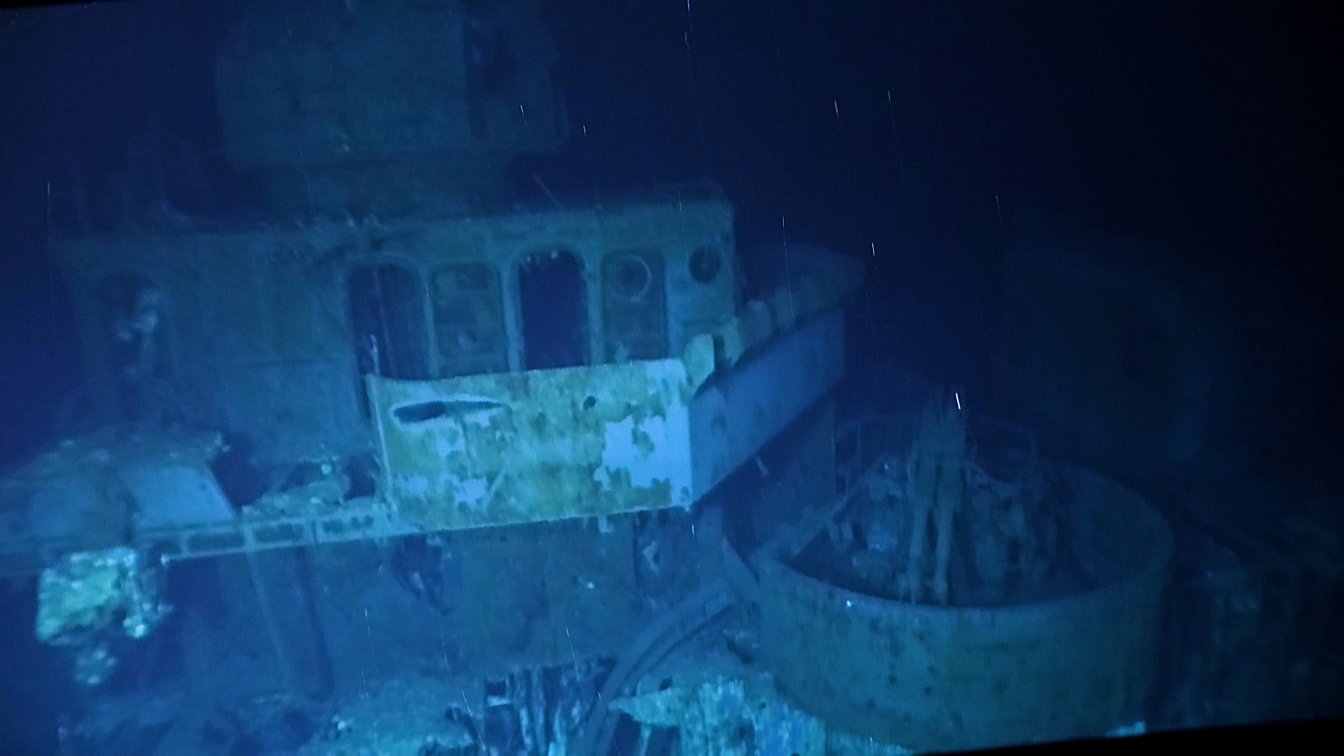 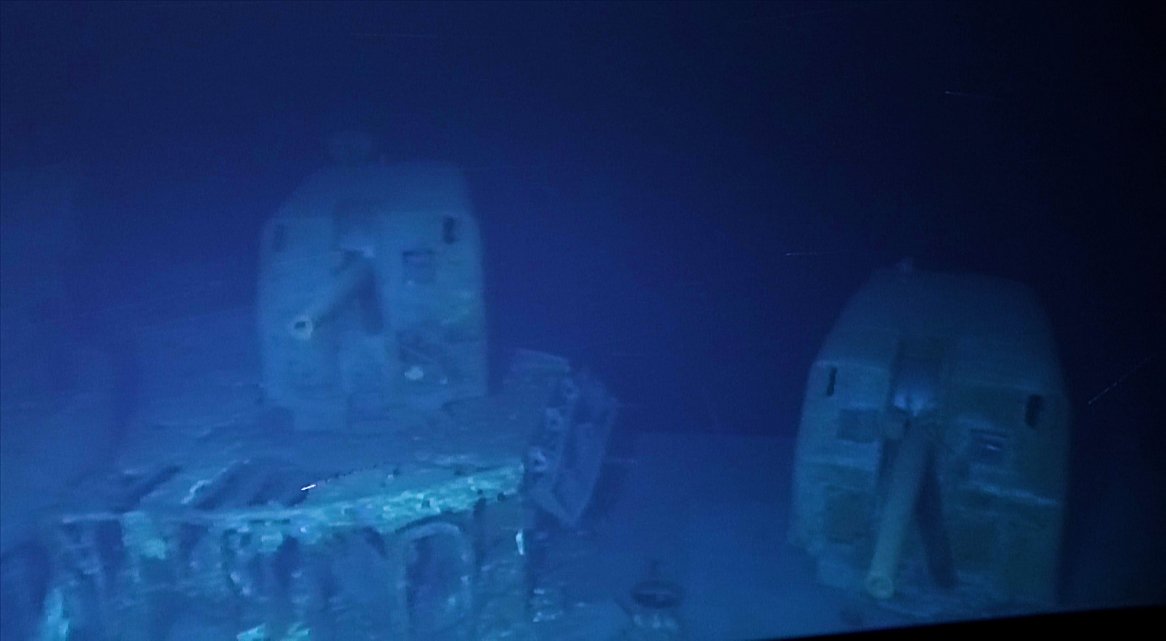 Now a team of intrepid explorers have spent multiple hours surveying and filming the scuppered WWII ship during a series of daring dives.

Victor Vescovo, who piloted the special deep-sea sub, told the BBC: “The wreck is so deep so there's very little oxygen down there.

"While there is a little bit of contamination from marine life, it's remarkably well intact except for the damage it took from the furious fight.”

The small "tincan" destroyer took on a massive fleet of Japanese battleships in October 1944 during the Battle of Samar.

After a bruising three-hour fight, in which the Johnston sank "destroyer after destroyer", according to the US Navy, it finally succumbed to the onslaught. 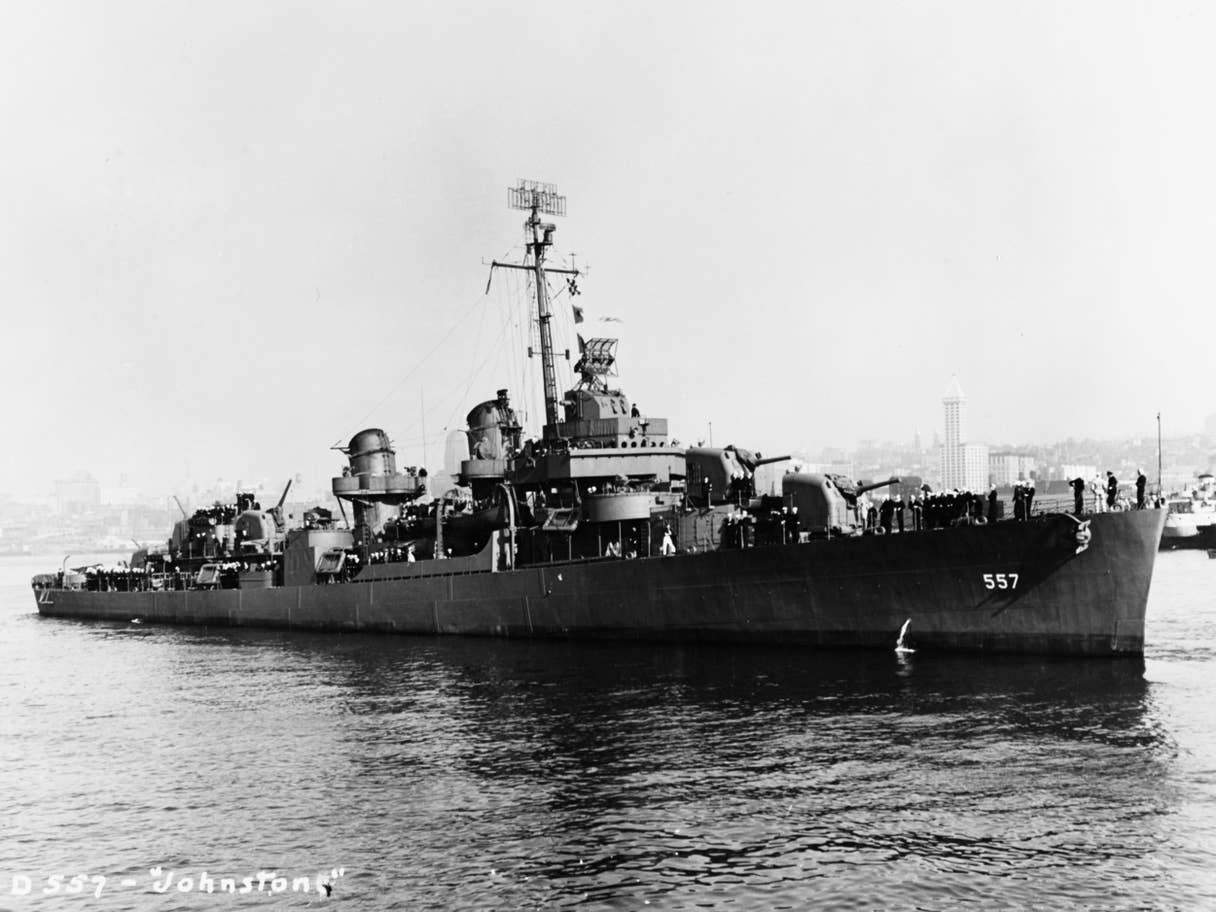 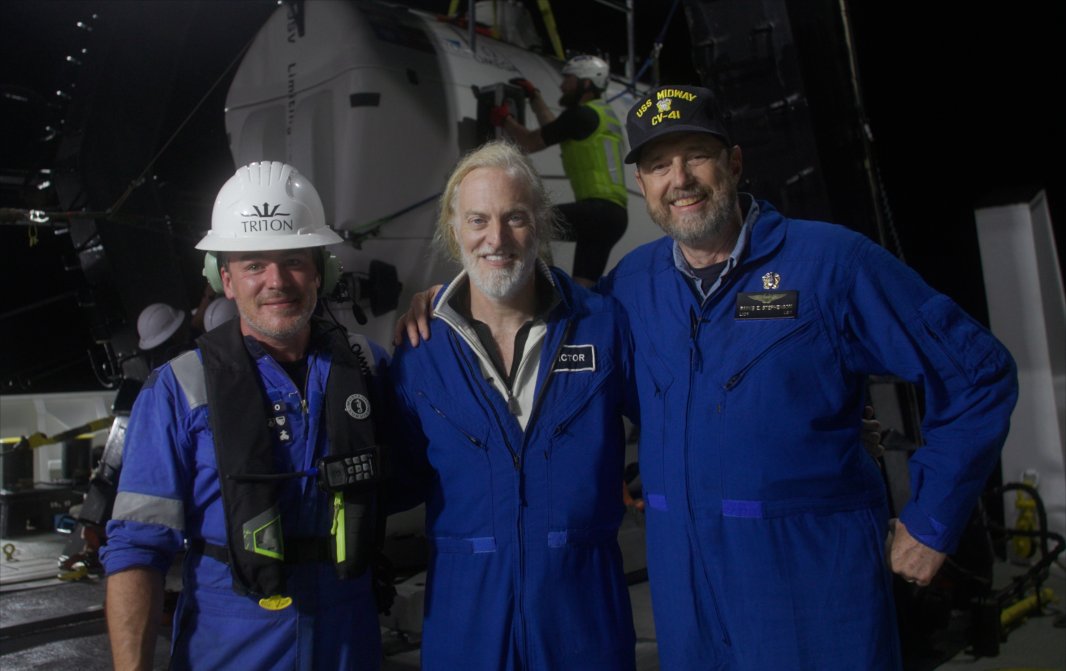 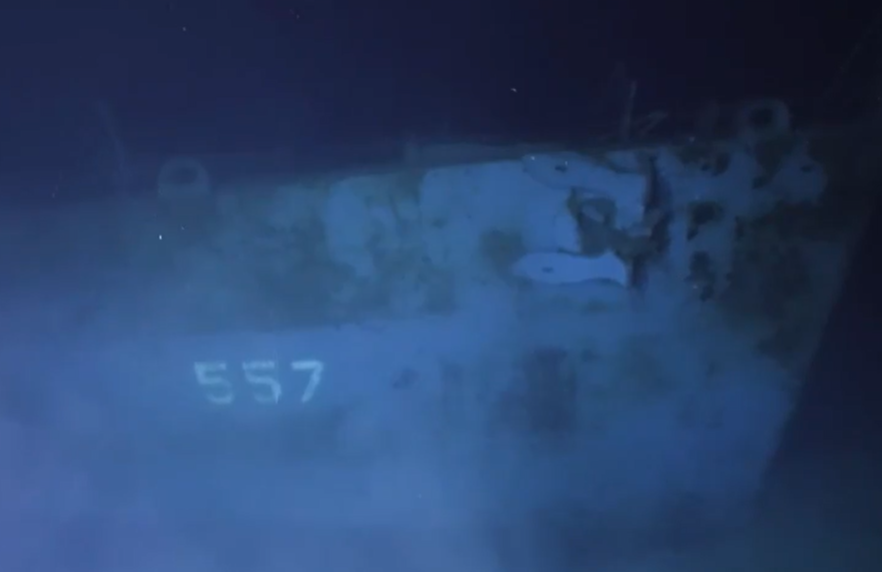 The Sun Online previously told how the wreckage – whose exact location is being kept under wraps – was first discovered in 2019.

Back then,parts of the destroyer were filmed with a remotely operated vehicle (ROV).

However, some lay deeper than it was able to reach, so for the new expedition a submersible called the DSV Limiting Factor was used.

That sub has a 9cm-thick titanium pressure hull that two people can fit inside, and it is able to descend to any depth.

It has already been used to scour the deepest place in the ocean, the Mariana Trench, which lies six miles down, as well as the doomed Titanic.

Mr Vescovo said that the hull number – 557 – could be clearly seen on both sides of the USS Johnston's bow and its gun turrets were virtually intact. 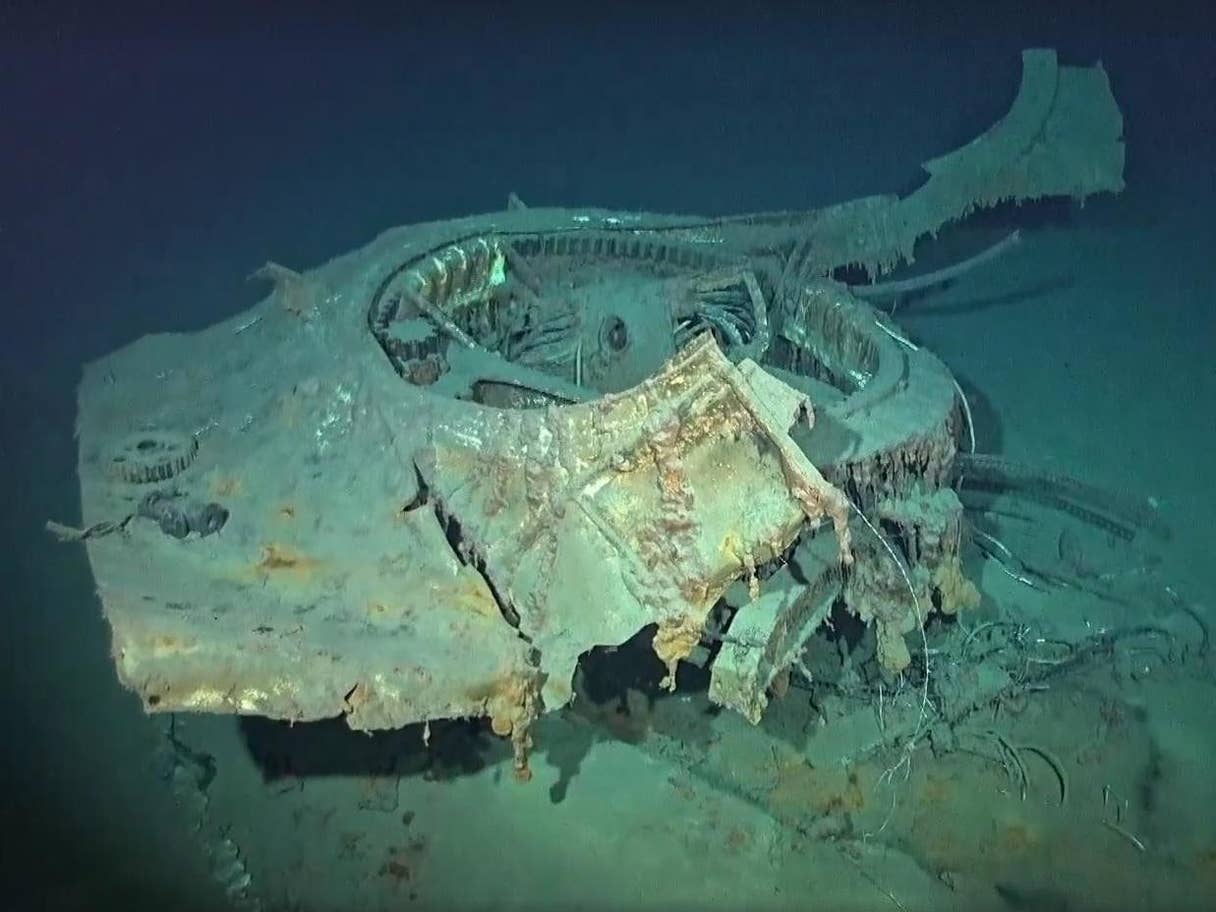 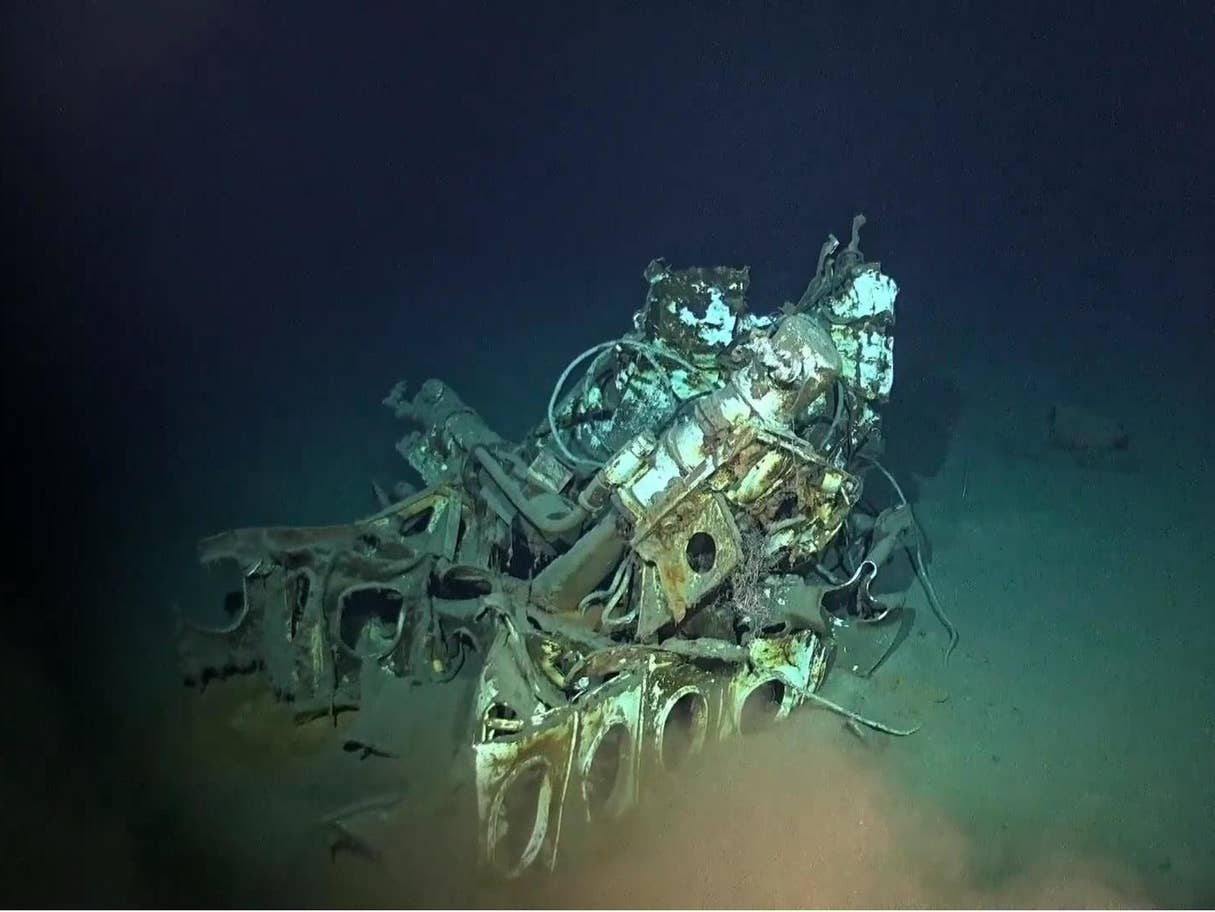 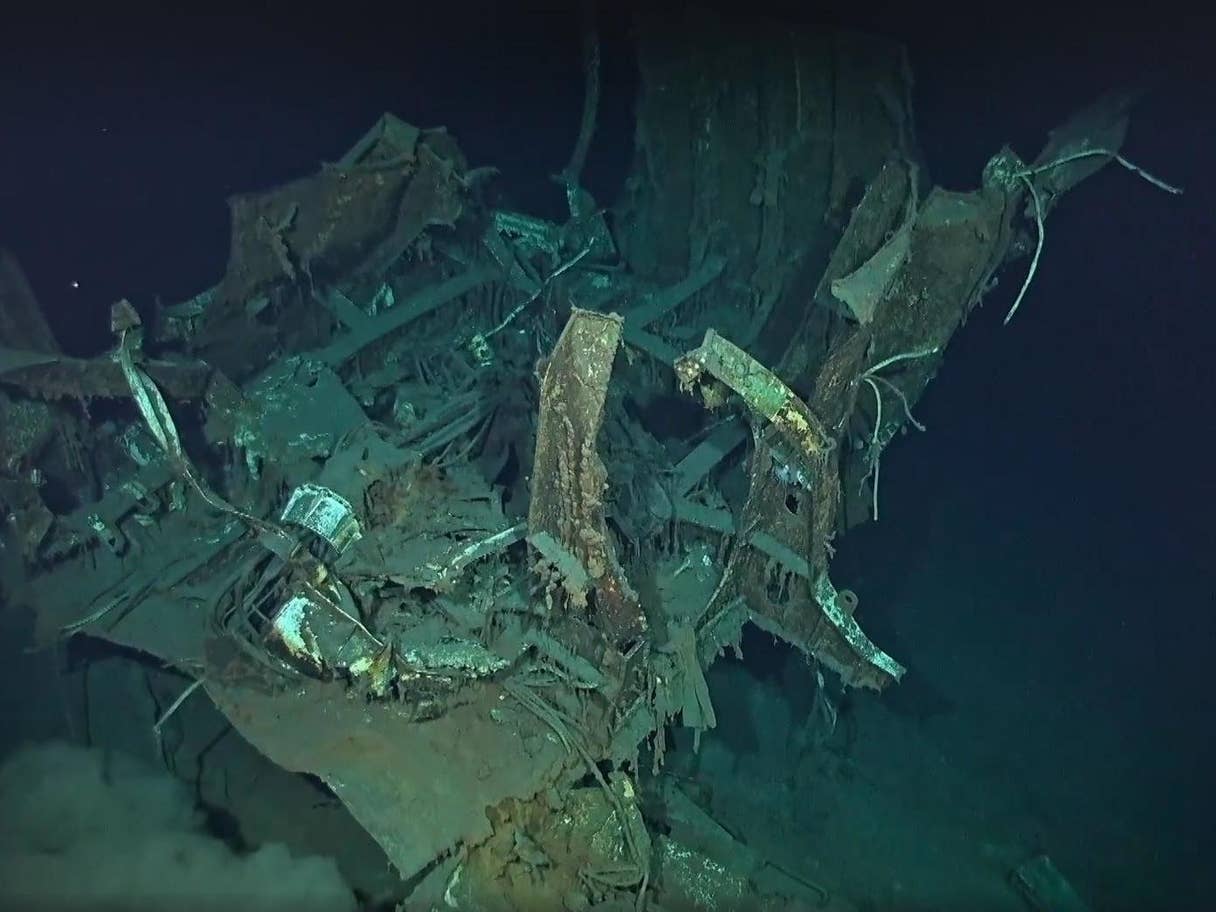 “The gun turrets are right where they're supposed to be, they're even pointing in the correct direction that we believe that they should have been, as they were continuing to fire until the ship went down,” he revealed.

“And we saw the twin torpedo racks in the middle of the ship that were completely empty because they shot all the torpedoes at the Japanese.”

The wreck was first found using remotely-operated vehicles 20,406ft below the surface, equivalent to 64 Big Ben towers stood atop one another.

It's the deepest wreck ever found, trumping the previous holder, a German vessel found at 18,904ft, according to the Guinness World Records.

The Battle of Samar was part of a wider Pacific skirmish known as the Battle of Leyte Gulf, considered the largest naval combat in history. 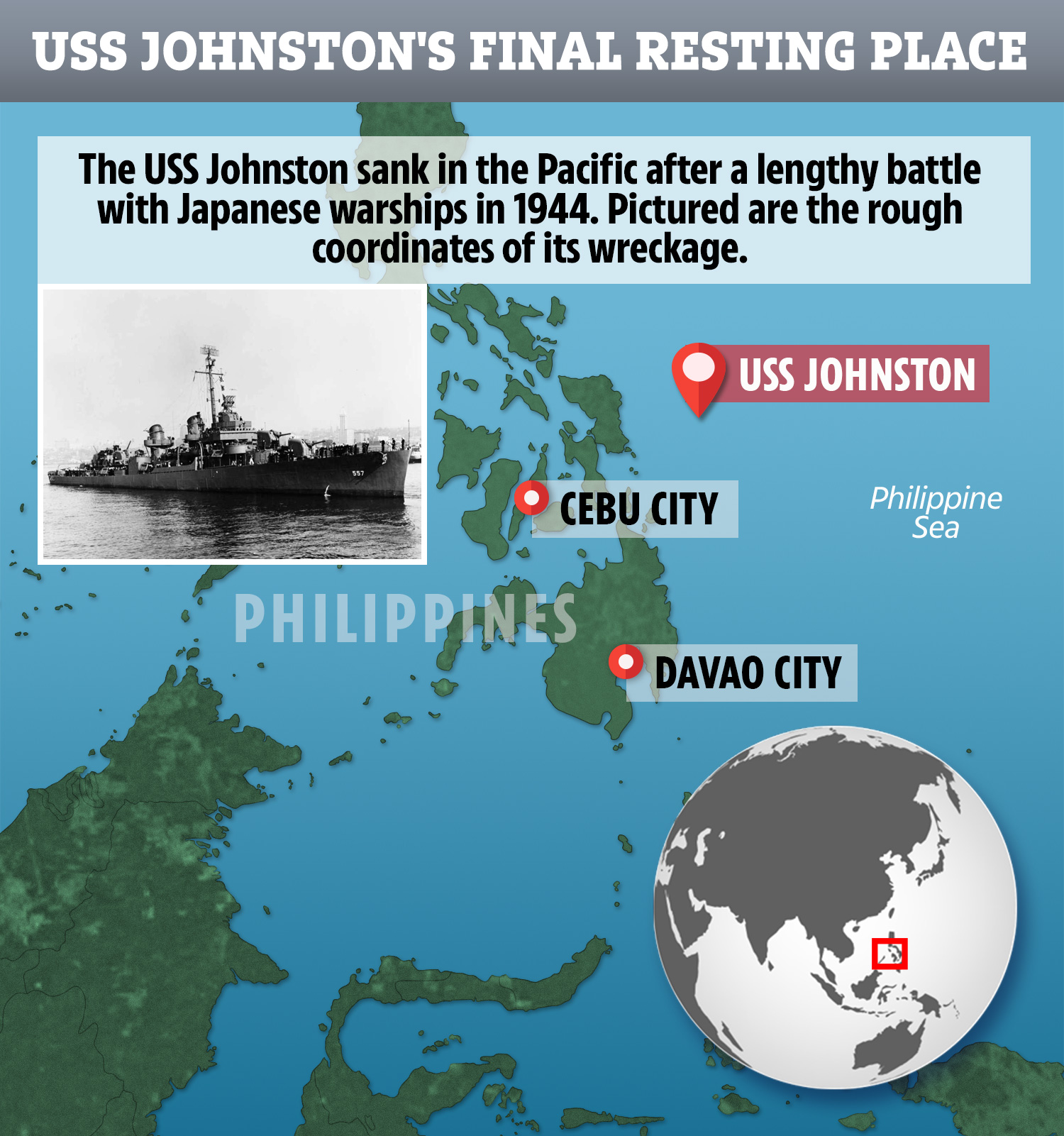 The Imperial Japanese Navy rallied nearly all of its major naval vessels in the fight in a bid to protect the islands of Southeast Asia from US invasion.

Thanks to the work of some clever Japanese decoys, which pulled away Navy ships with heavy firepower, a fleet of seven light vessels was left to defend a large patch of the gulf.

"This is going to be a fighting ship," Evans said at Johnston’s commissioning in Seattle in 1943, according to the Naval History and Heritage Command.

"I intend to go in harm’s way, and anyone who doesn’t want to go along had better get off right now."

The Japanese eventually overcame the Allied group, and sunk the Johnston after a grisly three-hour battle.

However, the Battle of Samar is widely considered one of the greatest last stands in military history.