A huge humpback whale ‘almost capsized’ a boat by breaching just metres away from it, spraying the passengers in ‘stinky water’ as it flung itself metres out of the water.

Wyatt Betzel was boating off the Whitsunday Islands, Australia, on August 1 when he and his three mates were stunned to witness the surprise show-off stunt from the colossal mammal.

Incredible footage shot by the 19-year-old shows a giant humpback whale shoot its head and body out of the deep blue water barely 15 metres from the vessel. 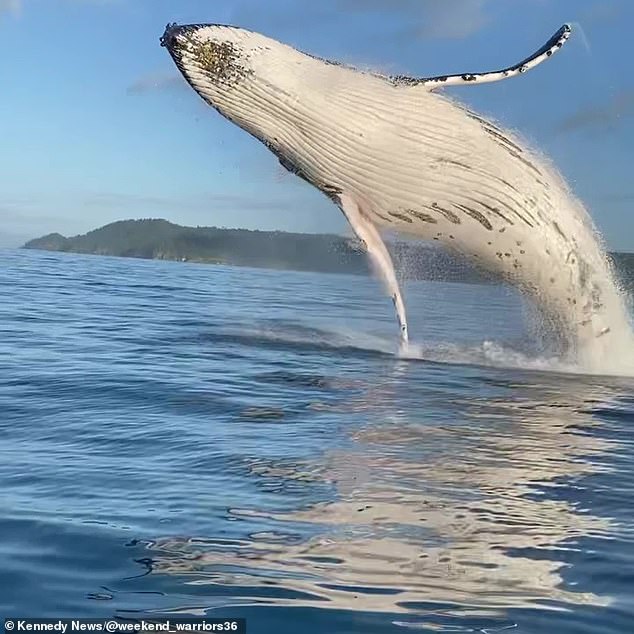 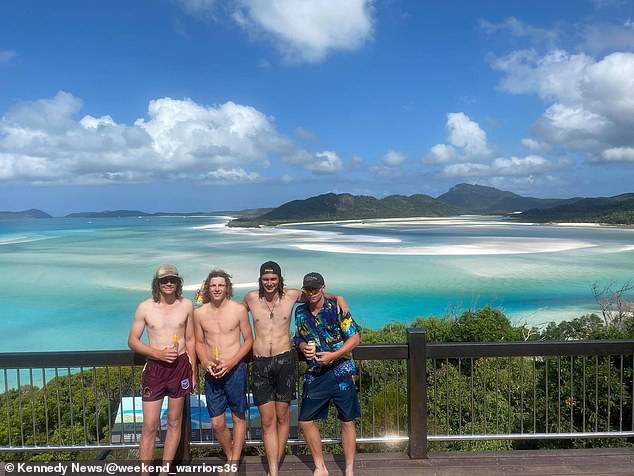 Mr Betzel (pictured second from the left) captured the amazing footage which has since gone viral, as people are in awe of their encounter with a humpback

Despite its enormous size, the whale managed to do a full 360 degree spin in mid-air before crashing back into the sea, sending a torrent of water at the boat.

Although the spray smelled, carpenter Wyatt and his mates couldn’t hide their excitement as the whale re-emerged from the water and swam off into the distance.

‘When it jumped out of the water it blew water all over us and it really stank. The wave was so strong it almost capsized the boat,’ Mr Betzel said.

‘We didn’t realise we were anywhere near the whale until it breached right by us. It was no more than 15 metres away when it landed.

‘At first we didn’t know what was going on but then we were in awe of what had just happened.

‘I’ve seen whales before but never this close. It was a real once in a lifetime moment.’

Wyatt’s video has been viewed more than 35,000 times since being uploaded online with some people saying their ‘mouths had fallen off’ while others said they wish they’d been in the boat.

One commenter said: ‘Omg I wish that was me in that boat.’

Another person wrote: ‘My mouth nearly fell off.’

While another added: ‘Bit close for comfort but what a capture of the moment.’ 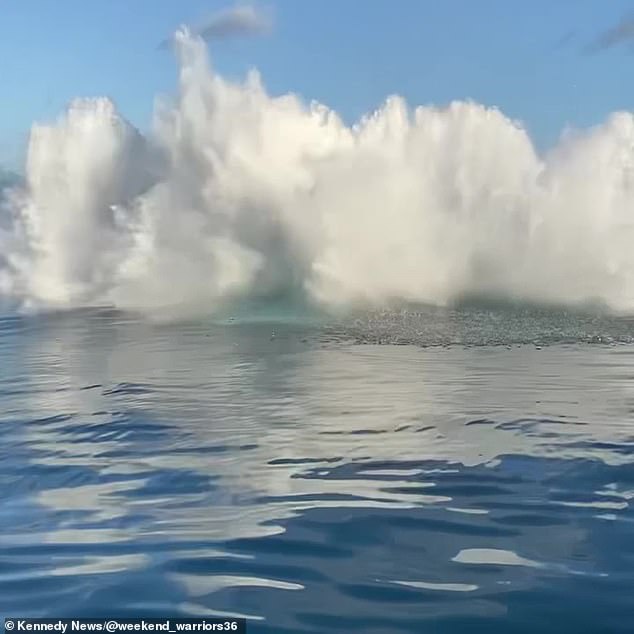