KOLKATA/NEW DELHI (Reuters) – A leading Indian doctors’ association called for a nationwide strike on Monday, stepping up protests by medical staff demanding better security at hospitals after an attack on doctors in Kolkata. 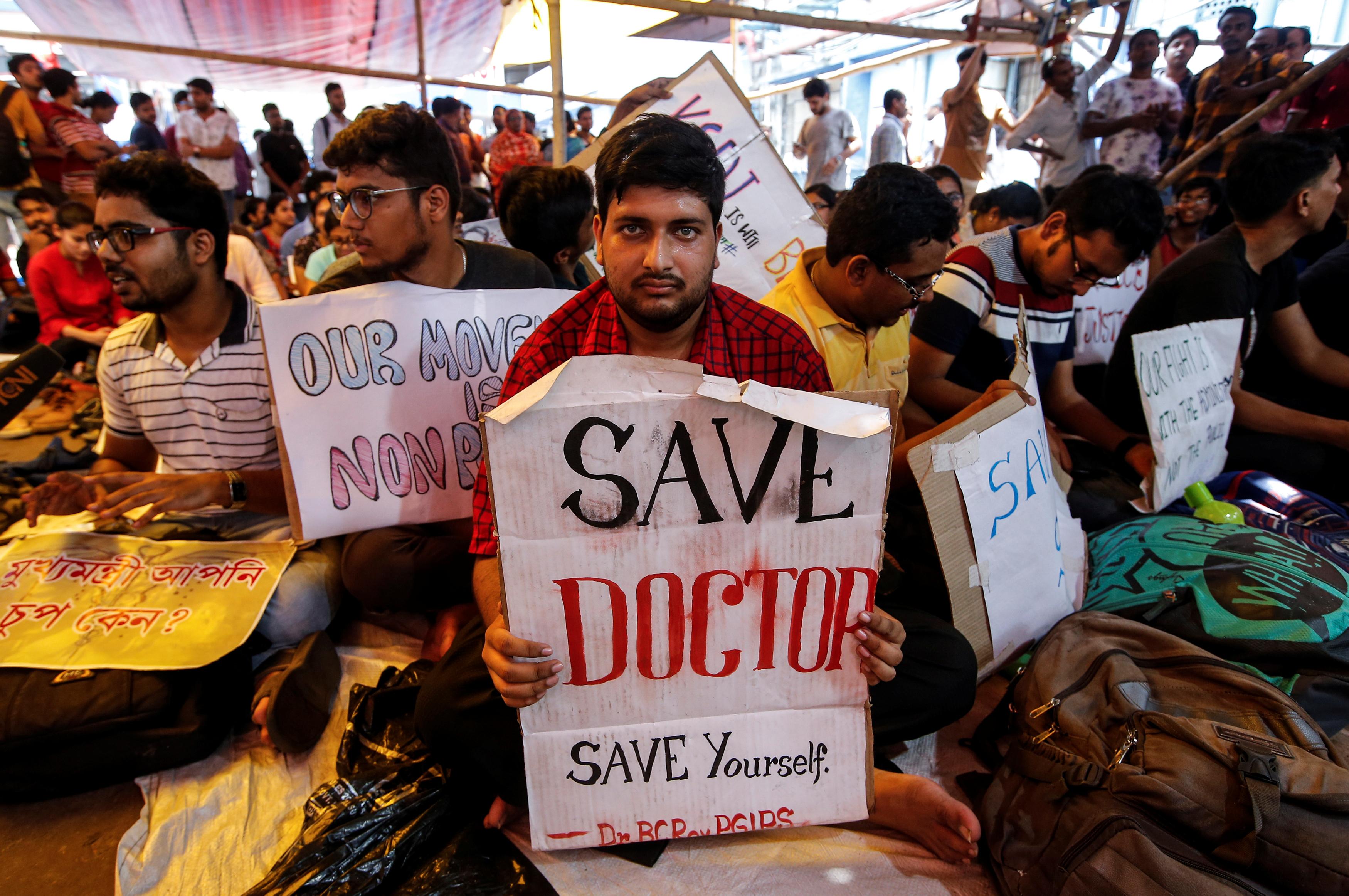 The move could paralyze hundreds of government-run health facilities across India. Thousands of doctors across the country went on a strike on Friday.

The state of West Bengal, of which Kolkata is capital, has been the worst hit by the strike with at least 13 big government hospitals affected.

The protests were launched in response to an attack at the NRS Medical College in Kolkata on Monday that left three junior doctors seriously injured after a dispute with a family whose relative had died.

Doctors demanding better security began a strike but their action was confined to the state. West Bengal Chief Minister Mamata Banerjee condemned them on Thursday, saying police did not strike when one of their colleagues was killed.

Banerjee’s remarks, which included a warning that junior doctors would be evicted from their hostels if they did not go back to work, triggered a nationwide reaction.

The Indian Medical Association (IMA) said the “barbaric” attack at the NRS reflected a national problem and called for a countrywide protest. It also demanded legislation to safeguard doctors.

Nearly 30,000 doctors were on a one-day strike on Friday, most in West Bengal, New Delhi and the western state of Maharashtra, according to figures proved by medical associations.

The IMA had previously called for a protest on Friday, but later in the day asked for the protests to continue over the weekend, and a nationwide withdrawal of non-essential services in all health care institutions on June 17.

All emergency and casualty services will continue to function, IMA, which represents nearly 350,000 doctors in the country, said.

The federal health minister, Harsh Vardhan, tried to calm the furor, promising better security at hospitals and calling on Banerjee to withdraw her ultimatum.

“I urge doctors to end their strike in the larger interest of society. I will take all possible measures to ensure a safe environment for them at hospitals across the country,” Vardhan said on Twitter.

India spent an estimated 1.4% of its gross domestic product on healthcare in 2017/18, among the lowest proportions in the world. Many millions of Indians depend on the cheap but inadequate public health system.

Saradamani Ray, whose 77-year old father is a patient at the NRS Medical College, said she would have to move him because of the strike.

“I will have to take my father somewhere else for his dialysis, maybe a private hospital,” she told Reuters.

“It will cause a lot of financial strain, but there’s nothing I can do. I will have to pay.”