MOSCOW (Reuters) – Russian investigative journalist Ivan Golunov was placed under two months’ house arrest in Moscow on Saturday while he is investigated for drug peddling, as a court rejected a request from investigators to hold him in custody. 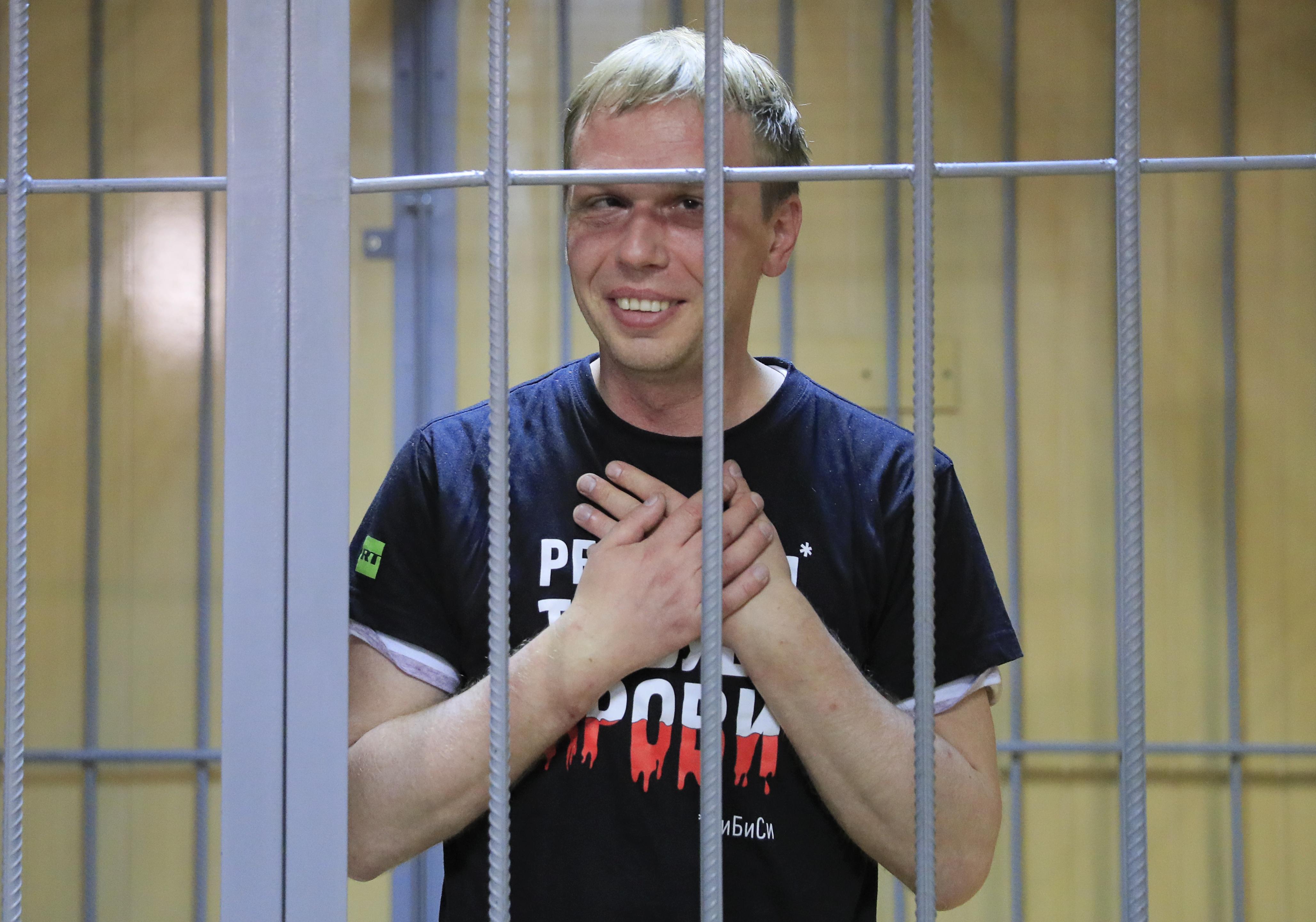 Golunov, 36, was on his way to a meeting with a source on Thursday when he was detained in central Moscow and illegal drugs were found in his rucksack, according to police and his employer, the online news portal Meduza, based in Latvia.

A lawyer for Golunov, who is known for investigating alleged corruption among Moscow city officials, said he believed police had planted the drugs on his client to frame him, and that Golunov had been physically beaten.

Golunov denies the charges. Dressed in blue jeans and a black t-shirt, he told people present in court during a recess that he had received threats in connection with an investigation into the funeral service industry.

“I did not commit a crime, I am ready to cooperate with the investigation, I have nothing to do with the drugs,” Golunov was quoted by Russian news agencies as saying.

Golunov is accused of large-scale drug dealing and investigators had asked the court to remand him in custody for two months.

Earlier in the day, Golunov had been taken to hospital after feeling unwell. Interfax news agency cited an unnamed paramedic as saying he had multiple chest abrasions, bruised ribs and suspected head injuries.

But the news agency RIA later cited Alexander Myasnikov, chief doctor of the hospital, as saying that an examination had not shown evidence of any serious injuries.

Journalists critical of the government or other authorities have led a dangerous existence in Russia since the 1990s.

According to the Committee to Protect Journalists (CPJ), a U.S. non-governmental organization, 58 journalists have been killed in Russia since 1992, of whom 38 were targeted for murder.