The thinly-veiled threat came from Supreme Leader Ayatollah Ali Khamenei, who met Prime Minister Abe in Tehran on the second day of his visit. Despite Mr Abe arriving with the intention of de-escalating tensions between Washington and Tehran, the Supreme Leader’s comments could provoke fury from US President Trump. Thanking the Japanese premier, Ayatollah Khamenei criticised the 45th US President for his belligerence in office.

He told Mr Abe: “We do not doubt your sincerity and goodwill.

“However, regarding what you mentioned about the US president, I do not consider Trump as a person worth exchanging any message with and I have no answer for him, nor will I respond to him in the future.”

In a show of defiance to Washington, the Supreme Leader said that while Tehran does not want an atomic bomb, “America could not do anything” to stop Iran if it did. 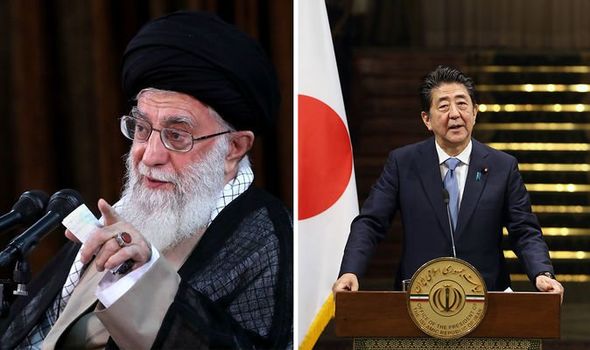 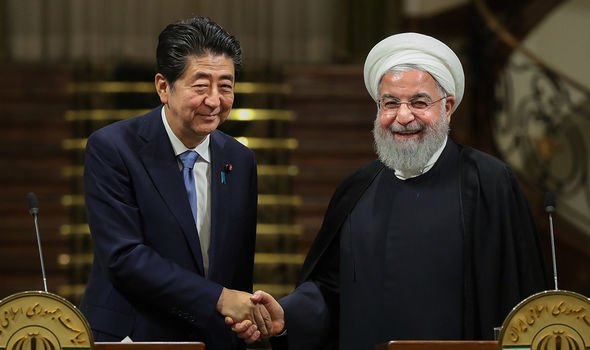 Some believe this is a reference to the Iran nuclear deal, which Trump withdrew from in November last year.

Under the Joint Comprehensive Plan of Action, Iran was forbidden from enriching its uranium in an attempt to stop them from building a nuclear weapon.

Since then, Washington has placed crippling economic sanctions on the country in an attempt to create unrest.

Japan received the blessing of President Trump to mediate talks when the pair met last month.

After weeks of trading aggressive rhetoric, the US President appeared to dial down tensions, saying: “Iran has a chance to be a great country, with the same leadership.

“We’re not looking for regime change, I want to make that clear. We’re looking for no nuclear weapons.

“I really believe that Iran would like to make a deal. I think that’s very smart of them and I think there’s a possibility for that to happen.” 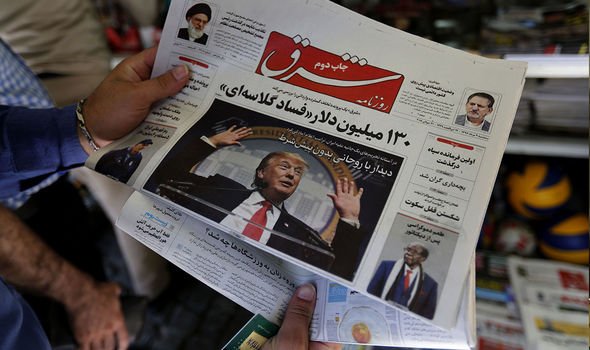 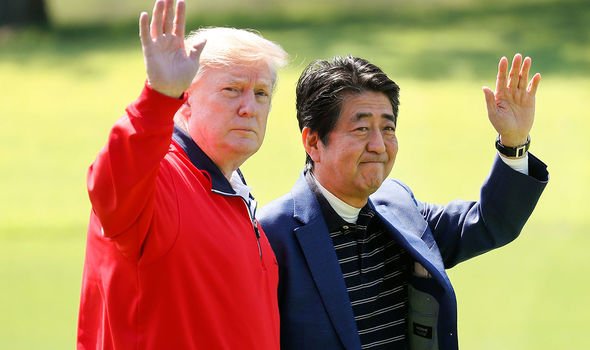 Despite this, Mr Abe said: “Supreme Leader Khamenei made a comment that the country will not and should not make, hold or use nuclear weapons and that it has no such intentions.

“Today, I met Supreme Leader Khamenei and heard his belief in peace. I regard this highly as major progress toward this region’s peace and stability.”

The news came as two oil tankers travelling from Saudi Arabia were torpedoed in the Gulf of Oman, rousing suspicions that Iran could be a possible culprit.

However, foreign minister Javad Zarif dismissed the claims and labelled the incident as “suspicious”.