Baghdad: A series of explosions shook the centre of the northern Iraqi city of Kirkuk on Thursday, killing at least four people and wounding 23.

The six blasts went off in quick succession after iftar, the meal that breaks day-long fasting during the Muslim holy month of Ramadan, when streets are typically crowded with shoppers and people out having dinner. 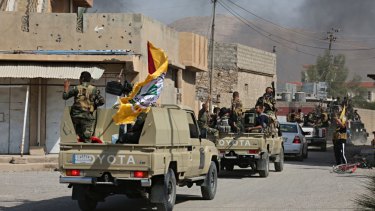 They struck in the centre of Kirkuk in a commercial area that has several malls, cafes and restaurants, sending people fleeing in panic.

The nature of the blasts was not immediately clear, but security officials said they appeared to be improvised explosive devices. The officials spoke on condition of anonymity in line with regulations.

Iraq declared victory against the Islamic State group in 2017, but the group continues to carry out attacks through sleeper cells, particularly in the country's north.

There was no immediate responsibility claim, but the head of Kirkuk security operations Saad Harbya, speaking on the Kurdish Rudaw TV, blamed IS. The group has claimed several attacks recently around the city, some of them targeting security forces.

Kirkuk is an oil city disputed by Erbil-based Kurdish regional government and Baghdad.