THROUGHOUT his career, talk show host Larry Elder has rarely shied away from any topics.

While he remains outspoken about his political beliefs, Elder keeps things under wraps when it comes to his relationships. 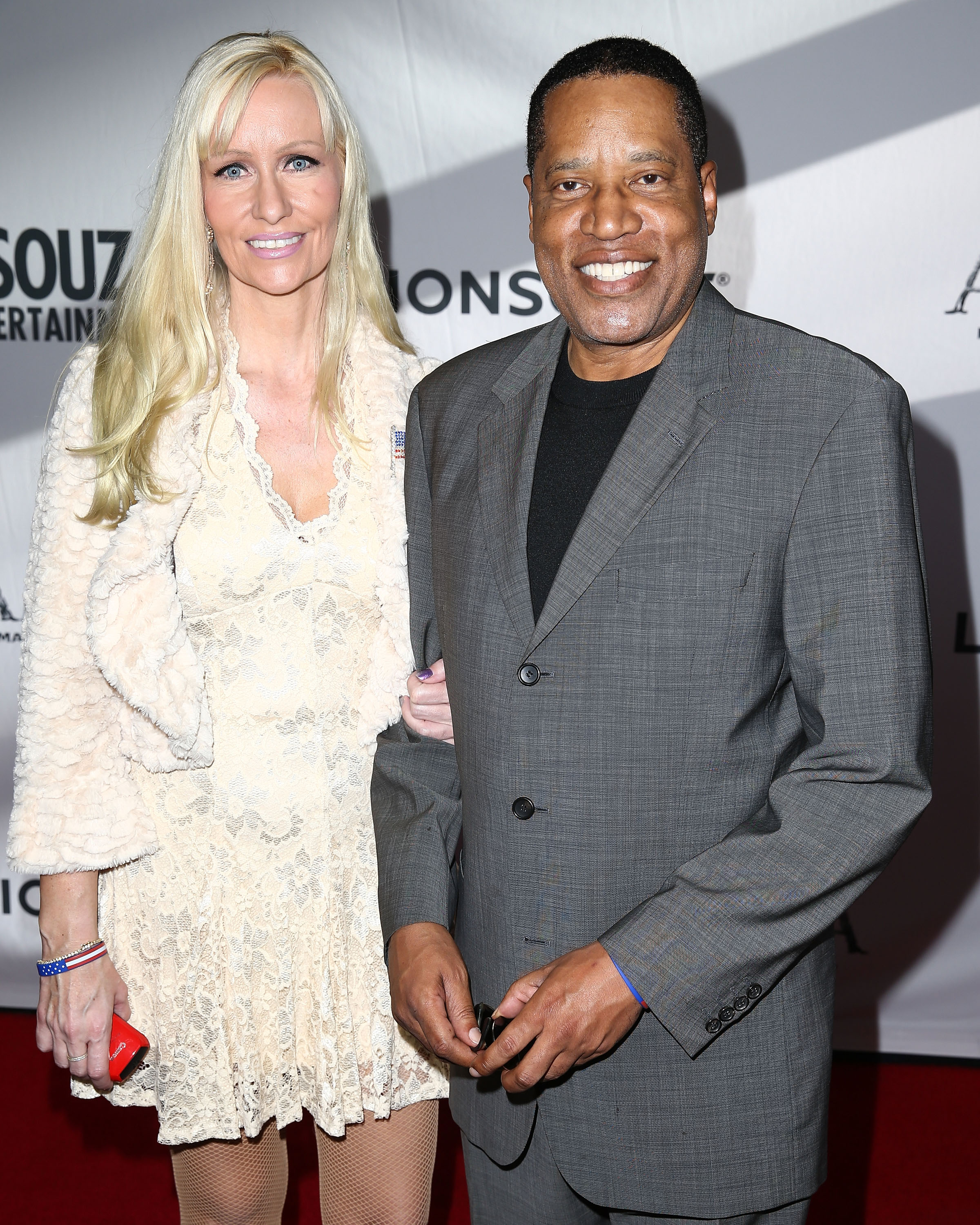 Elder's marital status is not confirmed, but there are rumors he tied the knot with longtime girlfriend Alexandra Datig in 2014.

Her Twitter bio reveals that she was a double major in Criminal Justice and Communications in school.

Datig was born in Switzerland to an affluent family and moved to the United States in 1986 to pursue a career in politics.

In February 2017, Elders revealed on Twitter that he was not married, but had a girlfriend, assumedly Datig.

When a fan tweeted him "I love you, Larry don't tell your life lol" he responded with "I'm not married. It would be news to my girlfriend."

He mentioned having a girlfriend again in 2016 with a photo of him in a pink shirt captioned "Man in pink! My girlfriend made me wear it."

On Monday July 12, 2021, Elder announced that he has entered California's recall election scheduled for September 14, 2021.

"I think this is a race between Gavin Newsom and me. I don’t think about the other candidates," he told AP News.

Elder argues that his name recognition and popularity will set him apart from the other candidates.

A recall election is "held for the purpose of allowing the voters of a jurisdiction to decide whether an elected official shall be removed from office."

This election is one of six efforts to try and remove Governor Newsom from office.

The upcoming election will be the fourth gubernatorial recall election ever held in the United States.

"I have common sense. I have good judgment. I’m born and raised here. I think I understand the state," Elder continued.