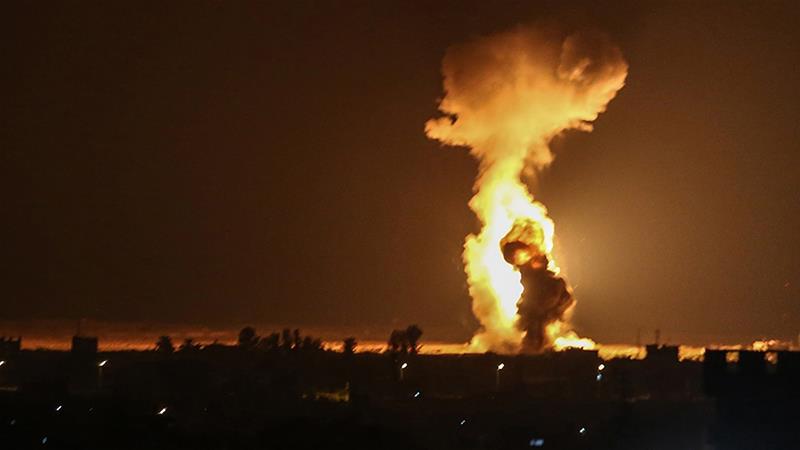 The Israeli military said it carried out overnight attacks on Hamas targets in the Gaza Strip after incendiary balloons were launched from the Palestinian enclave.

The army on Wednesday said the attacks were “retaliation” for the floating of multiple fire balloons from the Hamas-run enclave in recent days.

No casualties were reported and there was no immediate response from Hamas.

Fire services in southern Israel said the incendiary balloons caused 60 fires on Tuesday alone but no one had been hurt.

Explosives tied to balloons and kites first emerged as a weapon in Gaza during intense protests in 2018, when the makeshift devices drifted across the border daily, causing thousands of fires on Israeli farms and in communities.

Israel closed its Kerem Shalom goods crossing with the Gaza Strip in response to the recent balloon barrage.

Hamas denounced the closure as an “aggressive” move that showed Israel’s “insistence on laying siege” to Gaza, and warned it could cause further worsening of the humanitarian situation in the territory.

As the Gaza Strip crossing closed, the Rafah crossing between Gaza and Egypt opened Tuesday for the first time since April.

Traffic in both directions was to be permitted for three days, allowing Gazans to leave the enclave for the first time since the start of the pandemic.

The Rafah crossing provides Gaza’s sole access to the outside world not controlled by Israel.

The Palestinian territory has been under an Israeli blockade since 2007.

Hamas and Israel have fought three wars since 2008. Despite a truce last year backed by the UN, Egypt and Qatar, the two sides clash sporadically.

Palestinian analysts say cross-border fire from Gaza is often used as a bargaining tool to secure Israel’s greenlight for the entry of Qatari financial aid into the territory.

08/12/2020 World News Comments Off on Israel attacks Hamas positions in Gaza over fire balloons
Recent Posts
We and our partners use cookies on this site to improve our service, perform analytics, personalize advertising, measure advertising performance, and remember website preferences.Ok