It’s Matt HanCroc! Health Secretary is spotted wearing the iconic plastic clogs on canoeing holiday with his family to Welsh town of Hay-on-Wye

As Health Minister dealing with the coronavirus pandemic, Matt Hancock is best known to the wider public for his grey suits and serious demeanour.

But his choice in footwear on a recent summer holiday break has shown a different side to the senior politician – and seen him dubbed Matt HanCroc.

The Tory minister was spotted wearing the clunky boating shoes when canoeing with his family on the River Wye in Wales.

Crocs are known as shoe fashionistas’ most love to hate item – with critics deriding the indestructible sandals for being ugly. 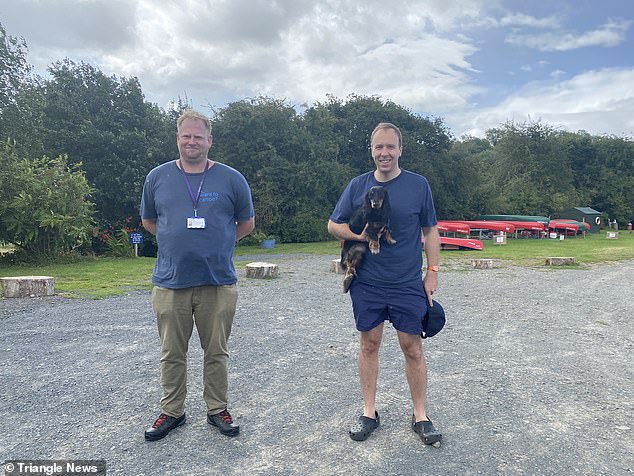 The 41-year-old donned them for his canoeing trip in the picturesque Welsh town of Hay-on-Wye.

He rented boats from family business Want To Canoe? for a day trip down the Wye with wife Martha Miller, two of their children and dachshund Hercules.

The 39-year-old laughed: “He was wearing Crocs, which we thought was quite funny. 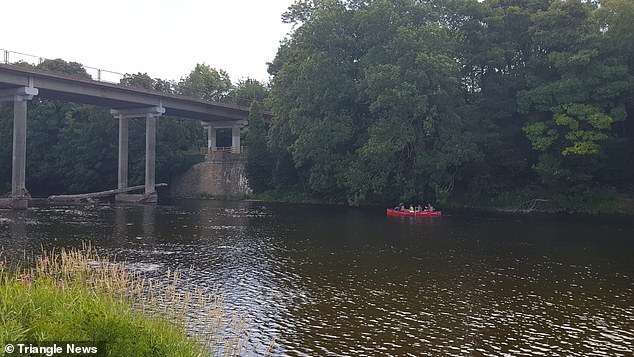 Crocs enjoyed a huge boom since they were launched in 2002 and have sold 300 million pairs worldwide.

They were the brainchild of Lyndon ‘Duke’ Hanson, and George Boedecker Jr who wanted to make a boating shoe.

Since their heyday a variety of different types have been launched, including high-heeled pairs cost hundreds of pounds.

Despite their unusual appearance, they have been worn by huge names including Kate Middleton, Miley Cryus and Ariana Grande.

“We started calling him ‘Matt Hancroc’.”

Aubrey revealed he also scooped the winnings from the company bet as to whether it was the real Matt Hancock who had booked in.

However by the time he left the river, last week, the Health Secretary had been dubbed Matt Hancroc.

“He certainly seemed to enjoy the canoeing,” Aubrey said.

“He definitely deserved a holiday.”

The coronavirus chief couldn’t help but weigh in on the canoeing company’s precautions.

“He said we were doing ‘everything right’ with coronavirus which was good to hear,” Aubrey said.

“He was also being very careful with everything.

“He was careful to wash his hands with antibacterial gel, and gave me an elbow bump instead of a handshake.”

And Aubrey revealed that Mr Hancock was much more friendly than he appears on TV.

“He came across much better than he appears on telly,” Aubrey said.

“He’s very considered on TV, but here he appeared much more relaxed.”

Mr Hancock and his family left the canoeing site for a pub lunch.

08/11/2020 World News Comments Off on It's Matt HanCroc! Health Secretary spotted wearing the iconic clogs
Recent Posts
We and our partners use cookies on this site to improve our service, perform analytics, personalize advertising, measure advertising performance, and remember website preferences.Ok