A Jamaican-born British Army sergeant is suing the Ministry of Defence for racism after his superior officers allegedly ignored or excused fellow soldiers who used the N-word and the term ‘Umbongo’ in front of him.

Sergeant Flloyd Campbell alleges that he suffered continual racial abuse from colleagues during his 11 years in the military, but insists that his claims were either ignored or brushed away.

One senior officer was accused of excusing a corporal who called him the N-word by saying the offensive word had been ‘mistakenly’ used, having been picked up during ‘banter amongst black basketball players’.

Another allegedly continually used the term ‘Umbongo’ – apparently relating to popular 1980s juice drink Um Bongo – despite having been repeatedly told it was ‘racist and offensive’ by colleagues.

Sgt Campbell claims to have suffered from bouts of depression due to the abuse and has now taken the MoD to an employment tribunal.

At a preliminary hearing, the panel ruled that though the allegations are up to six years old and therefore out of date, Sgt Campbell’s case can be heard as he had been ‘unaware’ until 2020 that he could pursue his claims outside of the military.

The Exeter tribunal heard Sgt Campbell joined the army after moving from Jamaica in June 2010, where he had worked as a teacher.

He had come to the UK to stay with his sister, who lived in Birmingham. He underwent his basic training in May 2011, and was promoted to corporal in 2016 following postings in Germany and Canada.

The tribunal heard Sgt Campbell was then posted to Army Training Regiment (ATC) Grantham in Lincolnshire. 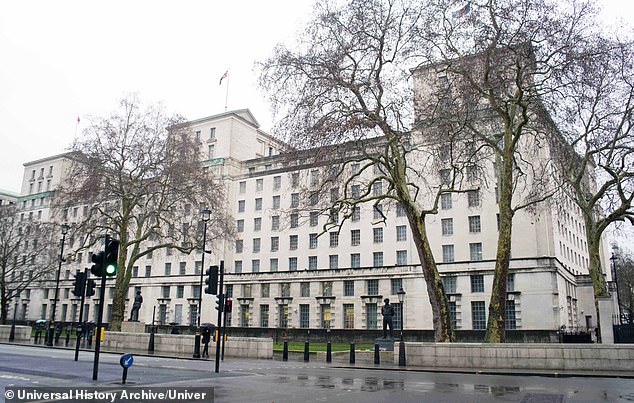 Pictured, the Ministry of Defence building on Whitehall in London

In November he complained about a fellow corporal – named in tribunal documents only as Cpl Lynch – claiming he called him the N-word.

A Lieutenant Colonel who investigated the complaint told Sgt Campbell that though the N-word was thought to have been used, it was said ‘mistakenly’ after Cpl Lynch had ‘heard it during banter amongst black basketball players’.

The tribunal heard that the senior officer added that his investigation had revealed the ‘working culture’ within the gym required ‘improvement’, and that ‘at best there was a relaxed attitude to banter’ and at worst ‘a blind eye was turned to clear harassment’.

In the summer of 2017 the tribunal heard Sgt Campbell transferred to the Royal Logistics Corps (RLC) 27 Regiment, based in Aldershot, Hampshire.

In August he submitted further complaints of racist language and behaviour from three corporals – named as Cpl Lynch, Cpl Spence and Cpl Dixon – during his time at ATC Grantham towards the end of 2016.

Sgt Campbell claimed he was ‘treated badly’ after complaining and being ‘forced’ to sit with those who had abused him.

He was told in August 2018 by the military’s Service Prosecuting Authority that though there was sufficient evidence to prosecute Cpls Lynch and Spence, it was ‘not in the public interest’ to do so. 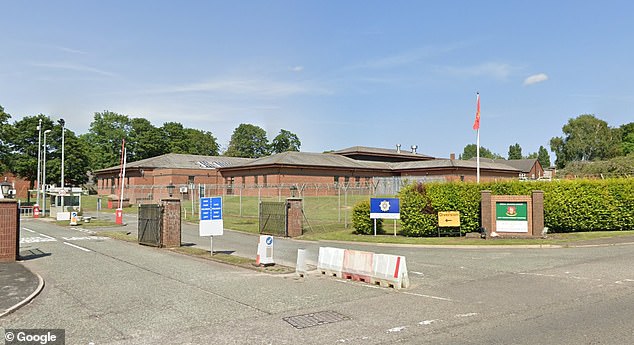 Sgt Campbell was also told significant time had elapsed and the offences were at the ‘lower end’ of criminal culpability, so Court Martial proceedings would not be taken.

The panel heard he suffered a ‘mental breakdown’, and began drinking heavily.

Sgt Campbell appealed against the decision, though this was rejected.

In October 2019, Sgt Campbell was promoted to sergeant and assigned to 24 Commando Regiment Royal Engineers, based at RM Chivenor in Devon, but was taken off the Commando training course after reporting more racist abuse from Royal Marines.

He was signed off sick in March 2020 and downgraded to a ‘non-effective soldier’ for six months. He was later diagnosed with depression and was said to have experienced ‘suicidal thoughts’.

Sgt Campbell, who now serves as a Logistics Supply Specialist in the Royal Logistic Corps, then brought his claims to an employment tribunal in April 2020 on the advice of a colleague who told first told him about the legal process.

Despite his claims having been brought ‘out of time’, Employment Judge James Bax ruled to extend the timescale of the claims, due to Sgt Campbell having been oblivious to the alternative avenue of an employment tribunal before March 2020.

‘[Sgt Campbell] was faced with a very distressing and disturbing situation when he was at Grantham. The effect of what occurred caused him to resort to alcohol to help him sleep and it was damaging to his relationship with his partner and family.

‘On the basis of the above reasoning, it would be just and equitable to extend time in relation to them.’

A full hearing is due to be held in the near future to determine whether Sgt Campbell’s claims are successful and, if so, if he is due compensation.