BORIS Johnson was last night blasted by Jeremy Hunt for dodging the first TV debate of the contest – as Channel 4 left an empty podium for the bookies favourite.

In a bid to breathe new life into his campaign, the Foreign Secretary ripped into his opponent for ducking out – and said it highlighted the doubts over his Brexit credentials. 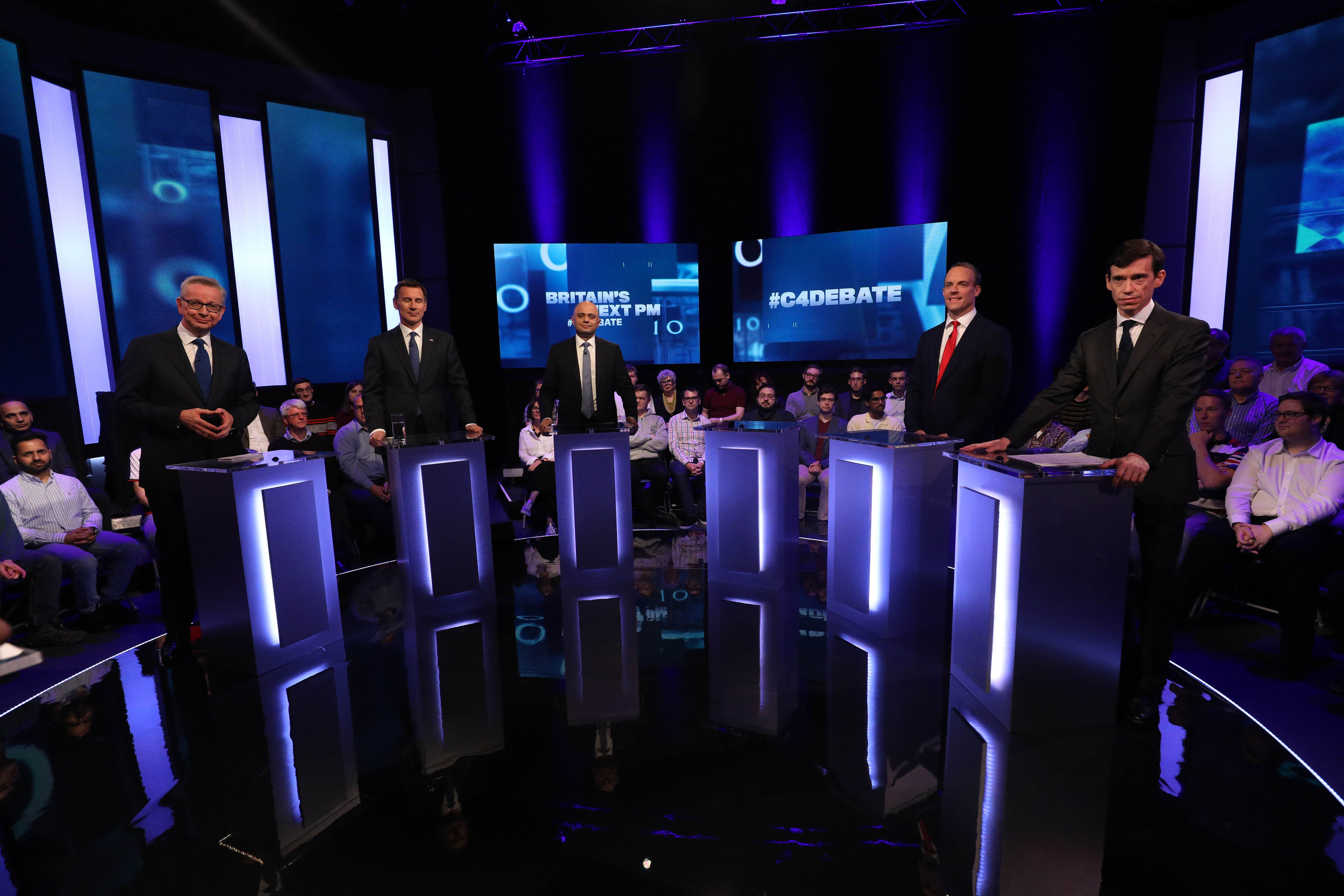 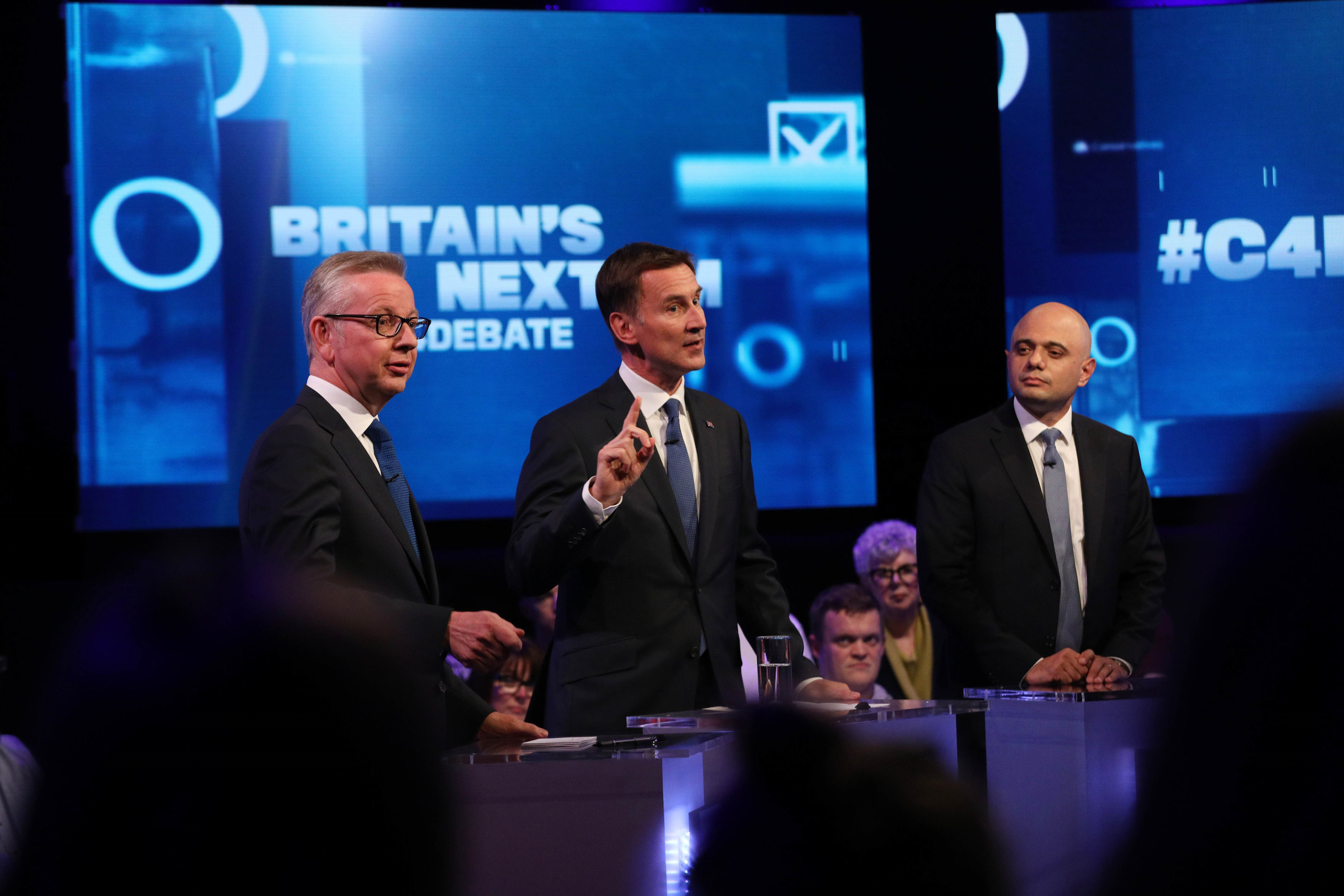 He stormed: “If Boris’ team won’t let him out to debate five pretty friendly colleagues, how will he get on with 27 EU countries?”

Aid Secretary Rory Stewart later drew rounds of applause for saying he hoped the next Prime Minister was “one of us” in the room.

Boris Johnson’s no show dominated the 90 minute event –staged on a set that mimicked the TV quiz show ‘Pointless’.

But the battle for second place got personal as the remaining five ripped into each other on Brexit and the merits of a No Deal.

In a bitter exchange, self-styled Brexit hardman Dominic Raab accused Michael Gove of “buckling” by saying he would accept another delay beyond October 31. He said: “You would buckle because you’ve shown you would take another extension”.

Mr Gove hit back by slamming his supporter in the 2016 leadership contest for threatening to suspend or ‘prorogue’ Parliament altogether to force through a No Deal.

Shock leadership candidate Rory Stewart piled in by saying the idea of suspending Parliament was “undemocratic” and “deeply disturbing”.

And he mocked his rivals for engaging in a 'competition of machismo' over leaving the EU.

But Mr Raab compared the Aid Secretary to Venezuelan socialist dictator Maduro for suggesting he thrash out Brexit with a “citizens assembly” beloved by the left.

In another personal barb, Mr Javid – the son a Pakistani immigrant bus driver – launched into the privileged background of his rival candidates.

He said: “As well as having the right message, we need to have the right messenger. We need to be a party that has a broad appeal across the country and that means having a messenger that can connect broadly with the whole electorate.”

Hitting out at Eton-educated Mr Stewart, he added: “I think I’m the only one on this stage to have gone to a comprehensive school. I went to a college, a further education college – not the sort of college Rory went to.”

The debate came 48 hours before the second round of voting in the contest – and a second debate scheduled for later that evening on the BBC which Mr Johnson has agreed to take part in.

Mr Stewart won over the audience with a free-wheeling performance where he once more positioned himself as an outsider.

He spoke moving of an 88 year old constituent forced to care for her 92 year-old incontinent husband because of the country’s social care crisis as he said there were “10,000” things a new Prime Minister had to tackle.

When Jeremy Corbyn wakes up on a Wednesday morning…who is the person he’s going to be most terrified of facing? That’s me

And he won laughter when he once more compared delivering Brexit to the near-impossible task of “cramming a whole series of rubbish bins” into a larger bin against his wife’s advice. He said he wanted to say “believe in the bin, believe in Britain” but knew better.

Dominic Raab, the former Brexit Secretary, insisted none of his rivals would get a Brexit deal with the European Union unless they were willing to play hard ball with Brussels. Mr Gove repeated his campaign message that he proved he could deliver against the odds and was “ready to unite, ready to lead”.

He opened his pitch by saying: “When Jeremy Corbyn wakes up on a Wednesday morning before Prime Minister’s Questions, who is the person he’s going to be most terrified of facing? That’s me.”

After struggling early on, Jeremy Hunt said the Government had to appeal to the centre ground if it wanted to win a majority.

And he warned that while the Tories had been disagreeing over whether to pick a Norwegian or Canadian style Brexit, Jeremy Corby had been planning for a Venezuelan or Cuban Britain.

After butting heads for more than an hour, the Tory colleagues appeared to try to come back together towards the end of the debate.

Mr Hunt launched a passionate defence of Mr Gove over his cocaine shame when the Environment Secretary was challenged whether he could be trusted. Mr Hunt stormed: “When we face a constitutional crisis of the magnitude of Brexit we should not be trivialising the debate by talking about what we did 25 years ago.”

MR Gove then ripped into Channel 4 host Krishnan Guru Murphy when he suggested to Sajid Javid that he’d been snubbed from the Donald Trump state banquet because he wasn’t a “big figure”.

He snapped: “Saj doesn’t need Donald Trump to tell him he is a big figure. He doesn’t need an American president for everyone to recognise that he’s an amazing guy.”

Sources close to Mr Johnson refused to say whether he bothered to warch the debate. One close aide said after it finished: “What did I miss?”

BORIS Johnson has built his career on his popular appeal and easy charm. So why is he hiding from the public now?

BoJo’s clearly worried about making a gaffe and sabotaging his dreams of No10. But his whole persona is based on being a fearless, smart communicator whose quips capture the public mood.

He is on course to win the leadership election, even more so after securing the backing of Cabinet star Matt Hancock.

Now is a perfect time for him to set out his policy agenda, his vision for Britain and his plan for how to deliver Brexit in the teeth of a Remainer Parliament.

He wants us to take him seriously. In return, we deserve to hear more from him. 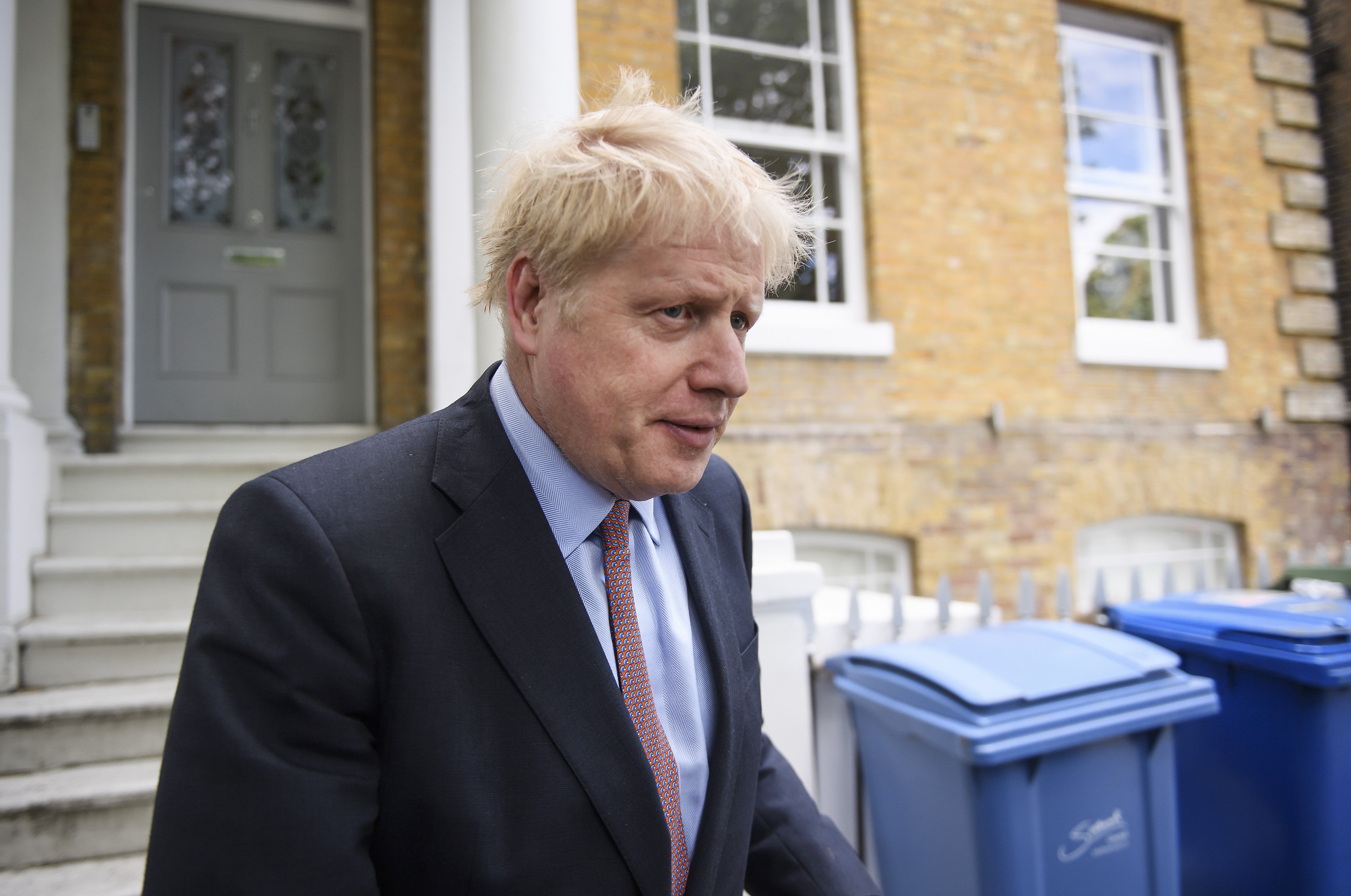