JERUSALEM (Reuters) – Jerusalem’s Church of the Holy Sepulchre, revered in Christian tradition as the site of Jesus’s crucifixion and burial, was closed on Wednesday as a precaution against the coronavirus.

The closure, initially for a week, followed a meeting between Israeli police and church leaders, said Wadie Abu Nassar, spokesperson of the Assembly of Catholic Ordinaries of the Holy Land, after the Israeli government announced tighter restrictions to curb the spread of the virus.

“The initial understanding is that this order is valid for one week, although nobody knows how long this crisis will take,” he said.

Adeeb Joudeh, a Palestinian whose family holds one of the keys to the church, confirmed the decision on Facebook.

The Holy Sepulchre lies in the Christian Quarter of Jerusalem’s walled Old City. A church was first built there in the 4th century under Constantine the Great, the Roman emperor who converted to Christianity.

The Greek Orthodox, Armenian Orthodox and Roman Catholic churches share custody of the building. Others, including Copts, Ethiopian and Syrian Orthodox, also hold services there.

The closure comes in the build-up to Easter, the most important festival in the Christian calendar, which Roman Catholics this year celebrate on April 12. Thousands of pilgrims and tourists would normally flock to the city, whose streets are now virtually deserted.

Greek Orthodox celebrations are held a week later, including the traditional ceremony of the Holy Fire, a colourful event symbolizing the resurrection of Jesus. 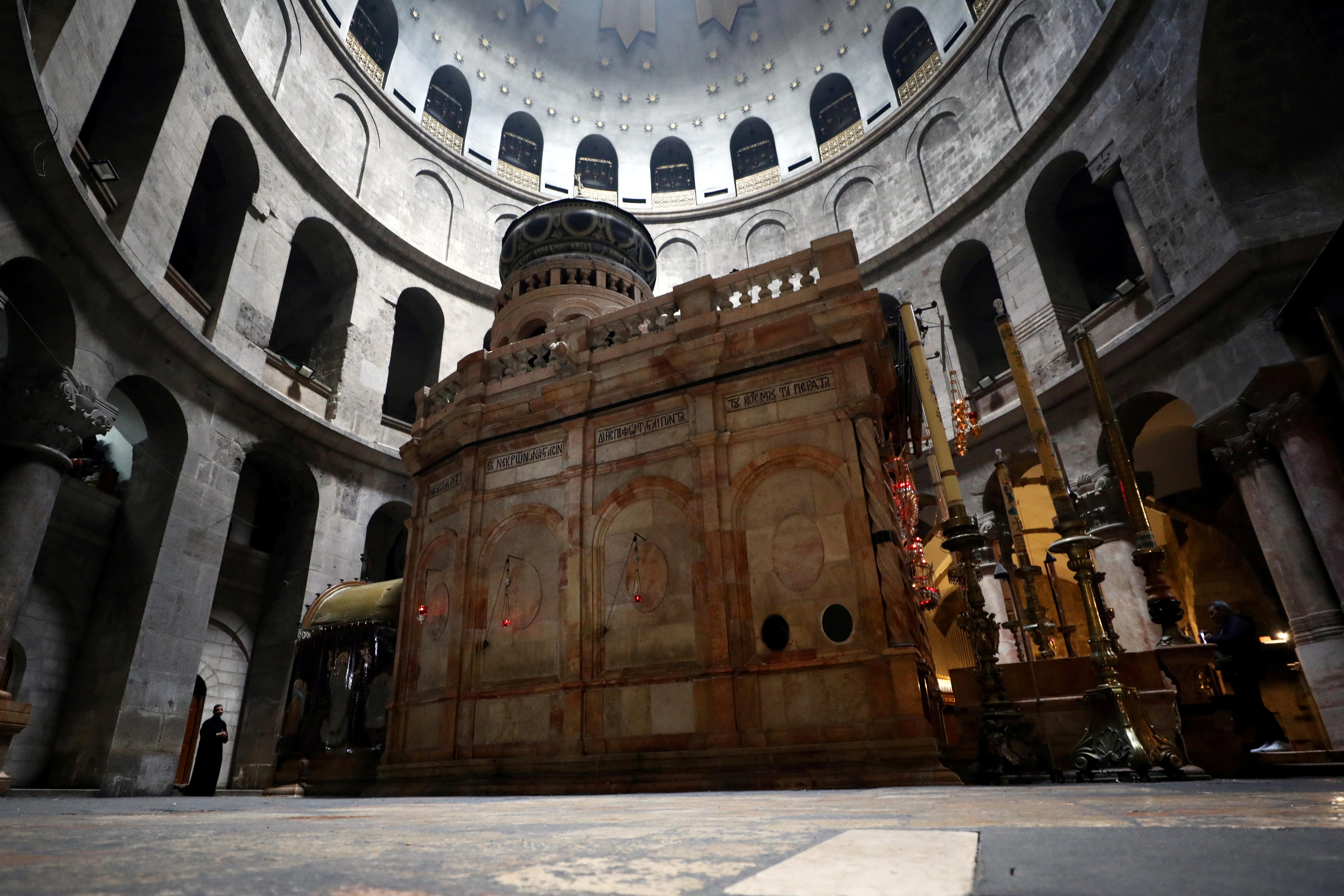 Abu Nassar said that, “if, God forbid, this situation goes on too long and it enters into the season of Easter”, church authorities hoped to find arrangements to celebrate within the Israeli government’s restrictions.

Such is the importance of the site, he said, that the denominations would try to ensure that “celebrations and prayers will continue,” by small groups of clerics abiding by the rules.

However the health ministry’s limitation on gatherings of more than 10 people meant that pilgrims and other public visitors would not be allowed inside, he said.

An Israeli police spokesman said the church was “closed to the public” but that – as at sites of other faiths – religious authorities could permit very small numbers of individuals inside, if they adhered to the guidelines.

The safety measures by Christian leaders in the Holy Land began last month when Roman Catholic priests were told to place communion wafers into the hand only, rather than onto worshippers’ tongues, and to empty holy water fonts.

A few days later Bethlehem’s Church of the Nativity was closed after the discovery of seven cases of coronavirus in the traditional birthplace of Jesus.

Jerusalem has sites sacred to Judaism, Christianity and Islam, and all three religions have taken precautions.

Jewish authorities on Wednesday instructed all synagogues to close and to hold prayers outdoors, for no more than 10 people at a time. 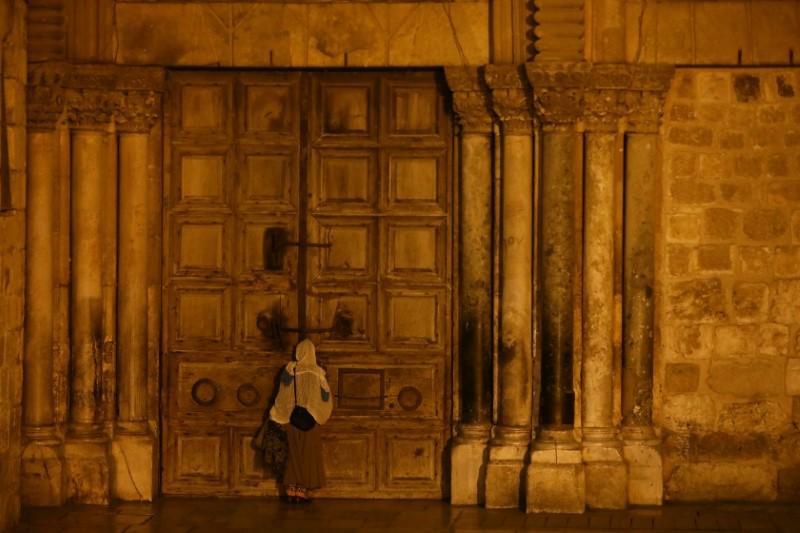 At the Western Wall, the holiest place where Jews are allowed to pray in Jerusalem, they have instructed the faithful to refrain from holding mass prayers and from kissing the stones.

On Sunday, Muslim religious officials suspended all prayers in the hilltop compound around the Dome of the Rock and Al-Aqsa Mosque, the third holiest place in Islam. The shrines themselves had already been closed.

Related posts:
03/25/2020 World News Comments Off on Jerusalem's Church of the Holy Sepulchre closes amid coronavirus fears
Recent Posts
We and our partners use cookies on this site to improve our service, perform analytics, personalize advertising, measure advertising performance, and remember website preferences.Ok