Comedian and actor Jo Koy is tired of hearing the word “no.” He’s heard it one too many times in Hollywood after every pitch he made to tell his specific story — a Filipino family coming together to celebrate a holiday, and simply being a family. So in response to Hollywood’s favorite one word, Koy asked two: Why not?

It’s a question that didn’t even faze legendary Academy Award-winning director Steven Spielberg, who was so eager to make a movie with Koy that he wasn’t even, well, coy about it. But before getting into that story, let’s run it back to the beginning.

Koy has credited his Filipina mother for his comedic and acting talents, and has often talked about her in his comedy acts, so it’s no surprise that she was a huge inspiration behind this film. When Koy’s mother came to the U.S., she couldn’t find anyone who looked like her on TV or on the big screen. While it’s not surprising for the late ’60s, surely it wouldn’t be the case in the year 2022, right? Wrong. This became a significant driving force behind Koy wanting to tell not just any story, but this story. 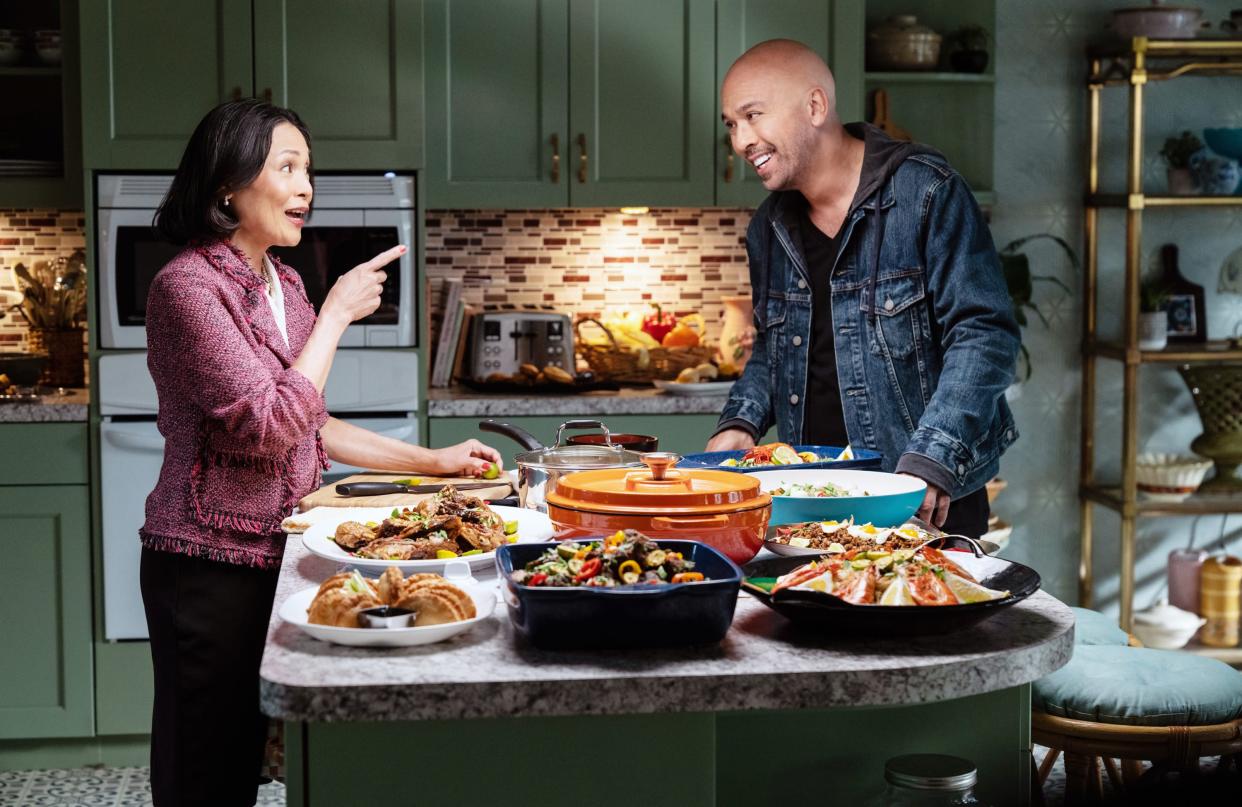 “It’s a great reason why,” Koy tells Yahoo Entertainment, “this has been a part of my life journey in Hollywood since I got here. It’s like, how many times am I gonna hear ‘No’ about my story being too specific or they’re not gonna get it? It didn’t make any sense.”

Koy adds, “It’s such a bulls*** answer. It’s not even fair because it didn’t match the numbers that I was selling on the road. Like, why am I selling out all these theaters? But yet you’re saying it’s too specific and I’m selling in markets where there are no Filipinos. So why are they getting it, but for some reason Hollywood’s not? And why is it that my mom moved here in 1968 and it’s 2022, and this is the first time she’s ever gonna see a Filipino family on the screen? It’s not fair. So that’s my motivation, plus it’s just fun.” And fun it is. 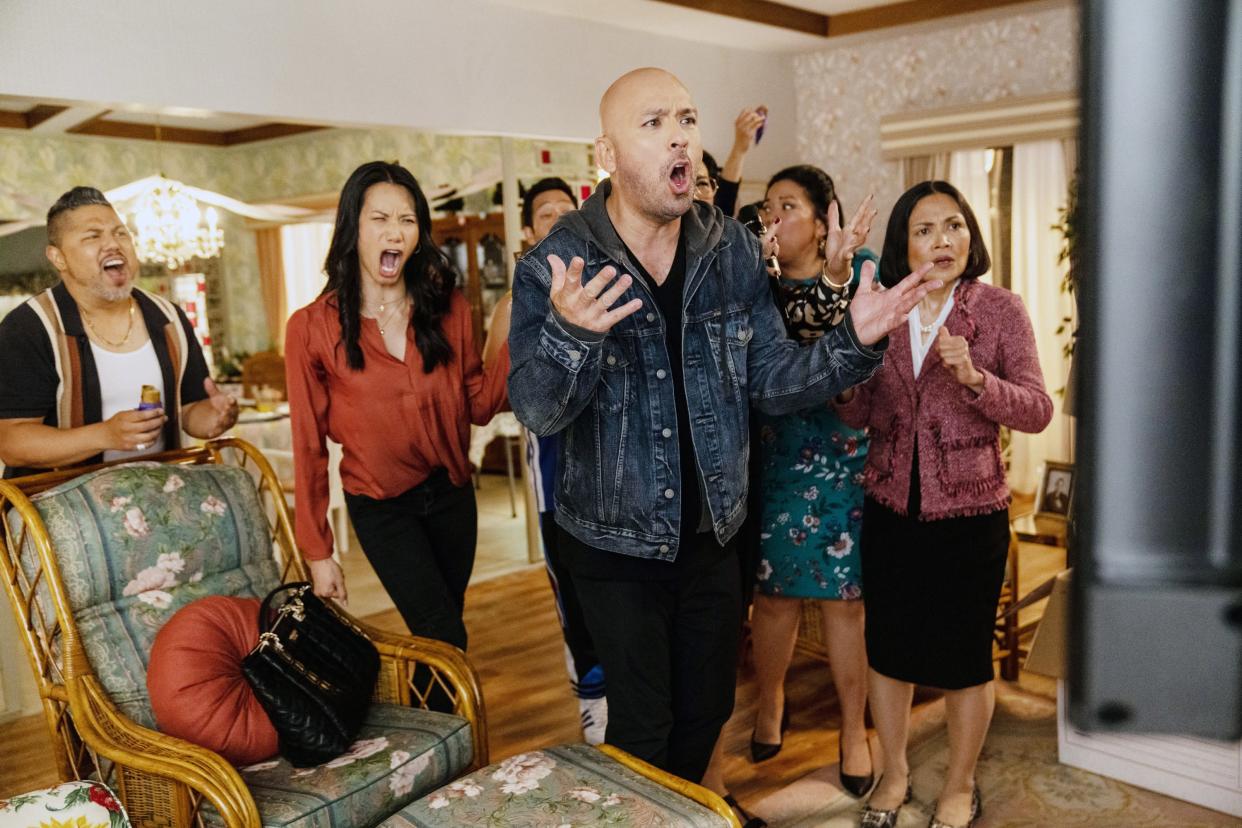 Koy, who is about to release his fourth Netflix special, titled Live From the Los Angeles Forum, on September 13th, shares that it was his second Netflix special Comin’ In Hot, that got the attention of one of the biggest directors/producers in the game, and finally got him that “yes” he had been waiting for.

In 2018, Koy was walking into Amblin Entertainment, a film production company founded by Spielberg. Koy explains, “I’m seeing Indiana Jones. I’m seeing, you know, all these big Jurassic World, I’m seeing all these posters and memorabilia that Steven has done. And they’re all walking up to me going, ‘Hey, Steven’s your biggest fan. Oh my God, Steven, can’t stop talking about your special.’ Me and my manager are like, ‘What? Like Steven from accounting?’ We were like, ‘There was no way it could be Mr. Spielberg!’ We just thought there was a fan inside the building that liked us. We go into the pitch and we go into the meeting and they’re, like, ‘Steven wants to make a movie with you.’ And it was Steven that put his hand on this thing. He blessed the whole thing. It’s, like, he’s been part of casting, part of screenwriting, part of picking directors, like everything.”

Despite this moment happening in 2018, before the COVID-19 pandemic, which halted the film’s production and also played a huge role in the significant rise in Asian hate crimes, the project was kept alive because of Spielberg’s dedication to it.

“This movie was gonna get made even before the rise of the AAPI movement. That’s why, like, what Steven was doing was so far ahead of everybody else. It was just like, this guy literally fell in love with the story of this family. He watched, he loved the mom character. He loved the relationship between my son and I onstage. He just fell in love with that. And that’s why he didn’t understand people always saying they’re not gonna get it,” says Koy.

The comedian adds, “It’s like, yeah, they will. If you listen closely, you will. And you’ll realize that funny’s funny. And we’re all relatable. Doesn’t matter what ethnicity you are, what religion you are. Family’s a family.”