Two Kentucky police officers have been presented their department’s life saving award this week after doing a “fantastic job” coming to the rescue of an unresponsive 3-month-old girl, their chief tells Fox News.

Elsmere officers Brian Evans and Alexis Day were honored Monday for their actions on April 26, when they were dispatched to a residence in the city just outside of Cincinnati to assist a baby who police say “may not have been breathing.”

“Given the situation, you get there and you see the baby turning blue — there is no waiting on that one,” Evans told FOX19. 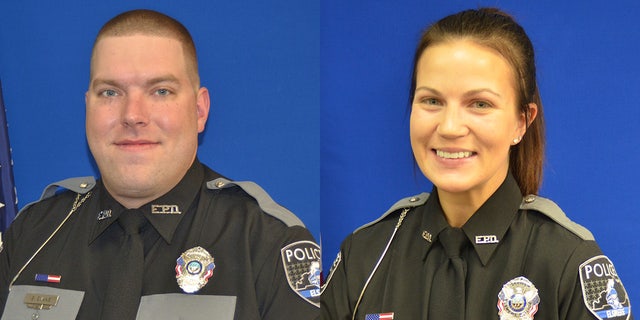 Bodycam footage broadcast by the station shows Evans and Day saving the infant after taking her out of her mother’s arms. Evans – holding the baby face down – gets the girl to cry again after repeatedly slapping her back.

“We go through CPR training all the time and you hope to never use it and luckily when I needed it, it all came back,” he told FOX19, adding that “once the baby started crying, it was like mom had a weight lifted off her chest.”

Day says the pair worked like a “well-oiled machine” that day.

“He grabbed her and I’m just kind of coaching him the way through and [his] training and my maternal instincts kicked in,” she said in an interview with the outlet. “It worked really well together between the two of us.”

Police say paramedics eventually showed up on scene and transported the baby away for further medical observation.

“Those with children can understand the fear and helplessness when their child appears to stop breathing and becomes unresponsive,” reads a copy of the officers’ life saving award obtained by Fox News.

“Officer Evans and Officer Day calmly reacted and took immediate control of the situation,” it added. “We are proud to have a police department where our members exemplify professionalism, dedication, and courage. Great Work!”