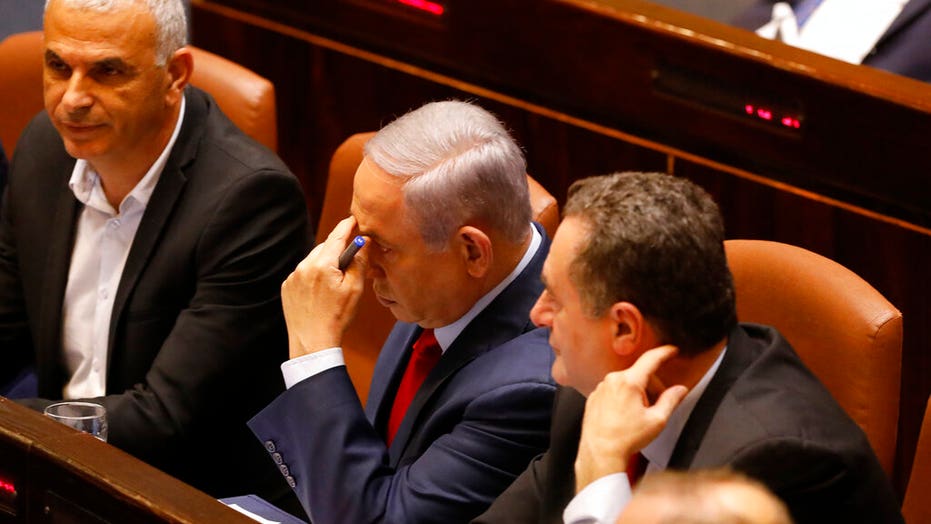 Jared Kushner’s visit to Jerusalem to promote his Middle East peace plan could be losing steam as Israel heads into the uncharted territory of a second election in a calendar year following Benjamin Netanyahu's inability to form a government by Wednesday night's deadline.

The move means Israel will hold new elections on Sept. 11 that could put the already long-delayed Kushner-U.S. peace plan in peril. There are now no guarantees that Netanyahu's Trump-friendly government will stay in power past the summer and any progress made with President Trump's senior adviser and son-in-law is at risk of being revoked by a new Israeli administration.

"The Trump peace plan is on ice – maybe permanently," Dan Shapiro, former US ambassador to Israel between 2011 and 2017, told the Jewish Insider. 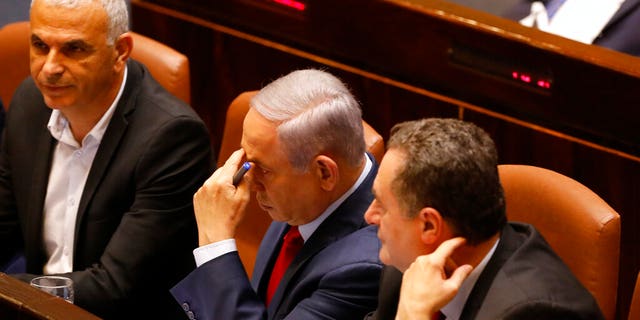 Israeli Prime Minister Benjamin Netanyahu before voting in the Knesset, Israel’s parliament in Jerusalem, Wednesday, May 29, 2019. Israel’s parliament has voted to dissolve itself, sending the country to an unprecedented second snap election this year as Prime Minister Benjamin Netanyahu failed to form a governing coalition before a midnight deadline.
(AP)

Kushner and Jason Greenblatt, America's Middle East envoy, arrived in Jerusalem Wednesday night just hours before Israel's parliament voted to disband. The pair is expected to meet with Netanyahu on Thursday. The trip was scheduled ahead of the recent political developments and was supposed to take place before a conference scheduled in Bahrain next month. The United States has touted the economic part of the Trump-Kushner peace plan as the "deal of the century", though the deal, some say, couldn't have come at a worse time.

Jonathan Schanzer, vice president at the Foundation for Defense of Democracies, has worked closely with the Trump administration on Middle East policies and told the Washington Examiner that while the new developments in Israel complicate the process, a deal isn't dead-on-arrival. 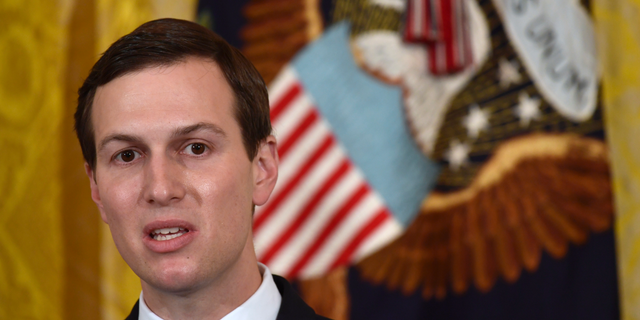 "It's not impossible, but extremely difficult because any agreement that Netanyahu might agree to would lack the support for the Israeli electorate," he said.

Though little is known about the actual deal, public statements indicate it relies on economic solutions, not political ones. That doesn't seem to matter much to Palestinians who have cut off contact with the Trump administration and have rejected the peace plan sight unseen and have actively been urging Arabs in the region to steer clear of a Bahrain meeting on June 25-26. Despite the push to boycott, Bahrain, Saudi Arabia, the United Arab Emirates and Qatar have signaled they intend to participate.

On Wednesday, Jordan, which has close ties to Palestinian leadership, stood by a two-state solution to the Israeli-Palestinian conflict, exposing a rift with the Trump administration. Kushner and Greenblatt met with Jordan's King Abdullah II in Amman where they "discussed regional developments, especially efforts to resolve the Palestinian-Israeli conflict" though the king's commitment to the two-state solution, with the formation of an independent Palestinian state alongside Israel, seems to be at odds with the Trump-backed plan.

Greenblatt tweeted he had a "constructive meeting" with the king that included "a good conversation about regional dynamics and our administration's effort to help Israel and Palestinians achieve a brighter future."

Greenblatt and Kushner met with Morocco's King Mohamed VI on Tuesday. Moroccan officials declined to comment on the visit.

The Palestinian Authority, which has complained that the White House favors Israel, cut ties with the Trump administration following several actions targeting them, including Trump closing the Palestinian diplomatic mission in Washington. The U.S. also stopped funding the U.N. agency that helps Palestinian refugees, slashed hundreds of millions of dollars in aid for projects in the West Bank and Gaza as well as pulled funding to hospitals in Jerusalem that served Palestinians. Trump also recognized Jerusalem as the capital of Israel and moved the U.S. Embassy to Tel Aviv.

In an interview with The Associated Press, Palestinian Prime Minister Mohammed Shtayyeh likened the as-yet-to-be-seen peace plan as "financial blackmail, which we reject."