An eight-week-old baby of a lesbian couple is ‘lucky to be alive’ after a rock was thrown through the family’s window in an apparent hate attack.

Hope Devine, eight weeks old, narrowly escaped injury when the missile bounced off the top of the swing chair she was sleeping in on Monday evening.

Parents Lucy, 21, and Leanne, 22, were left distraught by the incident, which they say is the latest in a string of attacks since they moved into their home home in Padiham, Lancs, in September 2019.

The couple have also had homophobic notes shoved through their letterbox and been attacked as they walked to the shop.

Since the rock attack, police have mounted nightly patrols at the couple’s home.

Lucy said: ‘This was absolutely horrifying as our youngest daughter could have been killed. The rock missed her head by centimetres, she is lucky to be alive. 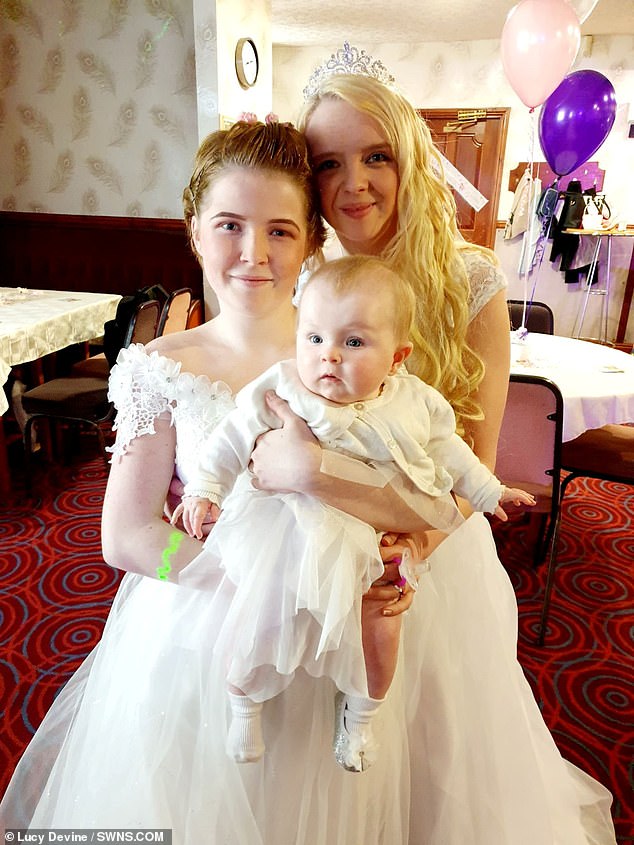 Lucy and Leanne Devine, pictured with older daughter Faith on their wedding day, say they have come under attack since moving in 18 months ago

‘The only reason I can honestly think of as to why we are being targeted this way is because of our sexuality as I can hand on heart swear that we have not done anything to anyone for us to be treated this way.

‘I really can’t thank the police enough for all that they have done and are doing to help keep me and my family safe.’

The couple, who have been together for seven years, married in 2019 and also have daughter Faith, is two. 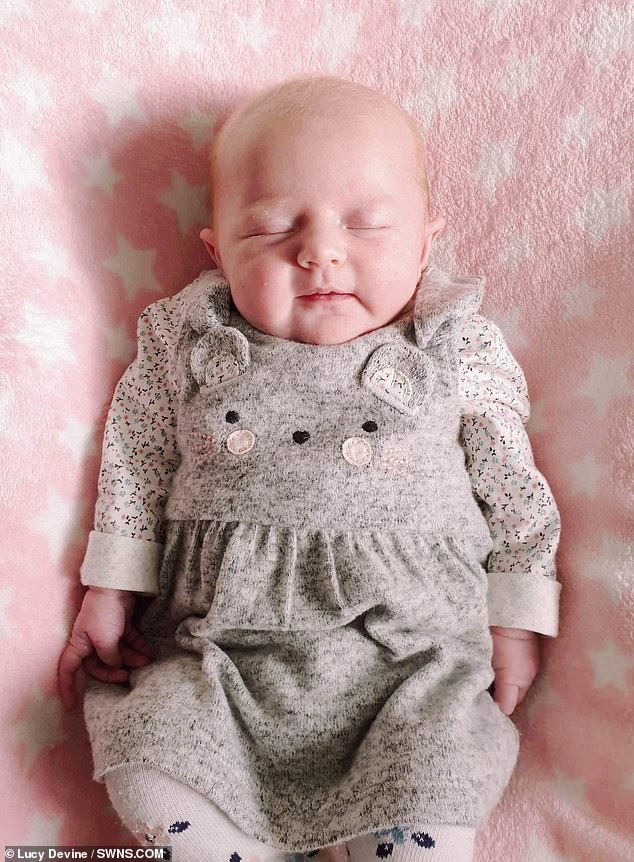 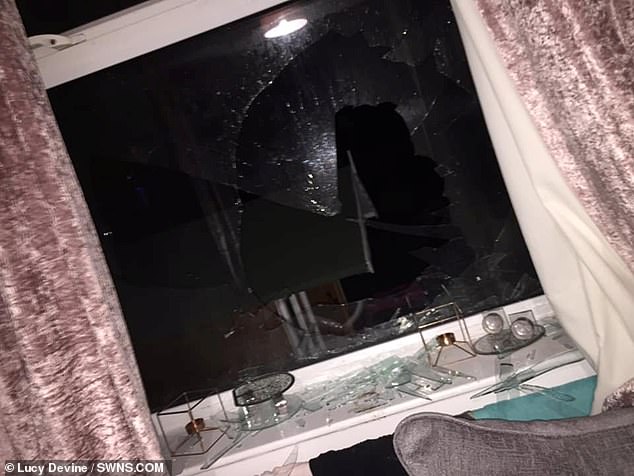 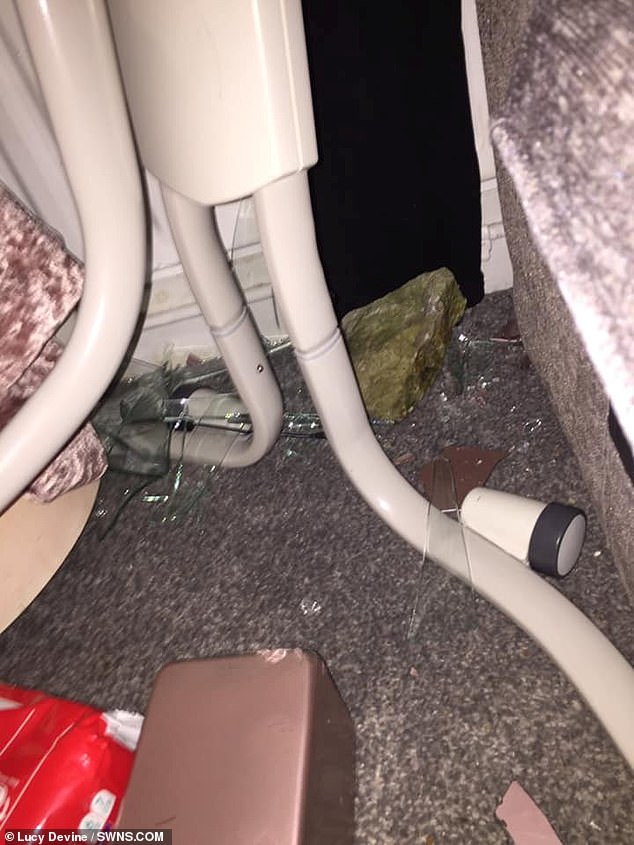 A month after they moved in the abuse escalated and police were called when Lucy and Faith, who was just one at the time, were pelted with stones as they made a visit to their local shop.

The incidents were reported to the police and the couple started shopping alone to keep their children out of harm’s way.

Over the past six months the couple’s garden has been trashed several times with ornaments smashed, plants stolen and homophobic insults daubbed on their walls in chalk.

And in one terrifying incident, an attempt was made to burn a hole through the back door of their property. 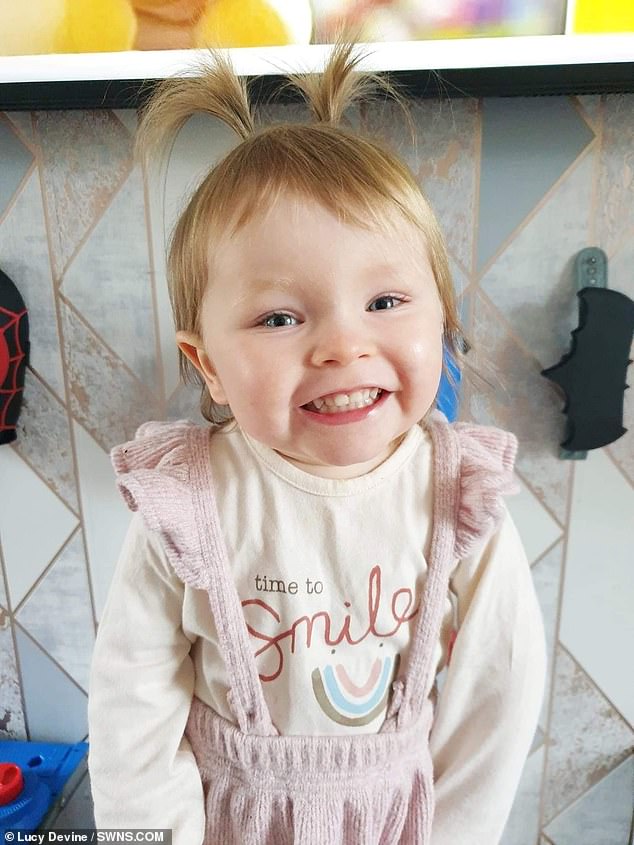 In a desperate attempt to catch whoever is responsible the couple have been taking it in turns to keep watch at night while the other sleeps.

Lucy added: ‘Our relatives and friends are always checking in on us to see how we are doing and how they can help. They have been absolutely amazing throughout all of this.

‘Our neighbours have also been amazing, doing all they can do to try and keep us safe.

‘One neighbour even got us a 6ft gate built at the side of our house so there is no easy access to our back garden any more.

‘We honestly cannot thank them enough.’