The UK is currently experiencing a record-breaking heatwave and the hottest August day in 17 years was recorded on Friday. But the Met Office has issued yellow thunderstorm warnings for most of the country.

The Met Office Chief Meteorologist Paul Gundersen said: “Today warnings cover much of England, away from the east coast, Wales and parts of Scotland.

“The storms will be isolated but where they happen there will be frequent lightning, gusty winds and intense, heavy downpours with 30 to 40mm of rain possible in less than an hour and, in isolated spots, a small chance of 60mm falling.

“With the continuing hot weather, large swathes of the UK continue to be at risk from thunderstorms and potentially the impacts from heavy rain, into the early part of next week.”

According to the Netweather, thunderstorms have already started in London, Surrey, Buckinghamshire, Hertfordshire, Bedfordshire and Berkshire. 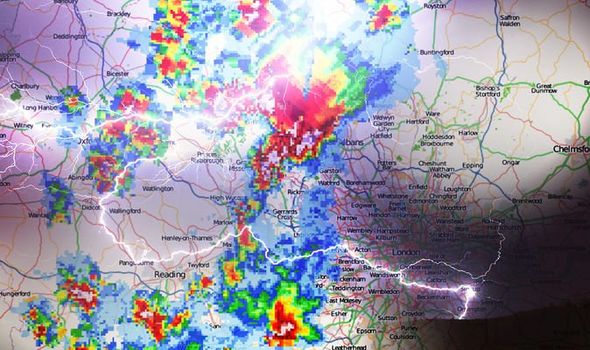 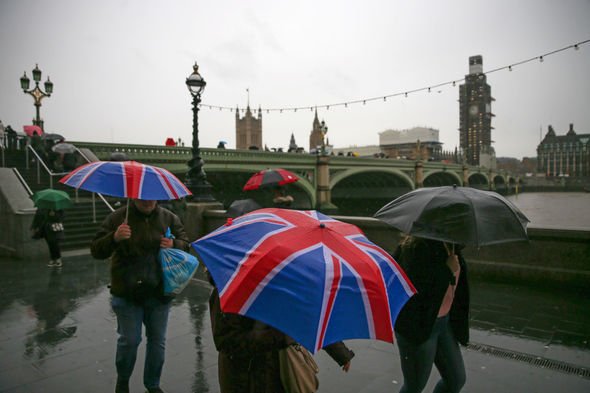 The weather outlet warned there will be torrential rain, lightning, hail and poor visibility on the roads during the thunderstorms.

Compared to yesterday’s storms, these are expected to be more widespread across the south of England.

Temperatures will dip as the storms continue. 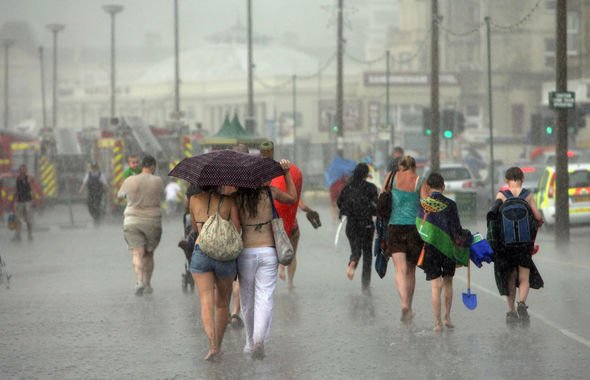 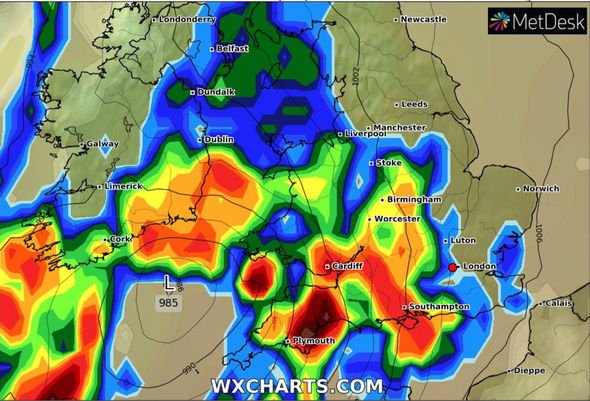 Many areas have been impacted by the intense rainfall including Fife, where an amber warning was put in place.

Homes and businesses across central and western Wales have also been flooded.

Neil Davies, Flood Duty Manager at the Environment Agency, said: “Isolated thunderstorms could bring sudden surface water and river flooding to parts of England today, which may lead to flooded properties and severe travel disruption in some areas.

“Further surface water and river flooding is also a possibility from Thursday to Sunday. 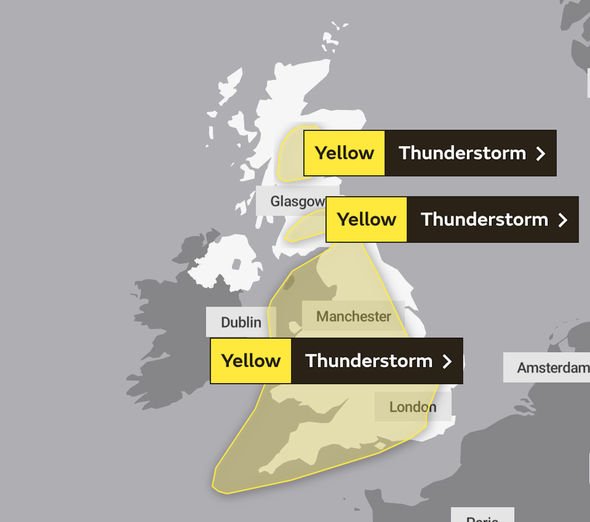 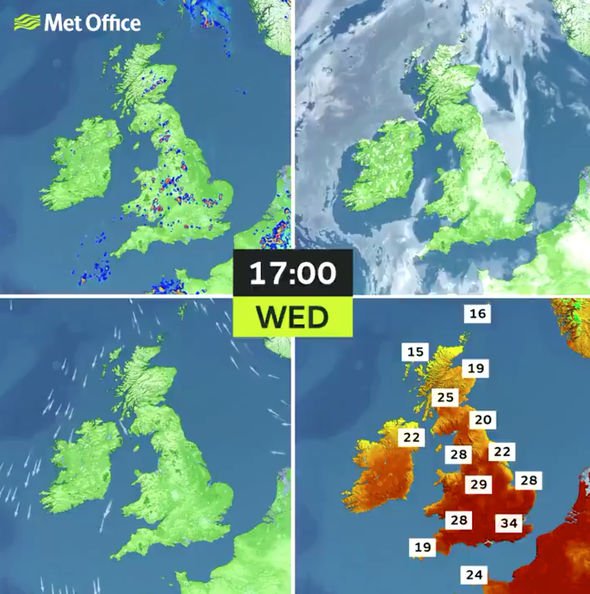 “Environment Agency teams are working hard alongside local authorities to reduce the risk of flooding and keep communities safe, clearing grills and weed screens in areas which may be affected by heavy showers, and are ready to respond and support where needed.”

Although most of the country will see thunderstorms and heavy rainfall, the Met Office claims the hot weather will continue towards the end of the week.

Temperatures are expected to reach up to 35C or 36C in parts of southern and central England.

These will dip slightly to the mid to high 20s for Friday and the weekend. 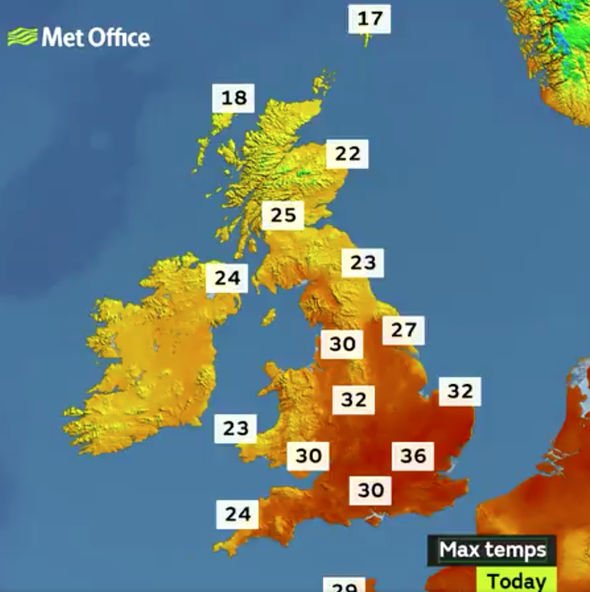 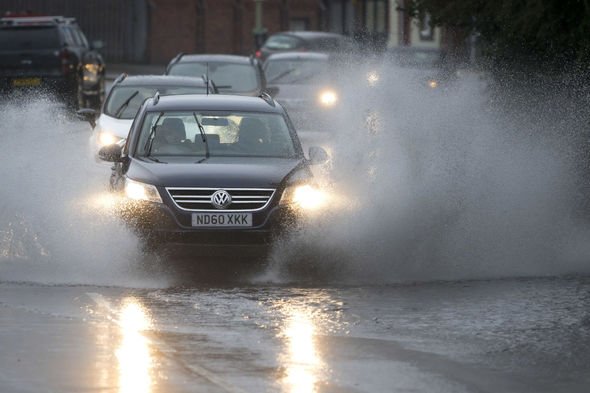 Those struggling to sleep during the heatwave are in for some bad news as temperatures will remain high overnight.

Some areas will experience temperatures over 20C throughout the night.

These occurrences are known as Tropical Nights and this month, the UK has recorded four so far.

Following the ongoing heatwave, Public Health England issued a heat health alert for parts of England into next week.

Ishani Kar-Purkayastha, a consultant at Public Health England, said: “This summer, many of us are spending more time at home due to COVID-19.

“A lot of homes can overheat, so it’s important we continue to check on older people and those with underlying health conditions, particularly if they’re living alone and may be socially isolated.”

08/12/2020 World News Comments Off on Lightning storm warning: Horror rain, thunder and hail to smash London and south in HOURS
Recent Posts
We and our partners use cookies on this site to improve our service, perform analytics, personalize advertising, measure advertising performance, and remember website preferences.Ok