Recriminations continue to flow over the shock defeat of Kristina Keneally in the once-safe seat of Fowler, with Labor branch members in south-west Sydney calling for the party’s head office to discipline those who “white-anted” the former premier.

Members of the Cabramatta branch also called on the NSW ALP to consider expelling Tu Le, a Vietnamese-Australian lawyer who had hoped to run for Labor in Fowler before Keneally was controversially “parachuted” into the seat. 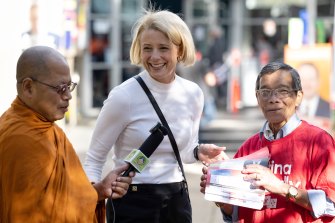 Kristina Keneally lost the previously safe seat of Fowler after a backlash from voters.Credit:Nick Moir

Independent Dai Le scored one of the biggest upsets on election night by defeating Keneally in Fowler, a seat Labor previously held on a comfortable 14 per cent margin.

At a heated meeting of the Cabramatta branch last month, party members hit out at Tu Le for criticising the party following Labor’s decision to preselect Keneally last year, according to confidential minutes obtained by the Herald. 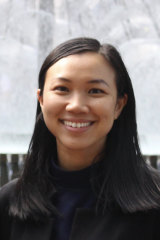 Cabramatta branch members called for Labor head office to consider expelling Tu Le who had hoped to run for Fowler.

In one of several interviews in September, Le described Keneally’s preselection as a “debacle” and said Fowler locals were “furious” about the party’s decision.

“We, the Cabramatta Labor branch condemn Tu Le for undermining the endorsed candidate Kristina Keneally in the media,” according to a motion passed at the June 6 branch meeting.

“We, the Cabramatta branch request the NSW Labor head office to consider [sic] removing Tu Le from the Labor Party.”

Sources said branch members were peeved by the presumption Le would have won a rank-and-file ballot given she had only moved to the electorate a year earlier herself and was not well-known in the area.

Tu Le was Chris Hayes’ chosen candidate to succeed him in the seat, which has a high concentration of Vietnamese-Australian voters. 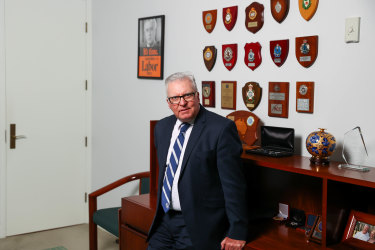 Labor head office, backed by then-opposition leader Anthony Albanese, instead chose to preselect Keneally despite the fact she lived on the Northern Beaches and had few local connections.

Keneally was in line to serve as a senior Labor cabinet minister in the Albanese government had she won the seat.

Sources said Le attended a Cabramatta branch meeting on Monday night and sought to have the motion rescinded, but was knocked back by members.

A second motion passed at the June meeting said: “The Cabramatta Labor branch requests the NSW Labor head office to investigate [sic] and discipline individual members who sought to undermine and white-ant endorsed Labor candidate in the Fowler federal election campaign in the media reports and other forms of social media.”

Sources said both resolutions were passed unanimously at the meeting, which was attended by around 30 people.

“The branch members were pissed off,” a member who attended the meeting said.

Another source said: “Members were reeling and hurting from such a significant loss”.

According to the meeting’s minutes, Fairfield Labor Councillor George Barcha told members that Hayes “should have done more to help Kristina Keneally’s campaign for Fowler”.

Hayes said he was living in the Macarthur electorate during the campaign and had helped Labor campaign there.

Tu Le did not respond to requests for comment.

Our Breaking News Alert will notify you of significant breaking news when it happens. Get it here.