Huge loophole could ALLOW World No. 1 Novak Djokovic to play at the Australian Open – despite the tennis champ refusing to reveal his vaccine status

A special medical exemption could allow Novak Djokovic to get around strict Australian Open rules and play in the Grand Slam even if he is unvaccinated.

The world No.1 – an outspoken anti-vaxxer – has so far refused to reveal if he is fully vaccinated against Covid-19.

However, the sport’s top organising body said players could get around the strict quarantine requirements by obtaining a ‘valid medical exemption’.

Djokovic is an outspoken anti-vaxxer, despite contracting the virus last year while hosting a party in the middle of the pandemic

Djokovic apparently has grounds to apply for the exemption and is backed by Tennis Australia officials, News Corp reported.

‘[The rules] include certified proof of vaccination or a valid medical exemption approved by Australian medical officials,’ a Tennis Australia spokesman said.

‘What has also been made clear by health officials is that international arrivals who don’t meet these requirements will need to quarantine for 14 days.’

The 34-year-old on Tuesday confirmed he will take part in the warm-up ATP Cup event in Sydney in early January – in a strong indication he is either fully vaccinated or has a medical exemption.

‘Top seed Serbia, headlined by World No.1 Novak Djokovic, will lead Group A, which will also features Norway, Chile and Spain,’ the ATP said in a statement on its website on Tuesday.

Djokovic is the greatest champion in Australian Open history and is set to chase a 10th title in Melbourne when the competition kicks off on January 17 next year. 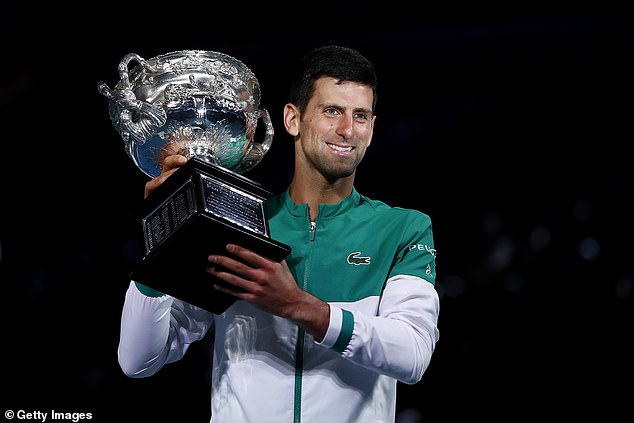 Novak Djokovic on Tuesday confirmed he will take part in the ATP Cup in Sydney – giving strong indications the world No.1 is vaccinated and will play at the Australian Open

He has so far refused to be drawn in on questions about his availability for the opening grand slam, saying in an interview last year he would have to consider his future in the sport if vaccinations were made mandatory.

‘My issue here with vaccines is if someone is forcing me to put something in my body. That I don’t want. For me that’s unacceptable,’ he told the New York Times.

He had questions with the Covid vaccine in particular because the virus was constantly ‘mutating’. 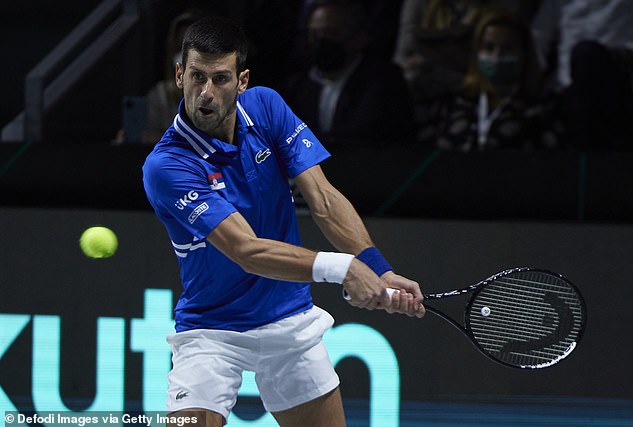 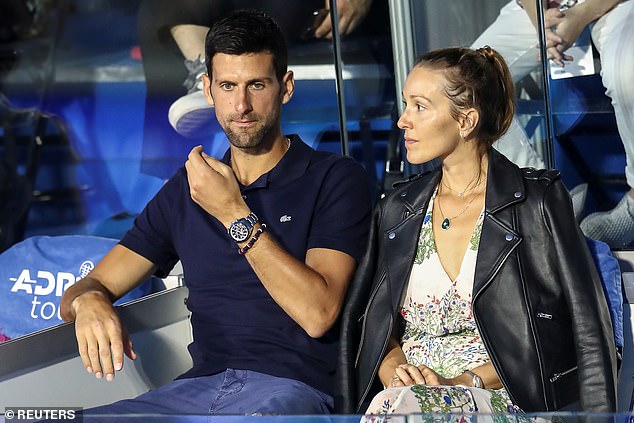 Novak Djokovic pictured with his wife Jelena. Tennis Australia last month announced only double-jabbed players would be allowed to play at Melbourne Park in January

The 34-year-old said just last month that he was yet to speak to Tennis Australia about his eligibility for the competition.

‘I haven’t been talking to them, to be honest. I was just waiting to hear what the news is going to be and now that I know we’ll just have to wait and see,’ he said.

‘I understand you want answers on where and how I am going to start the new season, but we’ll see what the future holds.

‘I can’t give you a date, but obviously the Australian Open is coming soon, so you will know very soon.’