LORD Alan Sugar told George Galloway to "shut your mouth" and branded the politician a "bloody liar" in a fiery row over antisemitic tweets on Good Morning Britain.

The Apprentice star called Galloway a "vehement anti-Semite" during the spat on this morning's show. 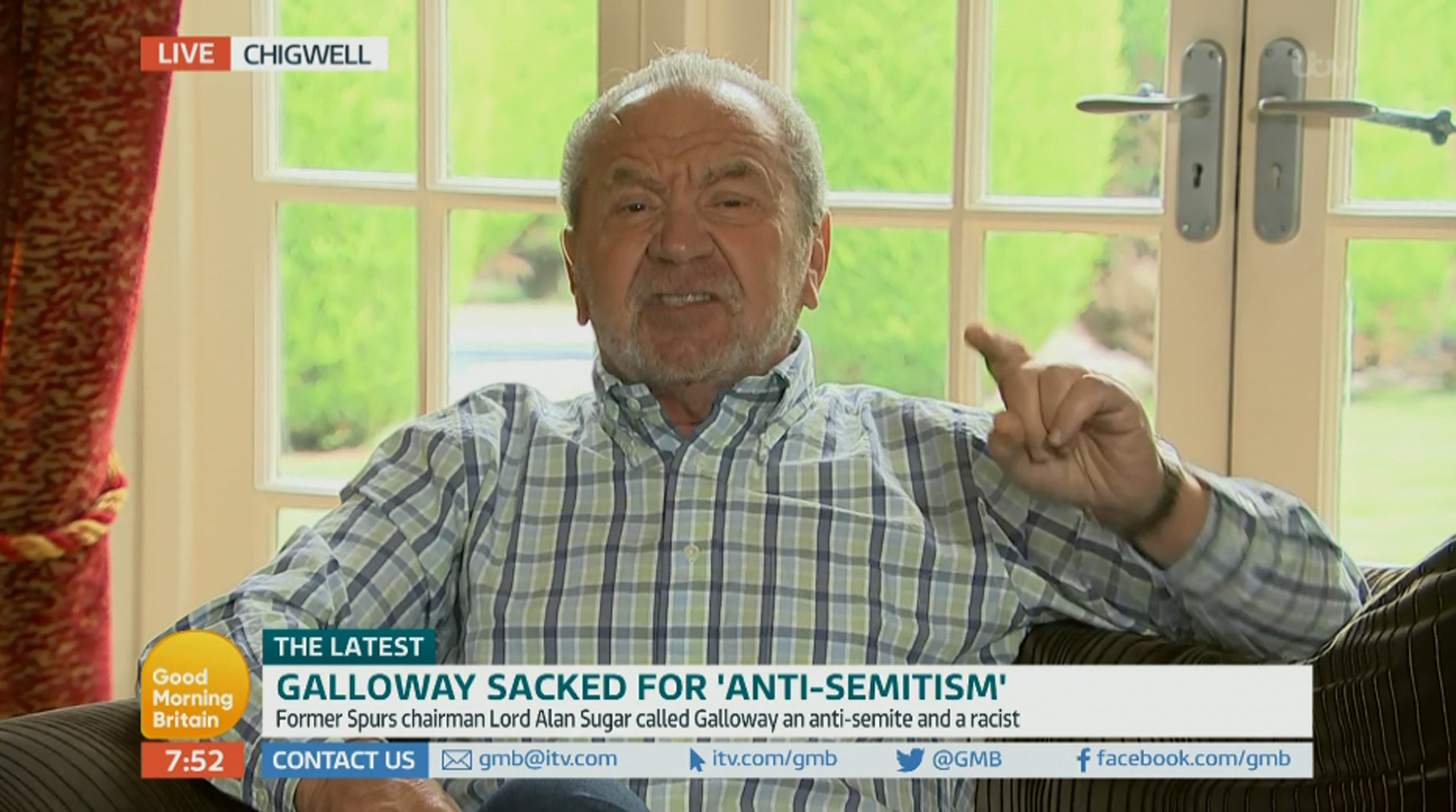 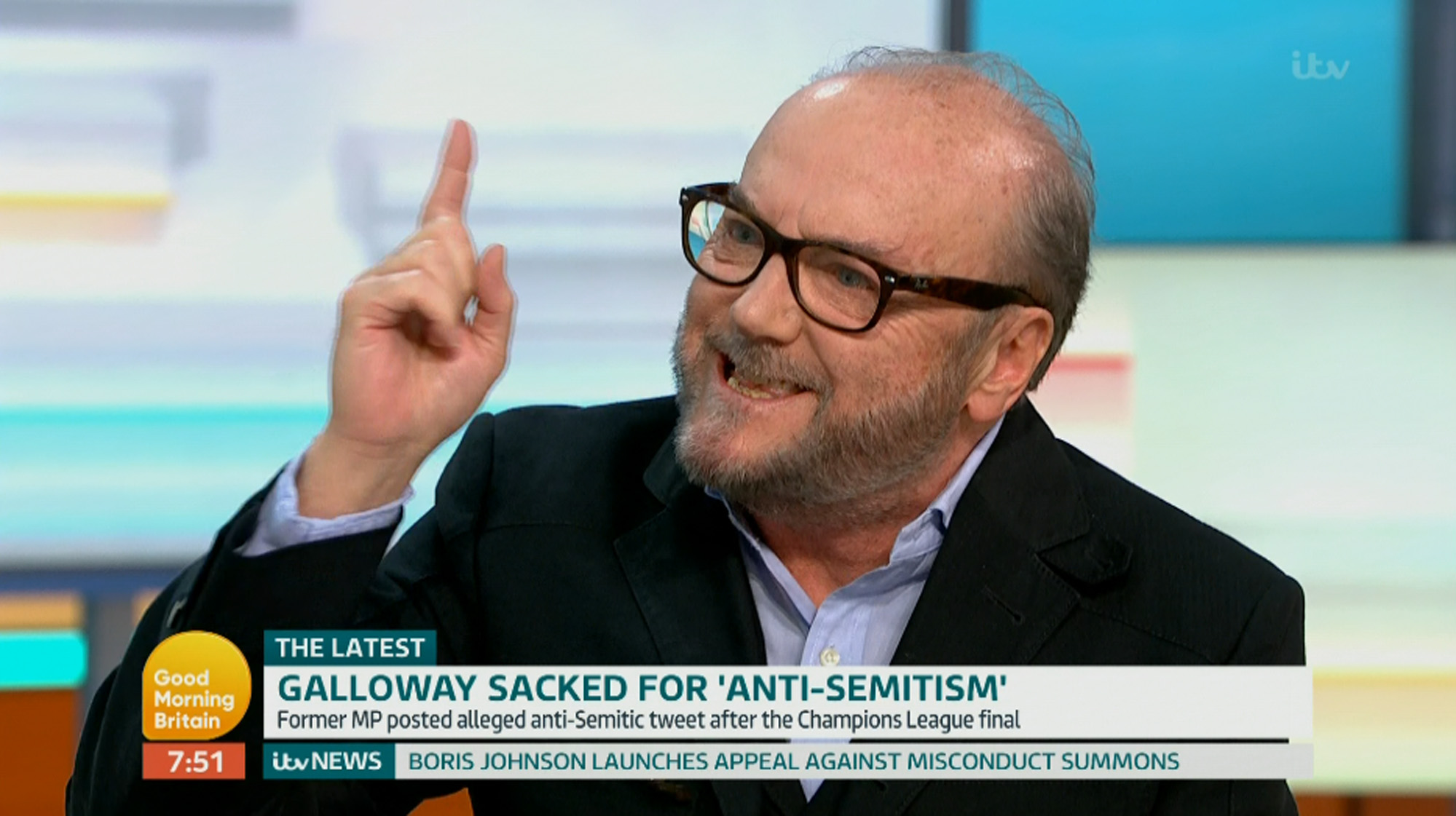 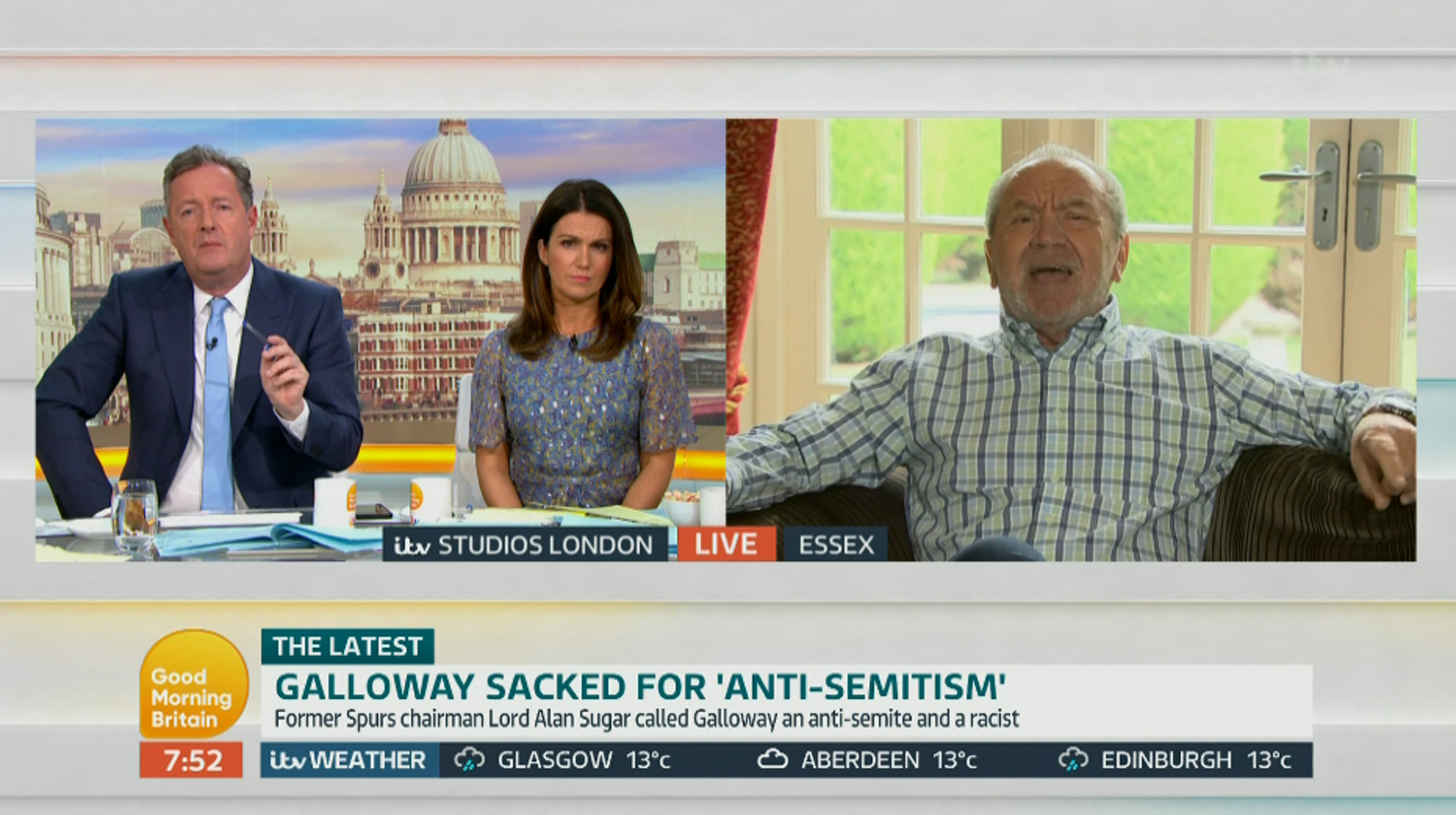 They were invited on the programme to talk about an alleged anti-Semitic tweet Galloway sent out during the Champions League football final between Spurs and Liverpool at the weekend.

like being lectured by the Hunchback of Notre-Dame, Lord Sugar sitting there in his expansive drawing room

The former Labour MP was sensationally sacked by talkRADIO when he told of relief at "no Israel flags" on the League trophy won by Liverpool.

He tweeted: "Congratulations to the great people of #Liverpool to the memory of the socialist miner #BillShankley to the fallen #96 to those who fought for justice for them and to the Liverpool dockers.

Further slamming Galloway's tweet, the former chairman of Tottenham added: "What has Israel got to do with a Champions League game?"

Galloway said it was "like being lectured by the Hunchback of Notre-Dame, Lord Sugar sitting there in his expansive drawing room".

Throughout the row, Sugar, who attended Saturday's game, said he hadn't seen any Israeli flags being flown.

He said: "He’s (Galloway) talking a load of garbage as usual. I walked with 15,000 Tottenham fans and the Liverpool fans from where they dropped me off because we couldn’t get the car through.

Lord Sugar also said Galloway should apologise to Jewish fans – but Galloway refused to do this.

Intervening, host Piers Morgan then reminded Lord Sugar that Lord Sugar, 72, that he was involved in his own racial Twitter storm during last year's World Cup.

He was slammed criticised for tweeting about the Senegal squad that compared the players to people selling sunglasses and handbags on beaches.

Responding to that, Lord Sugar explained: "I remember that, it was a terrible mistake.

Earlier, host Piers Morgan asked Galloway why he called out the Israel flag – and described his post-match tweet "blatantly anti-Semitic".

Galloway responded: "I call out the Israel flag every time I see it – whether Tommy Robinson or the EDL are carrying it, or the loyalists in Belfast, or the football fans at Rangers or Spurs. I call it out because it is the flag of apartheid. I have spent 45 years fighting for the Palestinian people. If you feel like me – and millions do – you have to call it out."