Like much of the EU, France continues to be engulfed with coronavirus as Brussels bureaucrats have repeatedly hampered an effective vaccine rollout. This has caused it to lag far behind the UK – which harnessed the freedom Brexit gave it to storm ahead.

The situation is the polar opposite in France, which on Friday reported 25,229 new coronavirus cases in a 24-hour span, taking the total to more than four million.

The number of deaths in Europhile Mr Macron’s republic also passed 90,000, according to data released by health authorities.

But the number of those who need life support increased by 41 to 4,033, the highest level since late November 2020. 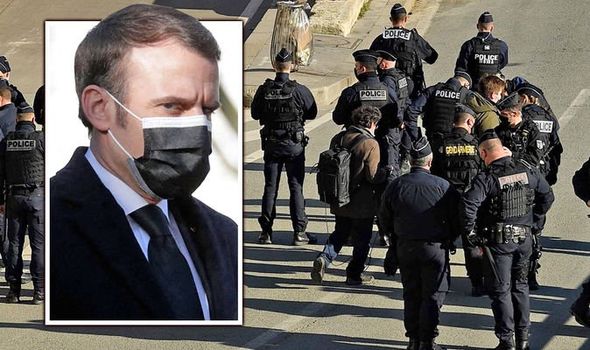 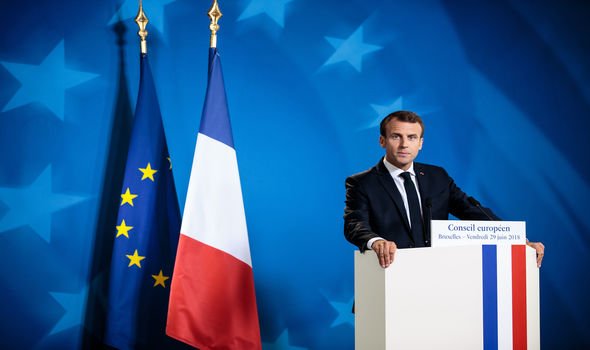 As the dire situation continues, Paris police said that more than 4,000 officers and gendarmes would be deployed in the capital this weekend.

Their primary focus would be to ensure mask-wearing, the nightly curfew and evacuate crowded public places not properly social distancing, they said.

A police source said “preventive actions” will be carried out “in areas that are too densely frequented in order to remind people of the necessary respect for health measures”. 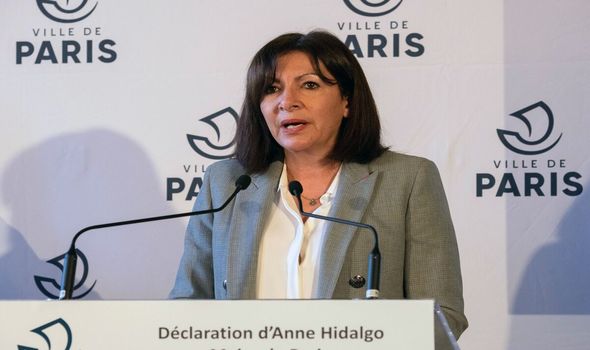 “We are monitoring this situation from day to day to be ready at any time to take the measures that it calls for.”

The efforts to enforce social distancing came just a week after Paris’ mayor described plans to plunge the city into weekend lockdowns as “inhumane”.

Anne Hidalgo has vehemently opposed government plans to shut down the city and its suburbs at the end of the week.

She claimed that many Parisians live in apartments with no outside space and “need a horizon” and have to be able to escape to outside spaces such as parks, gardens and riverside areas.

“These places are vital for us to breathe in our city,” she added stressing that it was safer for Parisians to be outside rather than cooped up inside flats and offices. 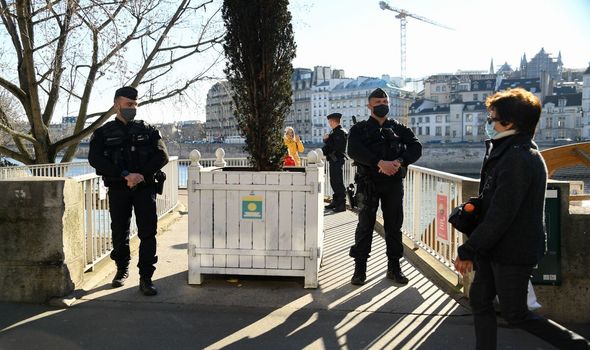 The idea of a weekend lockdown was “a proposal that is difficult, hard and even inhumane”, she added.

She said: “Very many residents of Paris, and even if it’s not my direct responsibility, areas like Seine-Saint-Denis, live in cramped apartments without any outside space, sometimes even several generations under the same roof.

“We know that these residents have already paid a heavy price because of this epidemic.

“We know that the coronavirus is transmitted more in closed and badly ventilated places. 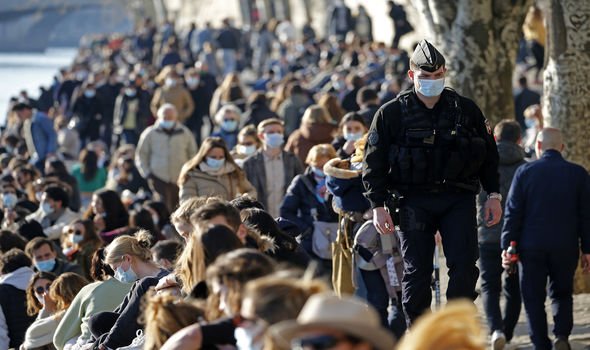 “Outside, there is less risk of catching Covid, especially if one wears a mask and respects the protection measures.”

So far Paris has avoided weekend lockdowns that have been enforced in other parts of France.

This month Dunkirk, Nice and 63 towns and villages were put under lockdown from 6pm on Friday to 6am on Monday after a surge in Covid-19 infections.