Under the proposal for a two-year transitional government, the president would be a ‘civil or military personality’. 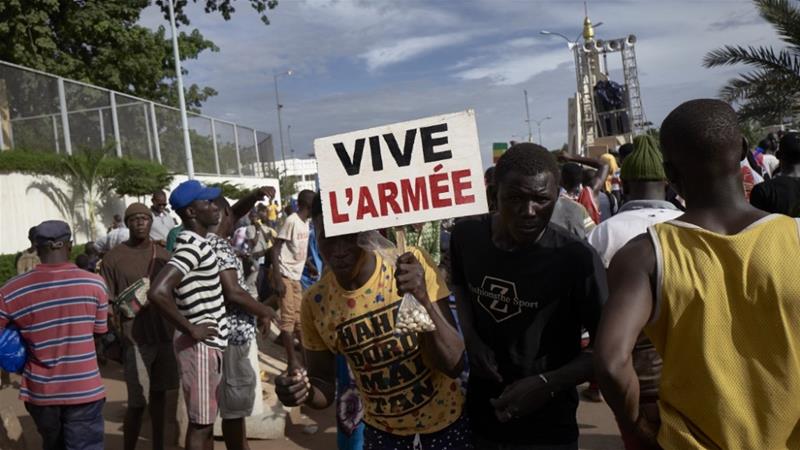 Experts appointed by Mali’s new military rulers have proposed a two-year transitional government led by a president chosen by the army, despite calls by West African leaders for elections within 12 months.

Friday’s recommendation emerged on the second day of talks in the capital, Bamako, aimed at mapping a way forward in the wake of the August 18 military coup that overthrew embattled President Ibrahim Boubacar Keita.

The Economic Community of West African States (ECOWAS) regional bloc has given the military until Tuesday to name a transitional president and prime minister. It has not said what it will do if its demands are not met by then.

In an eight-page “charter of the transition”, the constitutional experts wrote that a transitional period of 24 months was needed “in light of the complexity, the gravity and the structural depth of the Malian crisis”.

Under the proposal, the president would be a “civil or military personality”. The candidate must be between the ages of 35 and 75 and would not be eligible to stand for election at the end of the transition, it said.

The recommendations have not yet been formally approved by the representatives of the CNSP, political leaders and civil society groups taking part in the talks, which are due to end on Saturday.

The military rulers, just hours after the coup, pledged to restore civilian government and stage elections within a “reasonable time”.

But many participants at the Bamako forum are divided over issues such as how long a transition government should last, and what role the army should play.

Mali’s neighbours have watched with concern, fearing that the country at the heart of the fight against armed groups in the Sahel region could further slide into chaos.

The years-long violence plaguing Mali, in which armed groups affiliated to al-Qaeda and ISIL (ISIS) have stoked ethnic tensions while jockeying for power, has also spilled into the neighbouring countries of Niger and Burkina Faso, destabilising the wider region and creating an enormous humanitarian crisis.

The military government initially talked of a three-year transition, corresponding to the time left in Keita’s second five-year mandate that would be overseen by a soldier.

Ghana is due to host a mini-summit of ECOWAS leaders next Tuesday, a spokeswoman for Ghana’s foreign ministry said.