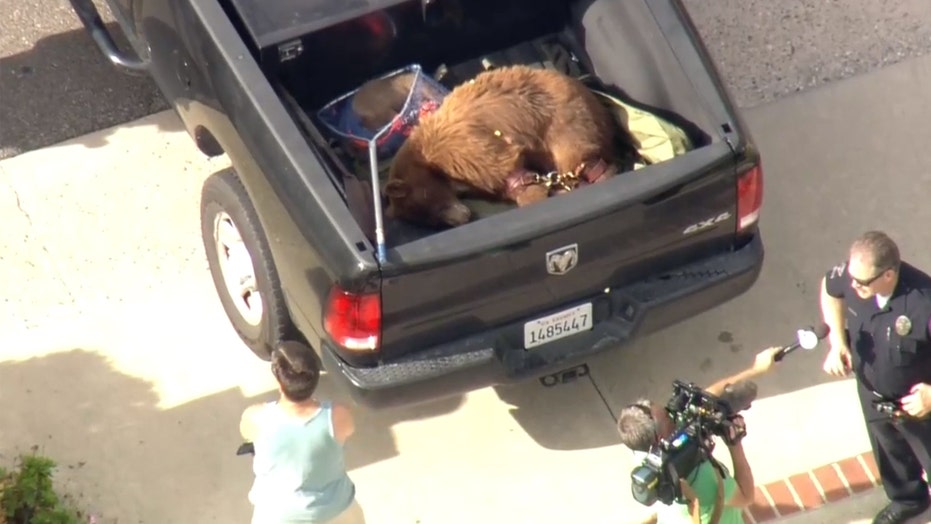 A man in California was attacked by a mother bear on Monday after his dog tried to attack the bear's cub and the animal went after the dog.

The incident happened around 2:40 p.m. in the Los Angeles suburb of Sierra Madre, located in the foothills next to the Angeles National Forest.

California Department of Fish and Wildlife officials told FOX11 the man spotted the bears in his backyard when his small dog began barking at it. 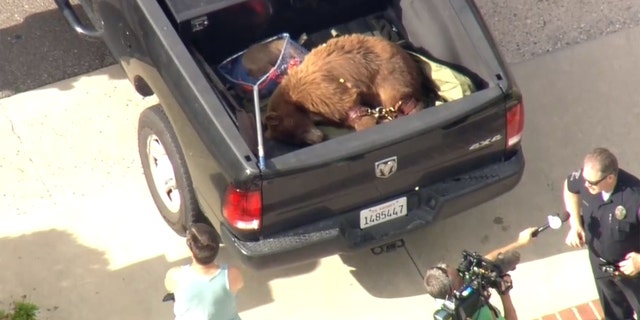 A mother bear slashed and bit a man in a Los Angeles suburb after the man’s dog tried to attack the bear’s cub and the animal went after the dog.
(FOX11)

Sierra Madre Police Chief Jim Hunt told KTLA the man, in an attempt to protect his dog, kicked the mama bear who then slashed his calves and bit the back of his right knee.

The man, aged in his 50's, was taken to the hospital but was expected to be ok. The dog was taken to a veterinarian and also did not sustain any serious injuries.

Fish and Wildlife officers tranquilized the bears and took them away. 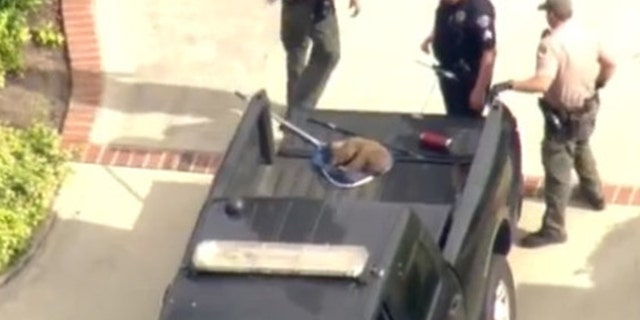 The mother bear and her cub were tranquilized and taken away.
(FOX11)

The department said there is increased black bear activity at this time of year but that the bears rarely pose a threat to public safety or to dogs and cats.