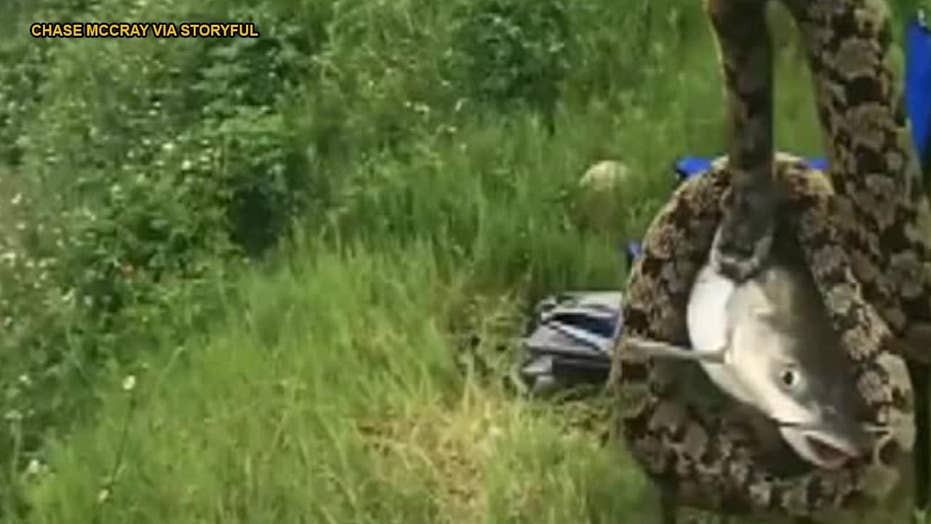 A Houston fisherman hooked a fish with a large snake attached. After witnessing the snake wrap itself around the fish, the man was eventually able to separate the two creatures and release them back into the wild.

A Houston fisherman didn’t realize the fish he was reeling in had already been claimed.

Chase McCray was surprised to find a large snake latched onto the fish he had just reeled in. Even after pulling his catch out of the water, the reptile clung onto the fish, unwilling to let go of its dinner. 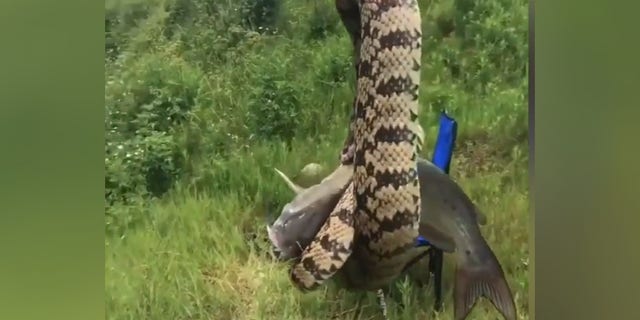 In the bizarre footage, the snake wraps itself around the fish while McCray watches with confusion.
(Chase McCray via Storyful)

In the bizarre footage, the snake wraps itself around the fish while McCray watches with confusion. The unusual catch was made in northwestern Harris County, ABC 7 reports.

According to McCray, he was eventually able to separate the snake from the fish, although it took some work. After pulling the two apart, he released them both back into the creek. “I took the knife to get the snake off the fish and released the fish," McCray told the outlet. "The snake had a few wounds from the knife, but I released it as well.”

This isn’t the first time a fisherman had to struggle with another animal to claim his catch.

In June, the crew of a chartered fishing trip in British Columbia, Canada, managed to film a killer whale heading straight for the boat — right after it snagged a massive salmon off a fisherman’s line.

"It was an amazing day," said Cal Robinson, the captain of Blackfish Charters, in a statement shared with Fox News. "Never in my life have I seen something like that."

Footage shared to Facebook shows a fisherman rushing to reel in a large Chinook salmon on the waters off Prince Rupert, just as the orca breaches in the distance.

“Reel, Norm!” one of the men shouts at the fisherman.

“It’s comin’ for you real fast,” another observes.

The killer whale continues to follow the salmon toward the boat — but as one of the fishermen soon observes, the orca had already taken a sizeable chunk out of the Chinook, which Robinson estimated to weigh around 30 pounds.

“It’s just a head left,” one of the men laughs.