After a stint of warm weather and sunshine, the UK might be facing miserable weather in the upcoming days. The Met Office this afternoon issued a yellow weather warning for heavy showers and thunderstorms which could cause travel disruption and a chance of fast flowing or deep flood water causing danger to life. But is your area affected by this intense weather?

The Met Office has issued a “danger to life” weather warning bringing with it heavy showers and thunderstorms which may cause travel disruption and flooding in places.

There is a small chance that homes and businesses could be flooded quickly causing damage to some buildings from floodwater and lightning strikes.

Additionally, where flooding or lightning strikes occur, there is a chance of travel delays and some cancellations to train and bus services.

The Met Office has also warned that spray and sudden flooding could lead to difficult driving conditions and some road closures. 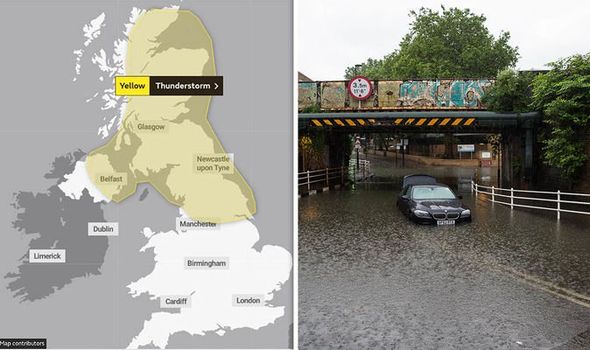 The weather service added there is a slight chance power cuts could occur and other services to some homes and businesses could be lost.

This afternoon the Met Office issued a yellow warning for Thursday from midday to 9pm. 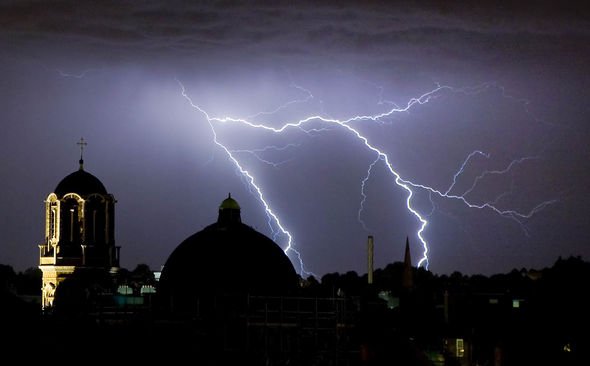 But is your area affected?

The weather warning covers a large portion of northern England and almost all of Scotland and Ireland.

Areas of Great Britain north of Manchester fall within the forecast danger zone.

The tempestuous weather up north directly contrasts with the fortunes of those in the south of the country where conditions are set to remain mild from the midlands spreading south to the capital and to the coast.

Highs of 21C are expected in London on Thursday, with a minimal chance of rain on Thursday. 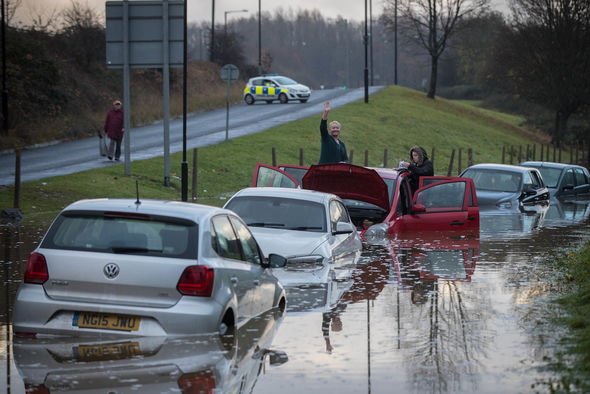 Weather forecaster Alex Burkill said: “On Wednesday, it will be particularly warm with temperatures at 26C, possibly 27C in some southern counties.

“But showers on Thursday could turn very thundery and will be heavy. It will still be quite humid though, which can feel unpleasant.

“The storms are something we are keeping an eye on.

“The thunder will bring a lot of downpours, which could cause localised problems, so we will watch these.” 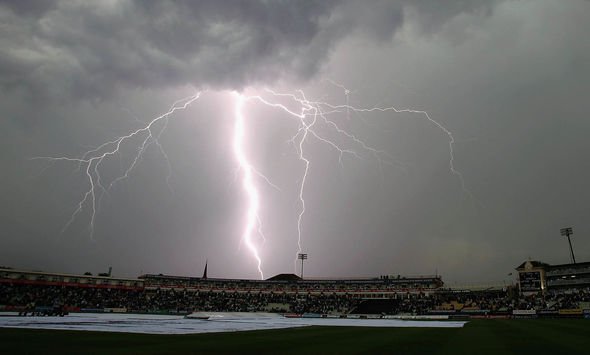 Generally ahead of Thursday, the UK is predicted to experience rainfall in the north, with southern areas expecting warmer weather.

On Tuesday a cloud and rain will move further eastwards across Scotland and northern England, leaving heavy showers for Northern Ireland.

Whereas Wales and southern parts of England will feel warm with sunny spells expected.

For the rest of the working week, rain or showers are thought likely to affect many on Wednesday, with warm humid weather on Thursday and Friday and heavy thundery showers expected, especially further north.

Over the weekend, Saturday and Sunday are expected to largely remain dry with sunny spells, although a few showers will develop during the day, especially across central and eastern areas. 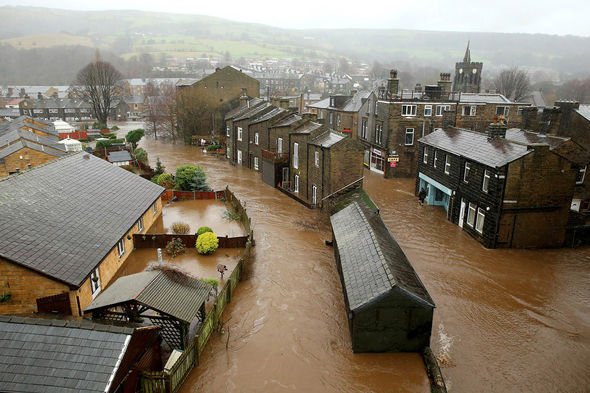 Next Monday should be a dry day for most, with bright or sunny spells, with temperatures expected to be near the normal range, but feel warm in the sunnier parts of the south and southwest.

The following week however is expected to bring wetter and possibly windier spells across the UK, more especially across the north and west.

The timings of these systems is currently very uncertain but is likely to be interspersed with drier and brighter periods.

Southern and southeastern areas are most likely to remain predominantly settled with temperatures expected to feel slightly warmer than average overall, especially during spells of settled weather.