MEXICO CITY (Reuters) – Mexican officials have captured more than 200 migrants hidden in trucks over the past two days, including dozens spotted by a large X-ray scanner huddled in secret compartments, as the country steps up a crackdown under U.S. pressure. 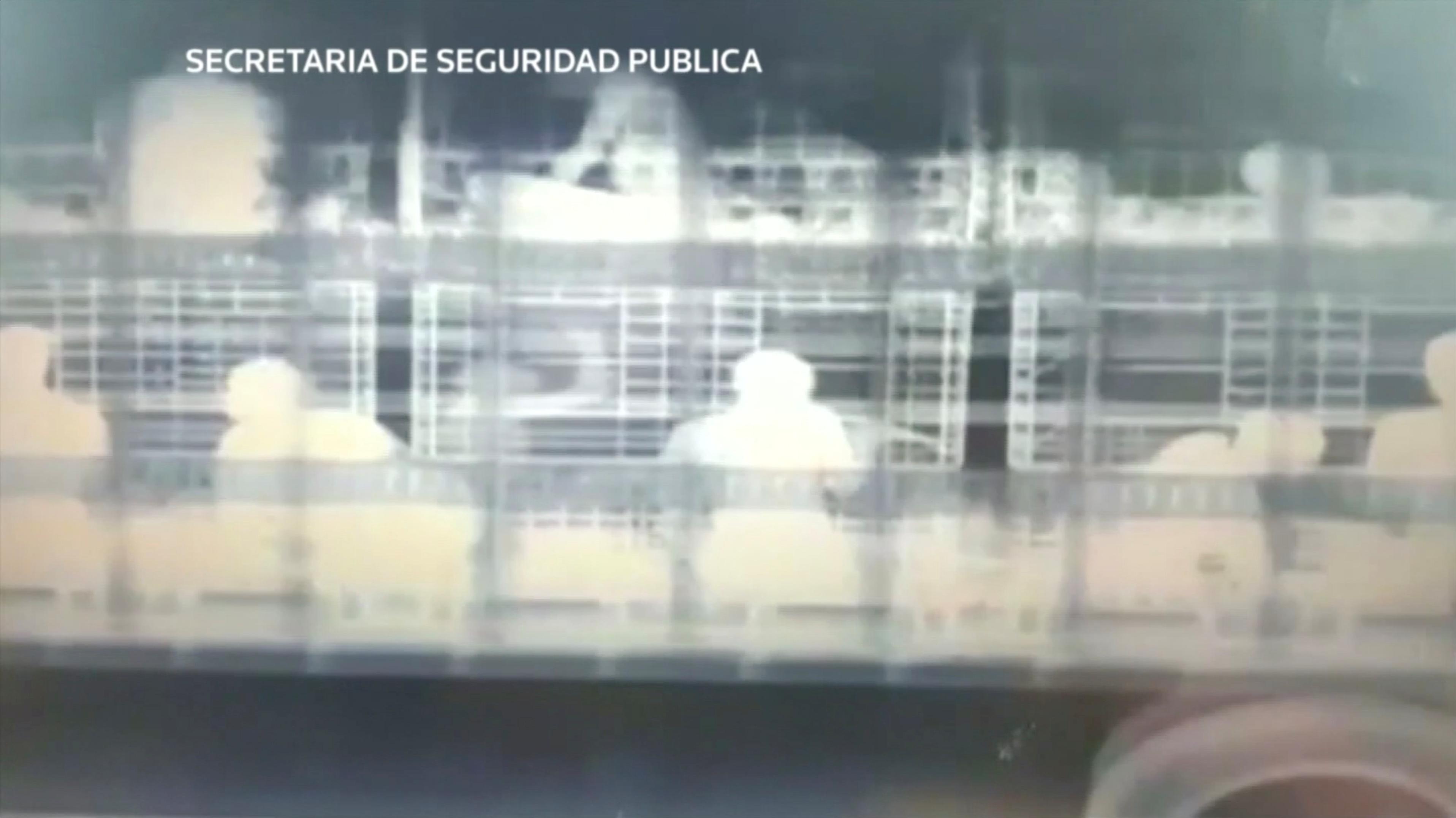 Footage of the X-ray shows a ghost-like truck filled with the brightened silhouettes of the migrants – some sitting and others lying down – along two levels of the crowded compartments on Sunday.

An additional 228 hidden migrants were found in a routine search of a soft drink transportation truck in the southern state of Chiapas on Monday, Mexico’s security ministry said in a statement.

Under Garduno, the agency has made a number of high-profile captures of migrants smuggled in commercial vehicles. The weekend Garduno took office, INM found 800 people in four trucks in the eastern state of Veracruz.

In another video of the X-ray-assisted detention released by Mexican authorities, an official approached the cargo vehicle at night to open the door to one of the crates. Sobs emerged from the otherwise-quiet container while he identified himself as a police officer and asked if migrants were in good health.

The migrants from Guatemala, Honduras, El Salvador, Nicaragua and Ecuador – 21 of whom were minors – are now in the custody of the INM, the security ministry said late on Sunday, adding they will be returned to their home countries.

The truck, its driver and 225,000 Mexican pesos ($12,000) in cash found in the vehicle are now in police custody and will be subject to investigation, the ministry added.

“It is our strategic objective to end the impunity for human traffickers,” Ebrard said at a news conference on Monday.