London: Mexico's President Andres Manuel Lopez Obrador says he will offer Julian Assange political asylum and supports the decision of a British judge to deny extradition of the WikiLeaks founder to the US.

"Assange is a journalist and deserves a chance. I am in favour of pardoning him," Lopez Obrador said. "We'll give him protection." 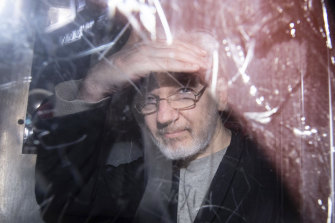 Assange's team did not immediately comment on the offer and restated calls for US President Donald Trump to issue the WikiLeaks founder a pardon.

Assange escaped extradition to the US when a British judge on Monday night AEDT agreed he was a suicide risk if sent to a US supermax prison and held in solitary confinement.

It is not the first time he has avoided being extradited. In 2012, Assange escaped being extradited to Sweden to face sexual assault allegations by seeking political asylum at the Ecuadorian embassy in London where he remained holed up for nearly seven years. 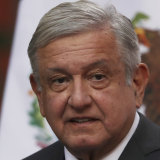 He was kicked out by his hosts in 2019, prompting the US government to request his extradition to face 17 spying charges relating to his publication of hundreds of thousands of secret US documents hacked by former intelligence analyst Chelsea Manning.

Judge Vanessa Baraitser agreed with all of the US government's arguments, including that Assange's conduct went beyond that of a journalist or whistleblower, and that his human rights would not be violated if he faced trial in the US.

But she agreed with Assange's lawyers that the conditions the 49-year-old was likely to be held under while in prison would make him a suicide risk, noting his family history of suicide and that he is diagnosed with Asperger's as well as suffering depression.

Her ruling is a blow to free speech campaigners, but at the same time a huge victory for Assange, who attended Monday's hearing dressed in a dark suit, tie and light-coloured shirt and wearing a face mask that covered his mouth but not his nose.

The US government is appealing in the High Court and Assange will face a bail hearing on Wednesday. He remains in custody at Belmarsh prison.

Stella Moris, the fiancee of Julian Assange, said the decision not to extradite him was only a "first step" towards justice. Moris, the mother of their two children Max and Gabriel, wept in court as the extradition request was denied. 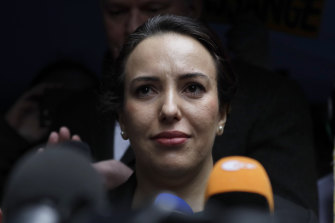 Outside the Old Bailey, she pleaded with US President Donald Trump to pardon the Australian WikiLeaks founder.

"Mr President, tear down these prison walls. Let our little boys have their father. Free Julian, free the press, free us all," she said.

"Today is a victory for Julian. Today's victory is the first step towards justice in this case."

But she said there would be no celebrations until her fiance was home. "I ask you all to shout louder, lobby harder until he is free," she said.

WikiLeaks editor Kristinn Hrafnsson said, while the ruling was a win for Julian Assange, it was "not necessarily a win for journalism".

Alan Rusbridger edited The Guardian when it collaborated with WikiLeaks' earliest publications. The masthead and others fell out with Assange and condemned the unredacted publication of the cables at the time.

Critically, the judge pointed to this statement in her judgment, saying of the dumping online of the unredacted cables: "it is difficult to see how a concept of 'responsible journalism' can sensibly be applied."

"The judge’s reasoning was hardly a ringing endorsement of either Wikileaks or the function of journalism," Rusbridger said.

"But the extradition outcome is the right one and I hope the US will now drop the pursuit of Assange (and Edward Snowden) and let them get on with their lives."

Human rights campaigners both welcomed and criticised the decision.

"The fact that the ruling is correct and saves Assange from extradition does not absolve the UK from having engaged in this politically motivated process at the behest of the USA and putting media freedom and freedom of expression on trial," said Nils Muižnieks from Amnesty International.

"It has set a terrible precedent for which the US is responsible and the UK government is complicit."

But national security hawks were outraged.

Conservative MP Tobais Ellwood, who chairs the Commons defence committee, said he hoped the US government would win on appeal.

"If the US can satisfy the appeal court that Assange will be responsibly treated given his condition, then I believe there’s every reason to believe he will finally face justice and finally answer the charges that he aided and abetted the theft and disclosure of US security personnel, thus endangering lives," Ellwood told The Sydney Morning Herald and The Age.

Alan Mendoza from the Henry Jackson Society said the ruling was "extraordinary" and set a worrying precedent.

"By claiming that it would be 'oppressive' to send a fugitive to face justice in compliance with an extradition treaty, a British judge has set a precedent that may hamper our ability to extradite others too," Mendoza said.

01/04/2021 World News Comments Off on Mexico to offer Julian Assange asylum after US extradition bid fails
Recent Posts
We and our partners use cookies on this site to improve our service, perform analytics, personalize advertising, measure advertising performance, and remember website preferences.Ok