And still they arrive… Group of 20 migrants are brought into Dover today after small boat with men, women and children is intercepted in English Channel amid choppy seas

A group of 20 migrants – including young children – were intercepted trying to cross the English Channel in a small boat today, despite choppy summer sea conditions.

Small children wearing orange life jackets were among more than a dozen asylum seekers being escorted off of the small boats this morning as they arrived in Dover, Kent.

A group of men were taken off a dinghy and transferred onto the Border Force vessel Typhoon at sea before being brought into the harbour and handed over to immigration officials.

Wearing Covid face masks, the asylum seekers made their way along the gangway after making the perilous journey across the English Channel.

A young child with curly brown hair was seen being carried by a border official after arriving on the Kent coastline.

Another young girl, wearing a pink jacket, was helped on to land by what looked like an older family members in the group.

Weather conditions at sea were easing today, following windy conditions which prevented any crossings on Thursday.

Today’s arrivals are the first since Wednesday when 248 people in five boats were picked up in the 21-mile wide Dover straits. 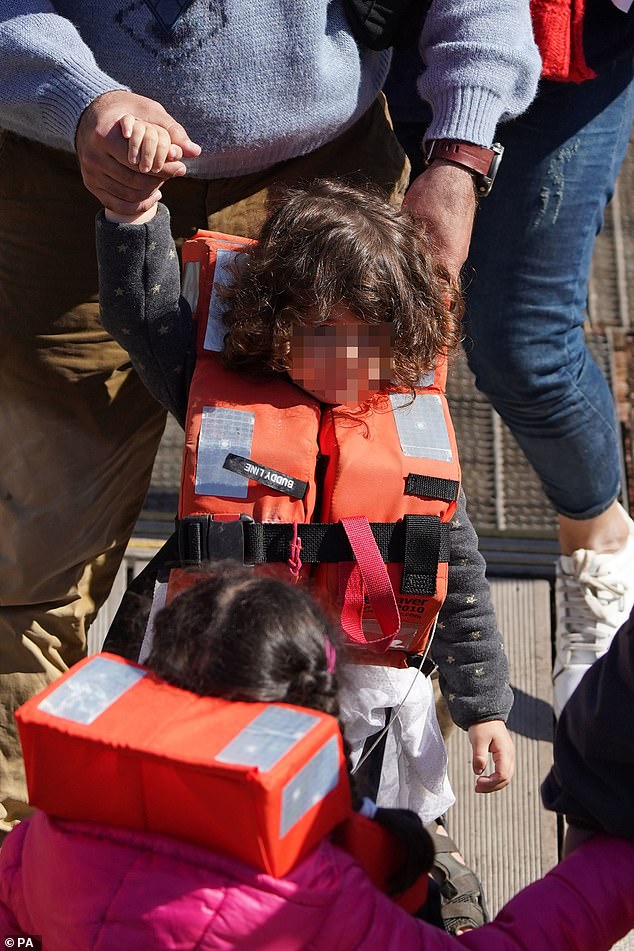 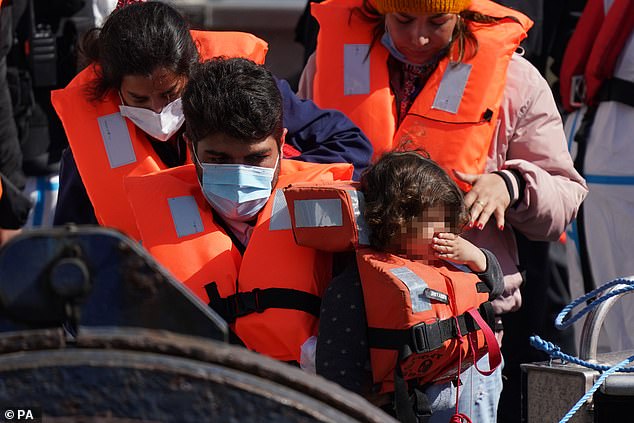 Families of asylum seekers, including a young child, wear orange life jackets before being escorted to land by border officials on Friday morning 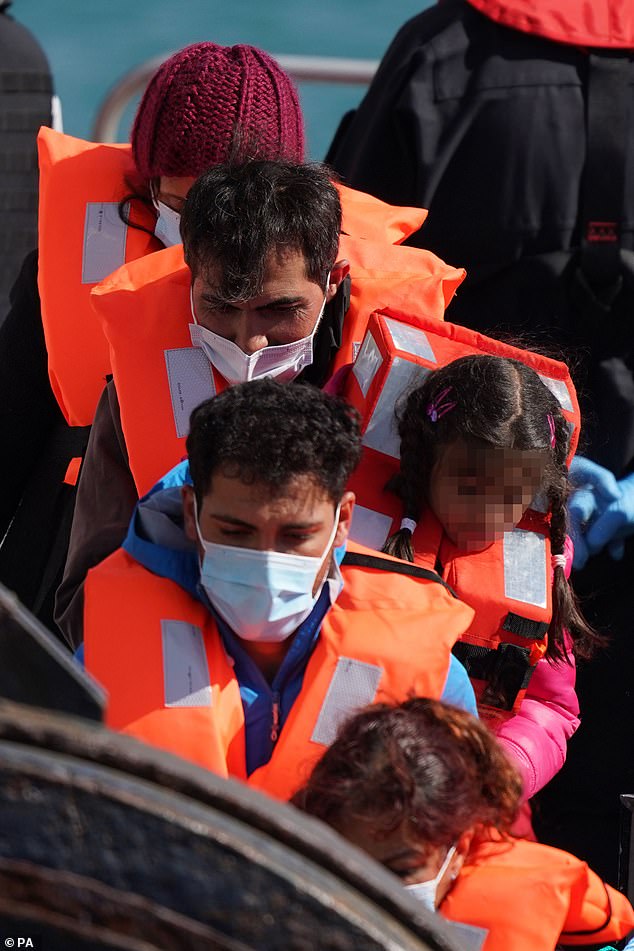 The tumultuous climate in British politics also did not seemed to deter migrants from arriving in the UK – one day after Boris Johnson resigned from power and triggered a new Tory leadership election.

Home Secretary Priti Patel was among the few cabinet ministers who did not sensationally quit her position earlier this week, as waves of MPs said they could no longer work under Mr Johnson’s leadership.

On Wednesday, a further 166 migrants had to be rescued by the French authorities after their dinghies got into difficulties off the coast in a number of incidents between Calais, Boulogne and Le Touquet.

They were returned to French ports and handed over to border police.

The official total so far this year to have been detained by Border Force after making the treacherous crossing in small boats has now reached 13,103 in nearly 400 boats.

Today’s figures have yet to be confirmed.

A Government spokesperson said: ‘The rise in dangerous Channel crossings is unacceptable.

‘Not only are they an overt abuse of our immigration laws, but they risk lives and hinder our ability to help refugees who come to the UK through safe and legal routes.

‘The Nationality and Borders Act will enable us to crack down on abuse of the system and the evil people smugglers, who will now be subject to a maximum sentence of life imprisonment.

‘Under our new Migration and Economic Development Partnership with Rwanda, we are continuing preparations to relocate those who are making dangerous, unnecessary and illegal journeys into the UK in order for their claims to be considered and rebuild their lives.’ 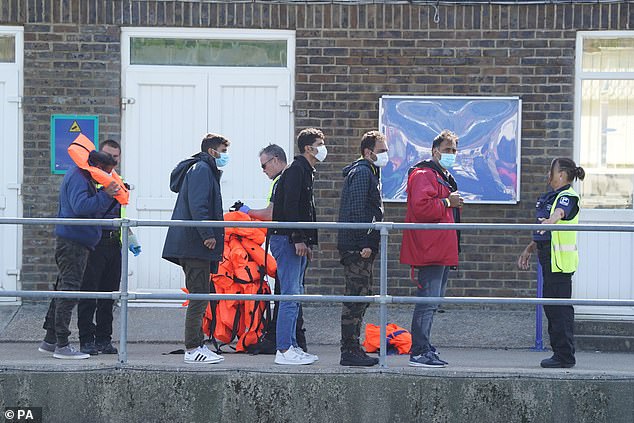 Asylum seekers lined the gangway and took off their orange life jackets after making the tumultuous journey on Friday morning. The waters were choppy on Thursday but seem to have calmed down today 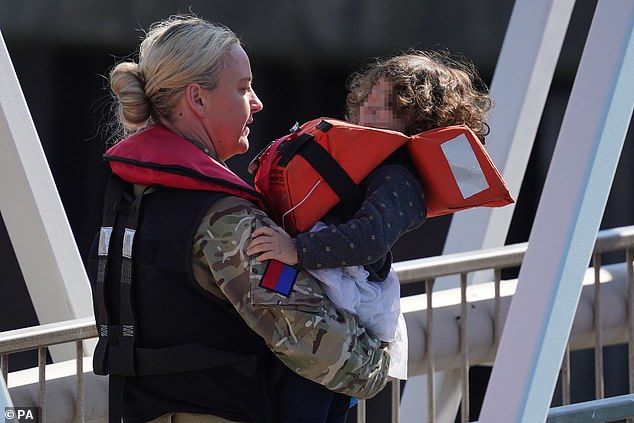 One young child is seen being carried by an official after landing in Dover, Kent