The Armed Forces were issued with guidance telling service personnel not to say ‘crippled with debt’ or ‘blind drunk’ to avoid giving offence.

Despite criticism that it was ‘woke nonsense’, the Ministry of Defence insisted its Inclusive Language Guide 2021 was a ‘practical toolkit’ to help personnel understand why ‘certain words or use of language is hurtful or non-inclusive’.

But after concerns were raised by The Mail on Sunday, it emerged that Defence Secretary Ben Wallace was withdrawing the 30-page document.

MoD sources confirmed last night that the guidance – which advised that ‘not all women are biologically female’ – was being revised.

A senior insider said Mr Wallace was ‘unhappy’ with it and it was being taken down from the MoD website. But the source insisted a new version would be published because ‘criticism over the conduct and attitudes across the Armed Forces’ showed it was needed.

However, Tory MP Peter Bone, who had urged Mr Wallace to put it ‘in the shredder’, demanded to know why the MoD had produced it in the first place. 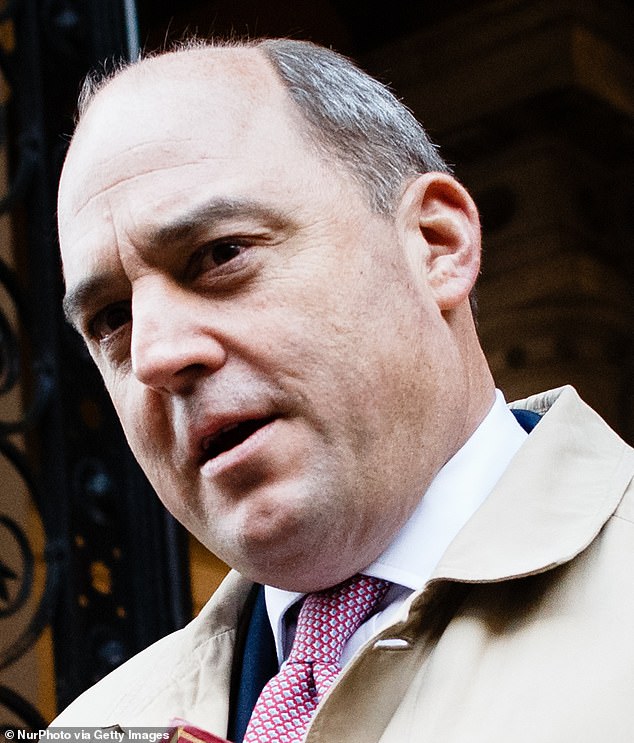 The guide, produced by the MoD’s Diversity and Inclusion Directorate, denies being ‘an attempt to police language’ or ‘restrict your personal style of communication’ but was created to help staff ‘speak more powerfully, precisely and respectfully’.

However, some recommendations caused fury, including advice to soldiers, sailors and RAF personnel to avoid ‘deaf to our pleas’ in case it offended the disabled.

The section ‘Woman or female’ states those words ‘mean different things but are often used interchangeably’, adding: ‘Referring to women as females is perceived by many as reducing a woman to her reproductive parts and abilities.

‘Not all women are biologically female, and the conflation of ‘female’ to ‘woman’ erases gender nonconforming people and members of the trans community.’ SAS veteran James Deegan tweeted that it was ‘woke nonsense’.

The MoD source said the decision to revise the document was taken ‘over the past few weeks’, adding: ‘There is a need for a guide. But the Defence Secretary is unhappy with the current approach and with the lack of consultation and piloting before publication.’ 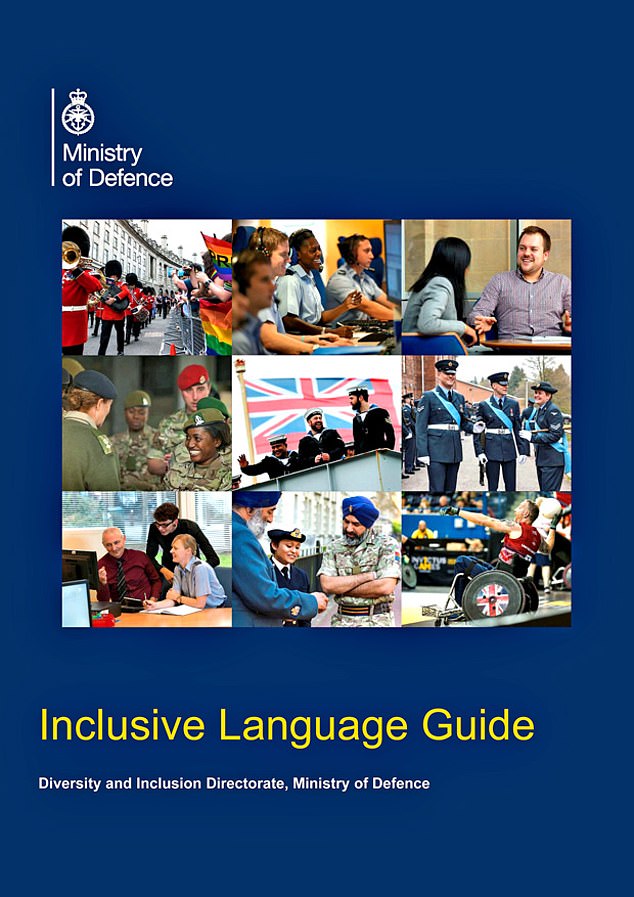 MIND YOUR LANGUAGE: The MoD’s inclusive language guide which is being revised after it faced criticism

Last night, Mr Bone said he was ‘delighted’ at Mr Wallace’s intervention, but slammed the guidance. The MP said: ‘Everyone should be mindful of the language they use, but for the MoD to produce such a guide is utterly ridiculous.

‘Whatever they say, this is political correctness gone mad and woke nonsense, pure and simple.

‘The average person in the street or on the Clapham omnibus will simply not understand why the MoD has to waste time – and no doubt money – producing this rubbish. We don’t need to tell our brilliant, brave servicemen and women what to say.

‘We should be concentrating on teaching them how to defend themselves in conflict and when they are protecting us. The best thing the Defence Secretary could do with this absurd document is put it through the shredder.’ 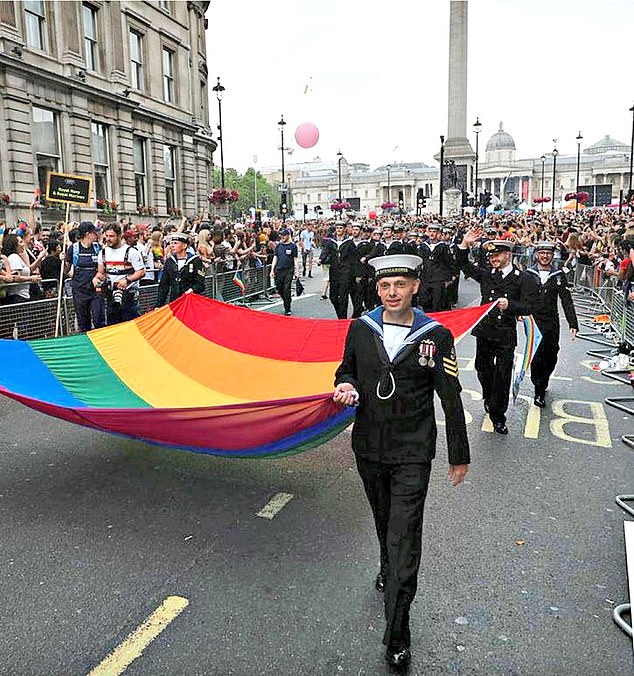 Pictured: Sailors carry a pride flag at a parade in London in a photograph from the withdrawn MoD guide

‘Careless or ill-considered language can categorise or stereotype’: British council urges staff to avoid ‘Brits’ and ‘the Queen’s English’ in a ‘non-discrimination’ guide

BY CHRIS HASTINGS ARTS CORRESPONDENT FOR THE MAIL ON SUNDAY

Its mission is to promote the nation to the world, yet the British Council has urged its staff not to refer to ‘Brits’ or ‘the Queen’s English’.

The taxpayer-funded body, which will receive £189 million from the Foreign Office this year, has issued employees with a ‘non-discriminatory’ guide that states: ‘Careless, uninformed or ill-considered use of language can categorise, marginalise, exclude or stereotype.’

In the document, the use of terms such as ‘British English’ or ‘Queen’s English’ is deemed ‘problematic as it implies that these varieties of English are more correct or of greater importance than others’.

It also advocates avoiding the term ‘native English speaker’ because ‘it is often understood to relate to countries like the UK, the USA and Australia, and to discriminate against others who are often called non-native speakers’.

The document – obtained by The Mail on Sunday under Freedom of Information legislation – advises against the use of the word ‘Brits’ to describe people from the UK, ‘as the term generally does not include people from Northern Ireland’.

Even ‘politically correct’ is frowned on, because it ‘downplays and trivialises the hurt and offence caused’ in certain circumstances. 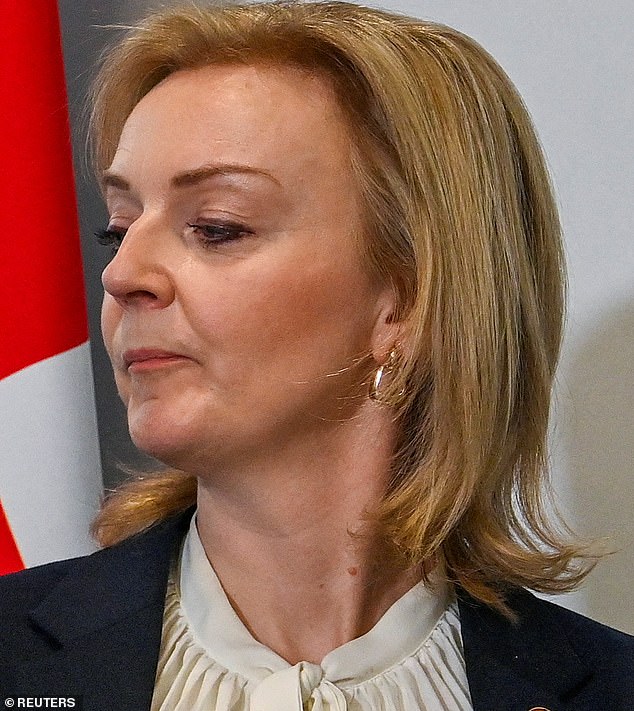 Meanwhile, remarking that ‘the colour scheme is insane’ or ‘they had a fit’ should be off limits due to the mental health connotations.

The guide also advises readers to use the terms ‘lower-income country, middle-income country or fragile and conflict-affected state’ instead of ‘developing country’, and says it is preferable to avoid saying ‘guys’ when referring to a group of people because it is ‘usually associated with men and can be perceived as excluding women’. Suggested alternatives include ‘folks’, ‘team’, ‘friends’ or even just ‘everyone’.

The council has offices in more than 100 countries. According to its website, it forges ‘connections, understanding and trust between people in the UK and other countries through arts and culture, education and the English language’.

Screenwriter and novelist Julian Fellowes criticised the guidance, saying: ‘The British Council should be encouraging people not to take offence when no offence is intended – in other words, the exact opposite of what they are doing here.’

A British Council spokeswoman said the guide was ‘advisory’ rather than ‘prescriptive’, adding: ‘We are proud of our work promoting the UK to the rest of the world. Last year we reached more than 791 million people globally, so it is important the language we use reflects the diversity of our audience.’

She added: ‘As a global organisation, we are committed to being as inclusive as possible. This guide helps our colleagues across the world to achieve that aim.’ 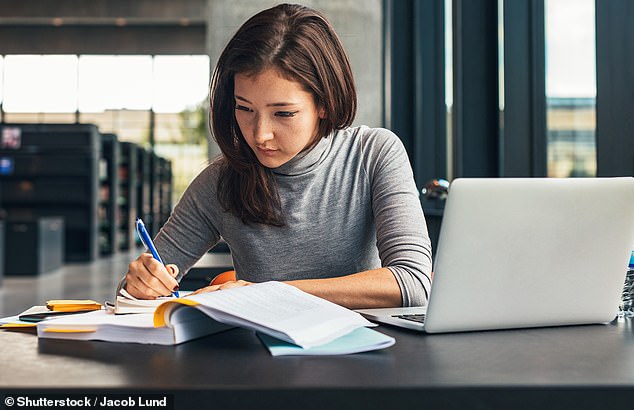 The council has offices in more than 100 countries. According to its website, it forges ‘connections, understanding and trust between people in the UK and other countries through arts and culture, education and the English language (stock image)