Moment a topless thief is caught stealing a Monkey Puzzle tree from garden of an NHS nurse, only to return it days later apologising and saying he was ‘f***ing steaming’ and ‘his mates had egged him on’

This is the moment a topless thief was caught on camera stealing a plant from a garden then returning it days later – apologising and saying he was ‘f***ing steaming’.

The shirtless man was recorded on doorbell cam walking off with the monkey puzzle tree from Gemma Brady’s front yard.

NHS nurse Gemma, 44, woke up on Friday after a night shift and was ‘shocked’ to discover that a stranger had been recorded carrying her plant away from her home.

After sharing the footage online, the nameless individual returned to the scene the next morning (July 9).

He was filmed explaining he was ‘f***ing steaming’ when he took it from Gemma’s home in Heol Brown Tycroes, Ammanford, Wales. 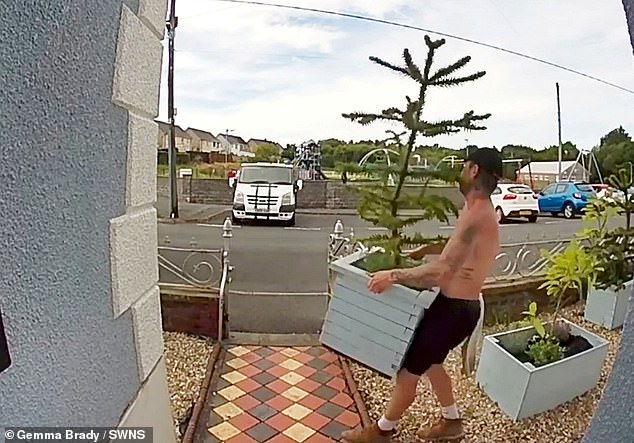 Gemma Brady, a 44-year-old nurse, was ‘shocked’ to see a nameless thief (pictured) walking off with her Monkey Puzzle tree on her doorbell camera last Thursday afternoon in Heol Brown Tycroes, Ammanford, Wales 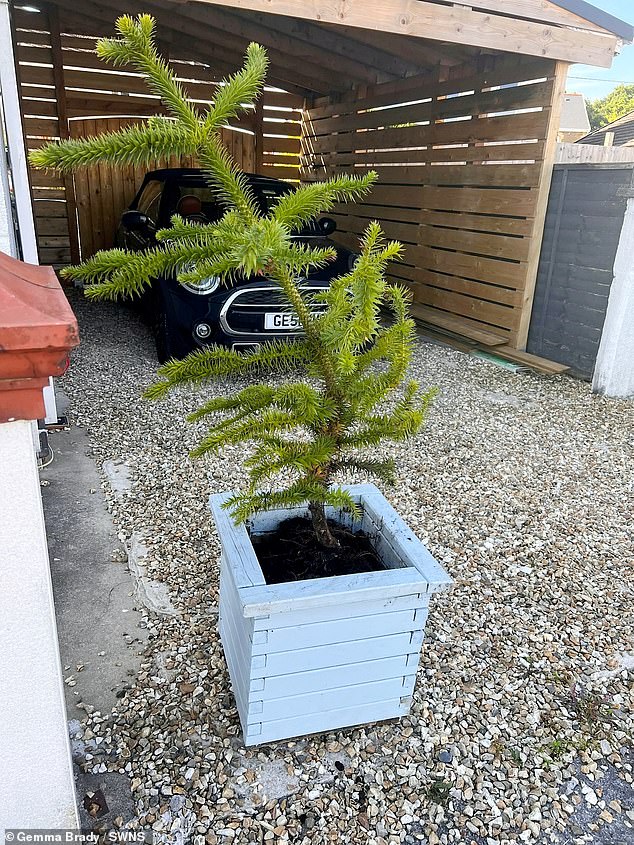 The man brought her tree back, ‘dumping’ it in her driveway, avoiding coming into sight of the doorbell camera, with Gemma joking that he must have been feeling ‘camera shy’ on his return trip 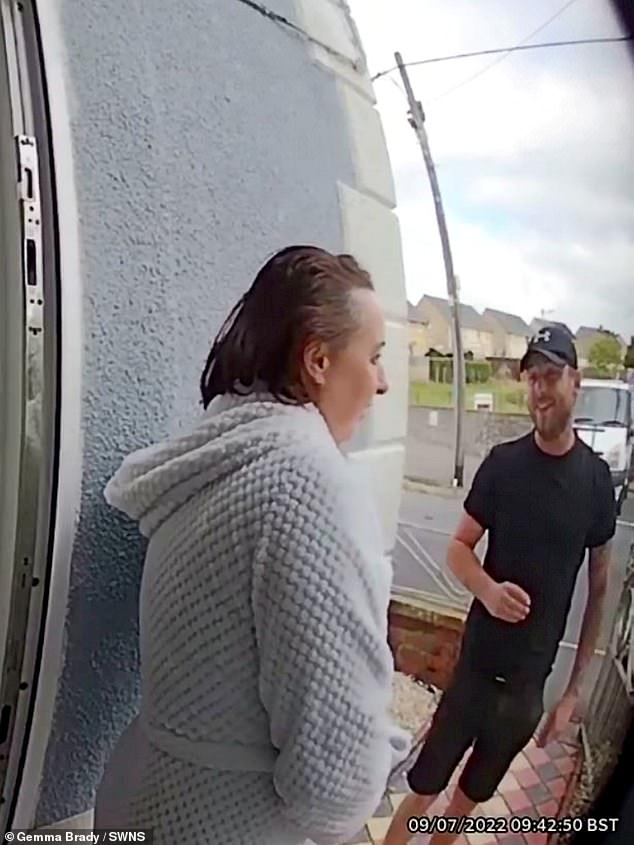 The tree thief re-appeared on Saturday morning to confess and apologise for having taken the Monkey Puzzle tree, saying he had been drunk and that his friends had egged him on

The man said he’d woken up with it in his house and would return it – which he did today.

Gemma, a junior sister at Glangwili Hospital, said: ‘The whole thing has been ridiculous to be honest.

‘His excuse was that he was steaming and his mates egged him on.

‘It was 4:20 in the afternoon he was wearing work clothes and my street isn’t on the way home from any pubs!’

Gemma said she uses gardening as a form of relaxation, and had been growing the monkey puzzle tree in her front garden since it was a tiny seedling.

When she saw her doorbell footage before leaving for another nightshift, the nurse immediately shared the clip on social media.

It received more than 18,000 views in a matter of hours with most viewers bewildered by the strange behaviour.

Gemma said: ‘He has been back since and said he was ‘steaming’ and his mate ‘egged him on’ but there is no way that was the case as he just carried it out with ease.

‘He told me his wife had given him a telling off because he was all over Facebook.’

On Saturday the man returned to apologise and said he had woken up with the tree in his living room. 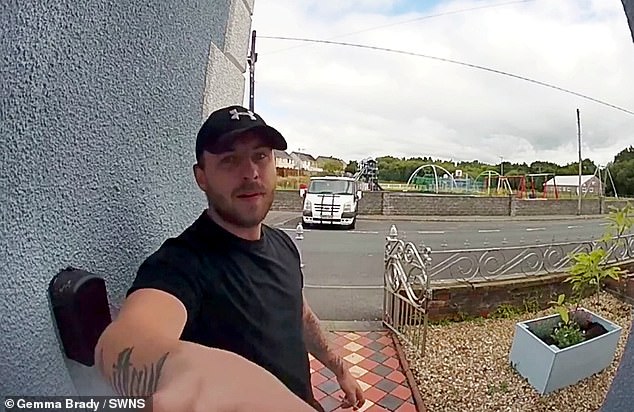 He said it was safe and promised to return it after finishing a few jobs he had in the area.

Gemma has been left in the dark until this morning, after she says her beloved tree had been ‘dumped’ in her driveway at 9:45am this morning.

She said: ‘I think he was feeling a bit camera shy this morning which is why he avoided the doorbell.

‘The main thing is tree is back in one piece although a a bit bent – not surprising the way it’s been dragged around.’

She added: ‘I’m relieved it’s back but disappointed that both the trees now have to be put somewhere else because he’s demonstrated that nothing is safe!’.