When Sue Course looked out on what is now Darebin Parklands in 1973, she saw a wasteland – a tip that was earmarked for a freeway. She was appalled that some of the remaining trees along Darebin Creek were being bulldozed.

It inspired her, her husband Laurie and other locals to form a residents’ group. Their decades of lobbying politicians to give the land to the public – and their hard labour removing weeds and rubbish and planting trees – was the basis of today’s 33-hectare urban oasis in Alphington, in Melbourne’s north-east. 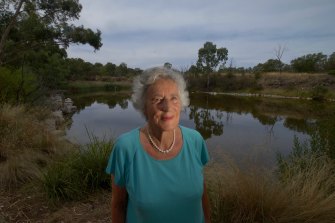 Mrs Course, 87, is among the many often unsung recipients in the 2021 Australia Day honours list who have served the community for decades.

Mrs Course, who has been dubbed “the mother of the park”, has been awarded an OAM, a Medal of the Order of Australia in the general division.

She says it feels “wonderful” to walk in Darebin Parklands now, among the mature trees, native birds and animals. “It’s the best thing I’ve achieved in my life,” she said.

“People can’t believe how beautiful it is,” she said. “During the coronavirus it was packed. The rangers had never seen so many people using it, walking and cycling.” 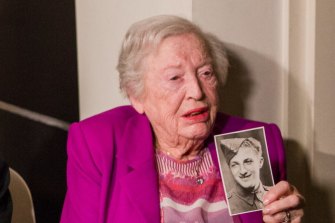 Another decades-long volunteer to be recognised with an OAM is Irma Hanner, who has been a guide at Melbourne’s Jewish Holocaust Centre since 1995. Mrs Hanner, 90, was imprisoned in Theresienstadt concentration camp in Czechoslovakia in 1942, and her mother was murdered at Ravensbruck concentration camp.

Mrs Hanner is determined to tell her story online while the Jewish Holocaust Centre is being rebuilt, to underline the message that “hatred is a poison”. She is appalled at people today singling out others because of their race, creed or colour, like Hitler did.

Winitha Bonney, the founder of Bounczn Dance Company, a not for profit youth dance school in Tarneit, in Melbourne’s outer west, has been awarded the OAM for her service to women, to dance, and to the community.

Ms Bonney, a business coach, motivational speaker, and adviser in helping people of colour advance into leadership, said the award was an acknowledgement of her work by the community, and about “myself as a woman of colour being heard and seen”. 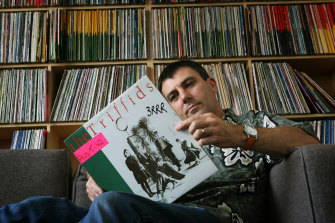 After a hell of a summer, Neil Rogers is celebrating his OAM. Credit:John Woudstra

Among other recipients, Neil Rogers receives an OAM for services to community radio, as a presenter of the 3RRR program The Australian Mood, since 1987. Mr Rogers has also served for many years on the 3RRR board and programming committee.

He said the award was “wonderful” personally but also recognition for community radio and 3RRR.

During the pandemic, he said, “the station has meant a lot to the listeners”.

Fran Hynes, a longtime voluntary water skiing event organiser and international judge, said she was “a bit overcome” at being appointed a member of the Order of Australia, with the citation “for significant service to water skiing through a range of roles”.

Ms Hynes, who has been on the organising committee of the Moomba Masters water skiing since 1972, and has been the Victorian Water Ski Association honorary secretary for the same period, said she had loved helping present the Moomba event to Melbourne.

She had “made a lot of friendships through water skiing” and had strived to encourage junior competitors.