Two mothers have spoken of their harrowing ordeals after being wrongly accused by a doctor of causing their children’s illnesses.

Taliah Drayak and Natalie Whyte were both suspected of causing or fabricating conditions in the youngsters – but both infants were later diagnosed with medical conditions.

Mrs Drayak, from Orkney, said she was left feeling like she was having a ‘heart attack’ when her daughter, Beatrix, was taken away from her, after concerns were raised by a doctor about the child’s health.

The two-year-old had a complex medical history and had been placed on anti-epilepsy medicine but she was struggling to feed and kept vomiting. 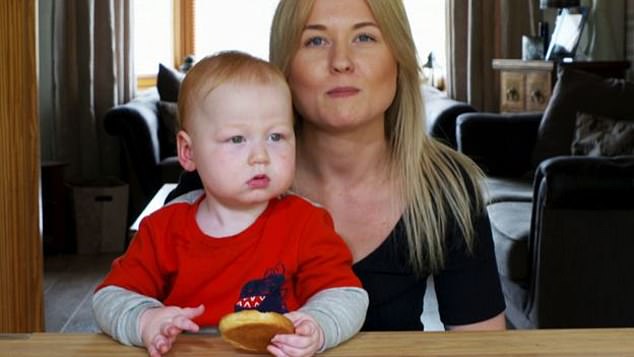 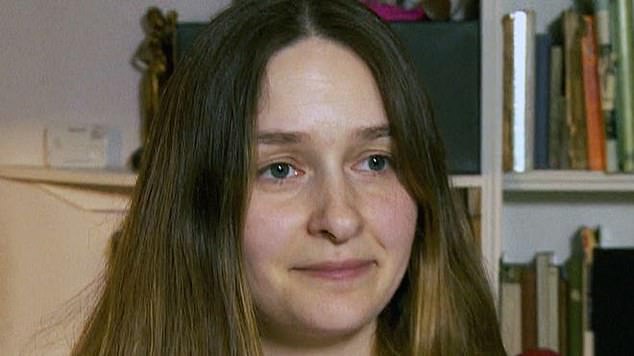 Taliah Drayak had her two-year-old daughter, Beatrix, taken away from her, after concerns were raised by a doctor about the child’s health when she struggled to feed and kept vomiting

During the investigation, mother-of-seven Mrs Drayak, 36, was allowed to continue caring for her other children, but Beatrix was removed from the family home.

The toddler spent three months in foster care before an arrangement was made for Beatrix to be cared for by her father at a separate address, with Mrs Drayak getting limited supervised access.

The family were not fully reunited until almost a year later when the case was dropped – after expert medical reports disagreed with the doctor’s diagnosis.

FAKING IT: WHAT IS MUNCHAUSEN?

Munchausen by Proxy is a condition where an adult will invent medical conditions for his or her child so that they can get attention or sympathy.

A dangerous facet of this is how they will often induce symptoms in the child to better illustrate the lie.

Munchausen by Proxy is typically considered a severe form of child abuse.

Munchausen Syndrome is when a person will invent their own ailment or illness for sympathy or attention.

Both are mental disorders.

Mrs Drayak had been wrongly suspected of Fabricated or Induced Illness (FII) in relation to Beatrix. FII, also known as Munchausen’s syndrome by proxy, is a rare form of child abuse which occurs when a parent or carer, usually the mother, exaggerates or deliberately causes symptoms of illness in the child.

Mrs Drayak told BBC Scotland: ‘When she was taken away it was just shock, a physical shock.

‘You feel like you can’t breathe, like you’re having a heart attack, and when that finally wears off you get to the point when you can start crying.

‘It’s terrifying because you were living your life and everything was going well, then suddenly everything is blown to pieces. It’s almost like being told you’re crazy.

‘Everything that you lived, you are told that is wrong, you made it up and you fabricated and induced this and you lose your confidence and feel anxious all the time.’

However, the same doctor suspected another mother of fabricating her child’s illness two months later. 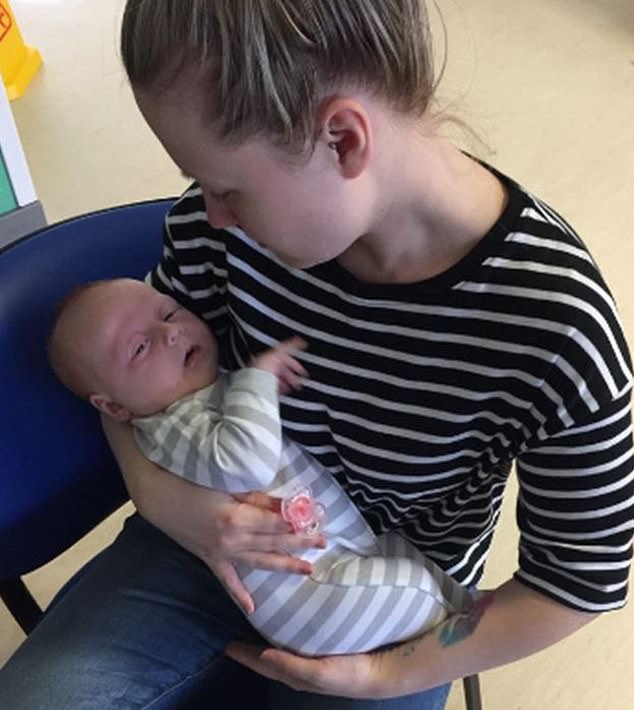 Callan, pictured only six weeks old, was taken to the Royal Aberdeen Children’s Hospital with red blotches on his face. His parents were suspected of causing the condition and were placed under investigation

Natalie Whyte was separated from her baby, Callan, last year and quizzed by health officials after a doctor suspected she and her partner, Marc Sutherland, were abusing the youngster.

Callan, then only six weeks old, had been taken to the Royal Aberdeen Children’s Hospital with red blotches on his face – which later turned out to be an allergic reaction to milk.

However, the family from Insch, Aberdeenshire, were initially suspected of causing Callan’s condition and were then told they were under investigation.

Eventually, following months of inquiries, the conditions on the family were removed and Callan was found to have an allergy to dairy products. 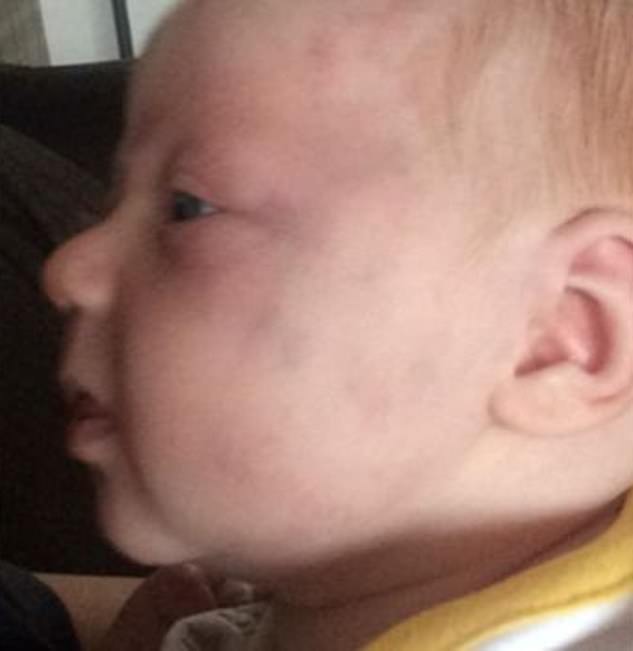 Miss Whyte, 29, told the BBC: ‘We don’t think the procedures that they have to follow are right. It is not a one size fits all.

‘It is disgusting the power they can use to destroy a family because they did destroy ours and a review needs to be done.’

A spokesman for NHS Grampian said: ‘Both families have raised issues with our feedback service.

‘We investigated these matters and responded directly to the families involved.

‘We are not aware of any formal GMC [General Medical Council] proceedings.

The Royal College of Paediatricians is reportedly reviewing its guidelines on FII. A spokesman told the BBC it was a ‘hugely complex and sensitive subject’.