Tens of thousands of people have marched for a second day in Myanmar’s biggest city to denounce the military coup.

Protesters in Yangon carried red balloons – the colour representing the party of elected leader Aung San Suu Kyi, who was detained by the military last week.

Sunday was the second day of protests and they took place despite the junta having shut down the internet and restricted phone coverage. 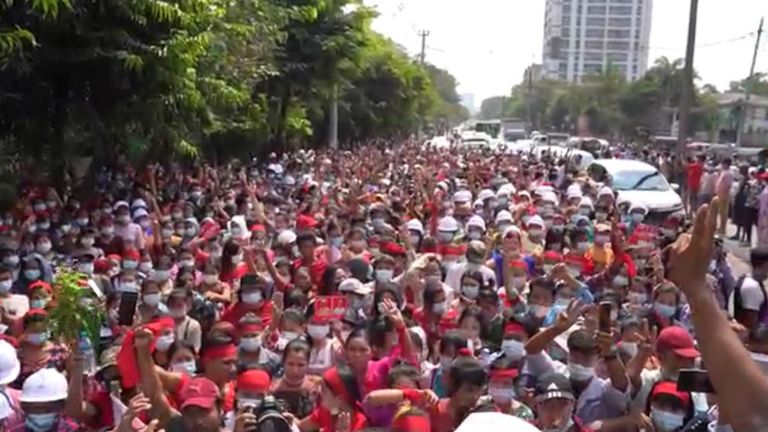 A 22-year-old who came with 10 friends and asked not to be named, said: “We cannot accept the coup.

“This is for our future. We have to come out.”

A woman in her early 30s said she and her family, also at the protest, refused to be afraid, adding: “We have to join the people, we want democracy.”

There had also been protests on Saturday, with demonstrators across the country demanding the release of Ms Suu Kyi.

As they were met by more than 100 police in riot gear, they held banners reading: “Against military dictatorship.” 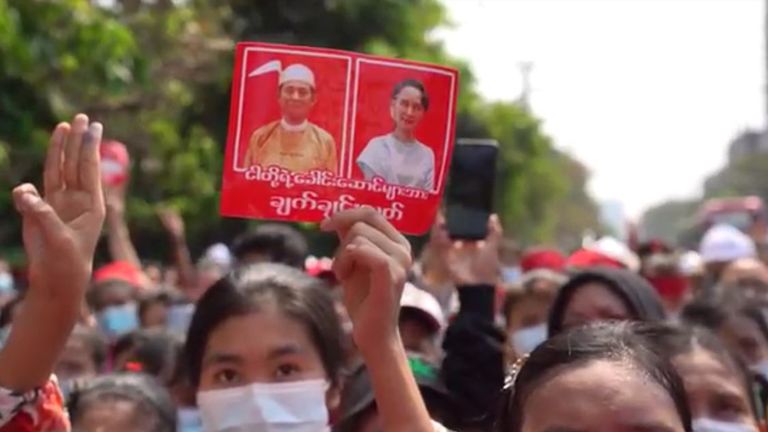 Protesters gave a three-finger salute, a symbol of defiance adopted from protesters in neighbouring Thailand, who borrowed the gesture from the Hunger Games movie franchise.

Food and water were offered to the growing numbers of protesters as they marched to gain back their hard-fought and fragile democratic rights.

Late in the evening, a rumour of Ms Suu Kyi’s release triggered noisy street celebrations, with cheering and firecrackers being let off.

Residents said the message had been shared by the military-run media Myawaddy.

But the detained leader’s lawyer, Khin Maung Zaw, denied the 75-year-old had been freed and said she was still in detention. Her National League for Democracy (NLD) won the 8 November elections in a landslide but the military generals have refused to recognise the result, claiming it was fraudulent.

Earlier on Saturday, thousands marched to Yangon’s City Hall, with drivers honking horns and raising the three-finger salute as protesters did the same.

The protesters had mostly gone home by nightfall as a curfew set in but people banged on pots, pans and drums for the fifth night in a row in a show of resistance. Despite the internet being blocked, the number of protesters continued to grow while the state-run broadcaster MRTV showed scenes praising the military.

It said connectivity had fallen to 16% of usual levels. 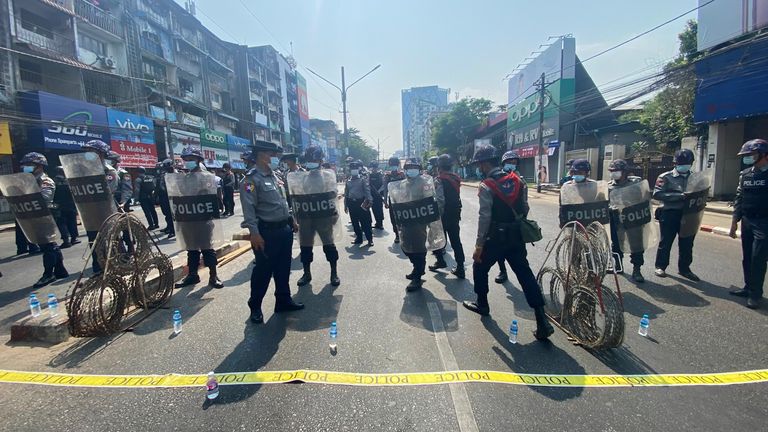 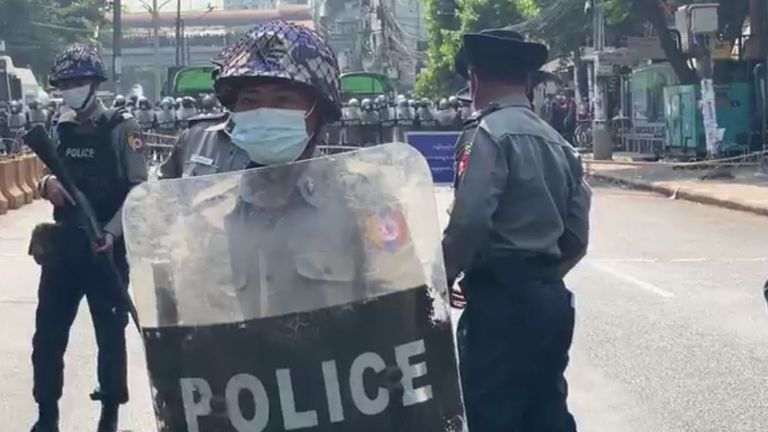 Facebook, which is used by half the population, called for the junta to unblock social media.

“At this critical time, the people of Myanmar need access to important information and to be able to communicate with their loved ones,” Facebook’s head of public policy for Asia-Pacific emerging countries, Rafael Frankel, said.

The UN’s human rights office said: “Internet and communication services must be fully restored to ensure freedom of expression and access to information.”