A NAKED man spotted wrapped in intestines and 'carrying his dad’s severed head' while walking the streets has been arrested in Ukraine.

Horrified witnesses allege the gruesome scene unfolded as Dmitry Ponomarenko, 30, emerged from his flat “covered in blood and wrapped in guts” while “holding a severed head”. 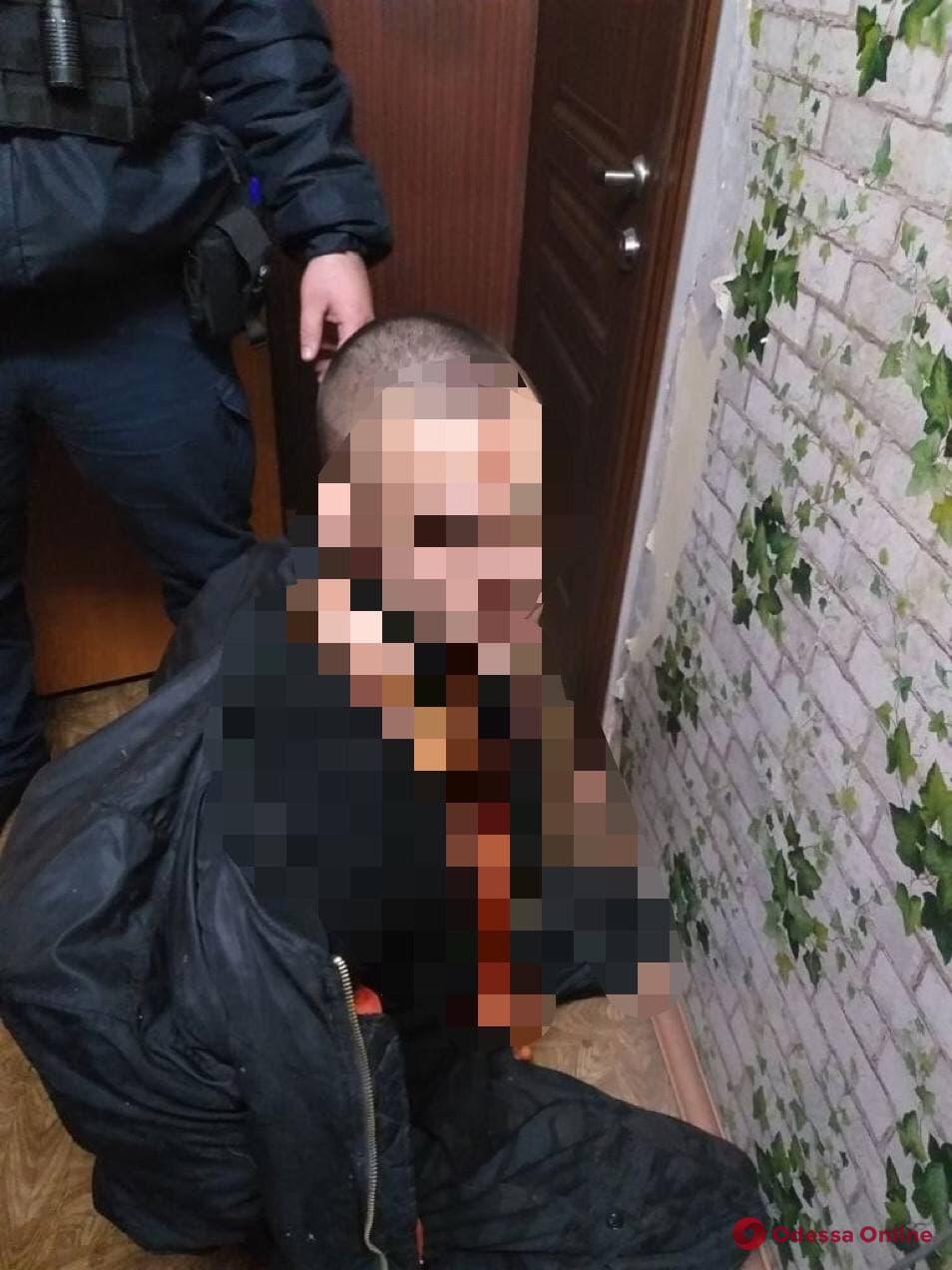 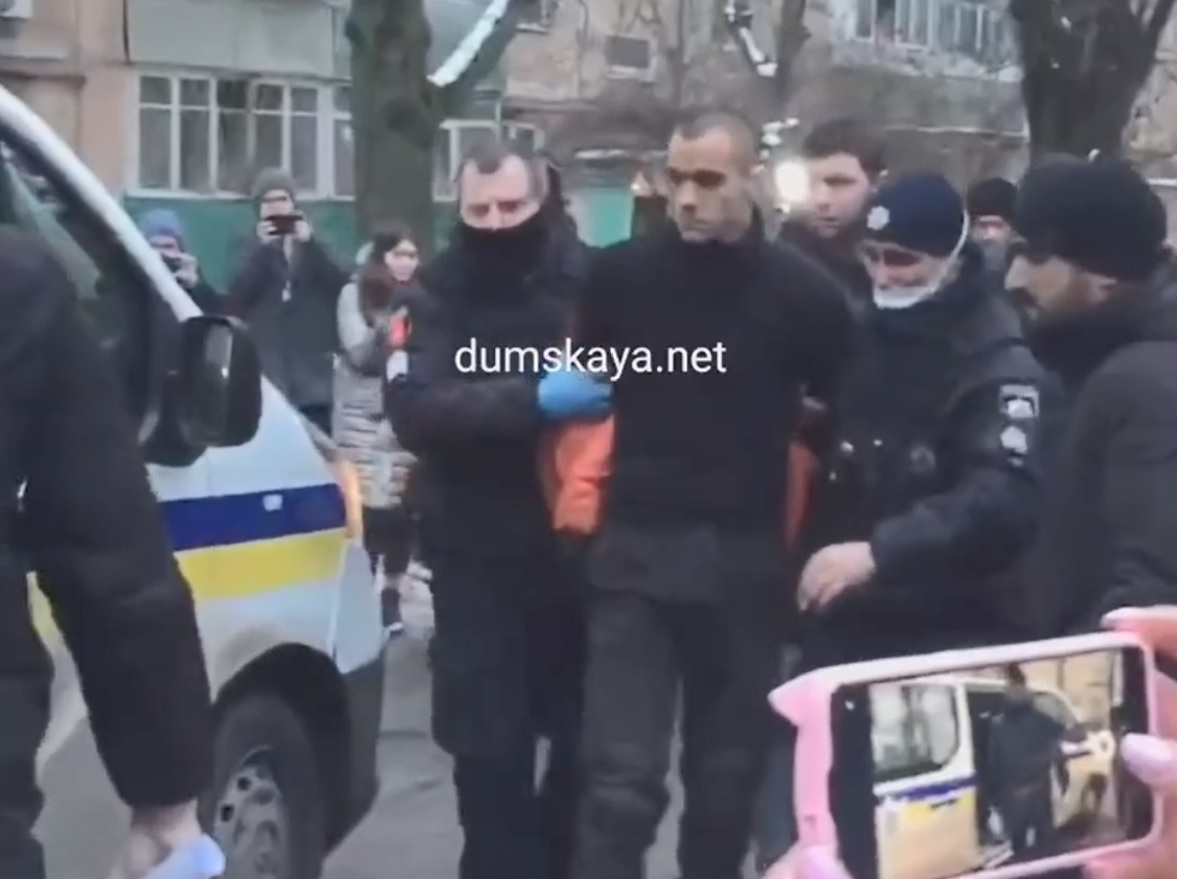 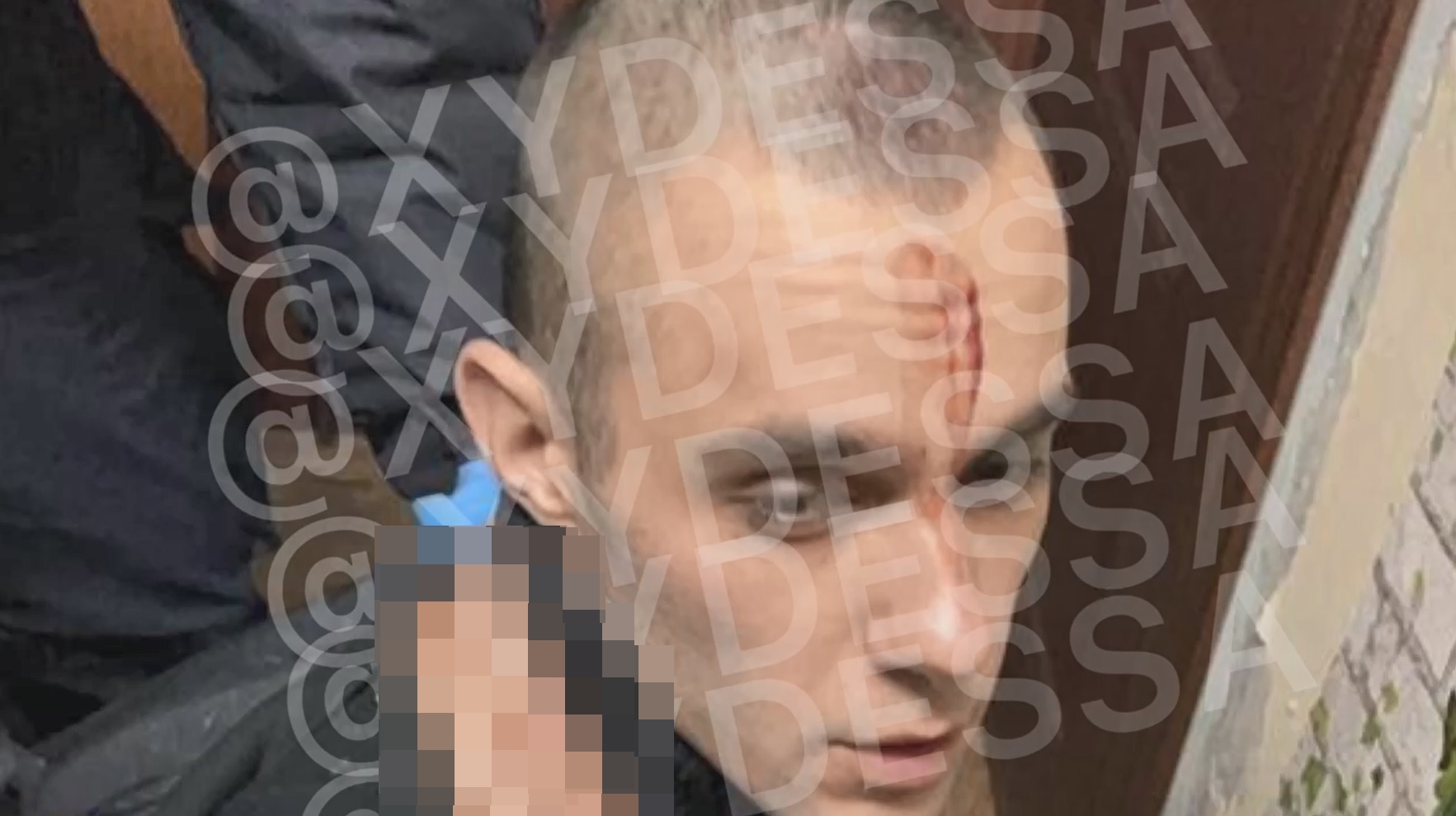 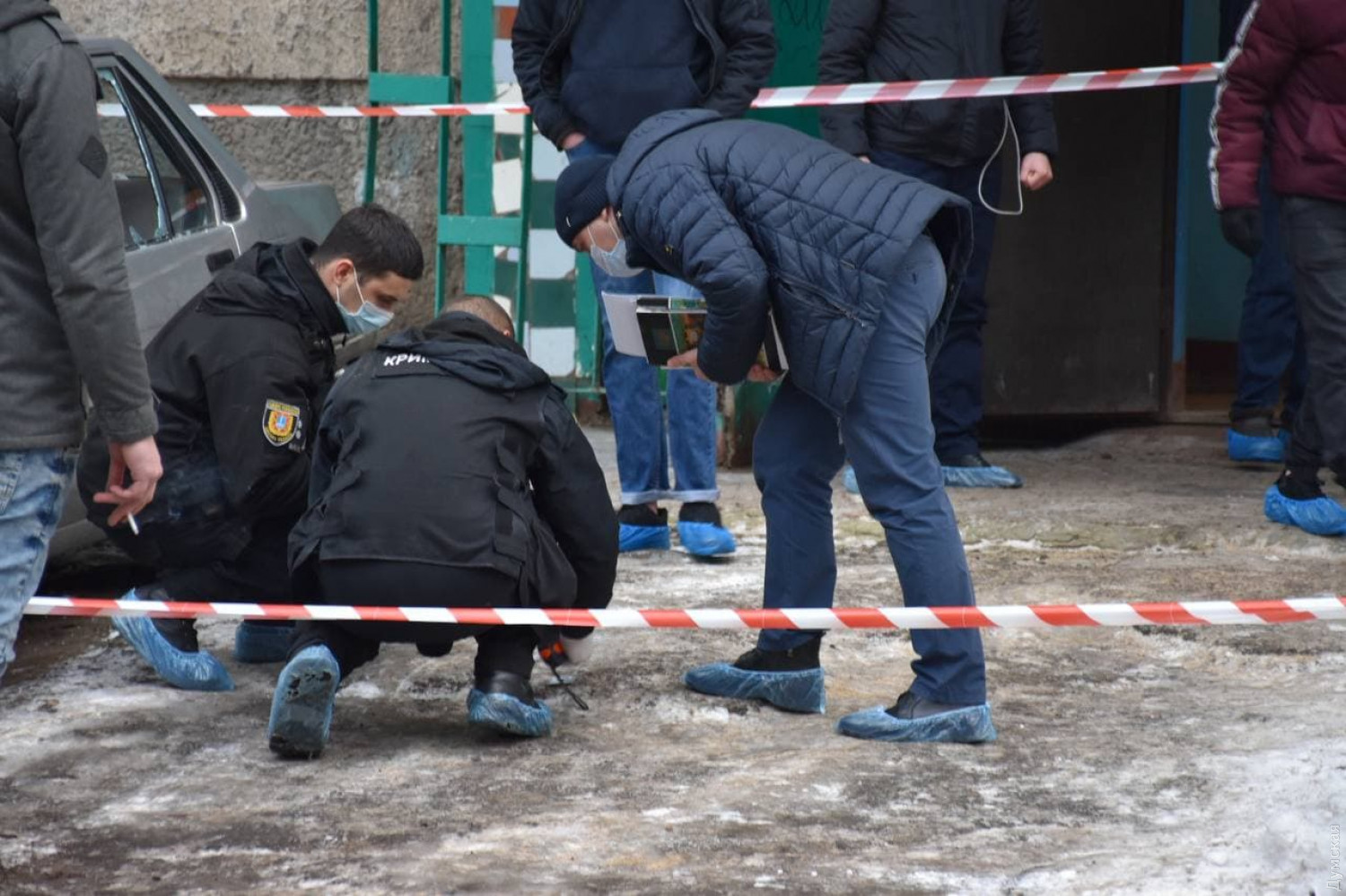 The naked psychopath calmly sat down on a bench and lit a cigarette, alleged one neighbour, before beginning a rampage around the streets, hitting parked cars with his dad’s severed head.

Cops are investigating the macabre crime after Ponomarenko was found carrying the head of his dad, Igor Ponomarenko, in Odessa, southern Ukraine yesterday.

The maniac was spotted by shocked neighbours leaving his city flat “wrapped in guts”.

“A naked and bloodied man, wrapped in guts and holding the head of a man came out of the front, sat on a bench and lit a cigarette,” a resident of the apartment block told local media.

Alarmed witnesses called cops, who raced to the scene and detained Ponomarenko, who had begun wandering around and hitting parked cars with the head, according to onlookers.

According to the Dumskaya police, the alleged killer met officers while holding his dad's head in his hands and declared that "he is a god who is not worshipped", reported local media.

As cops stormed the apartment block, they found two dead male bodies in the man’s flat.

The beheaded corpse of 53-year-old Igor Ponomarenko was lying on the bed.

Another body, belonging to the family’s friend Aleksandr Demchenko, 32, was found in the kitchen sliced open and gutted.

When asked why he killed the victims, it is alleged by witnesses Ponomarenko said “because he had to”. 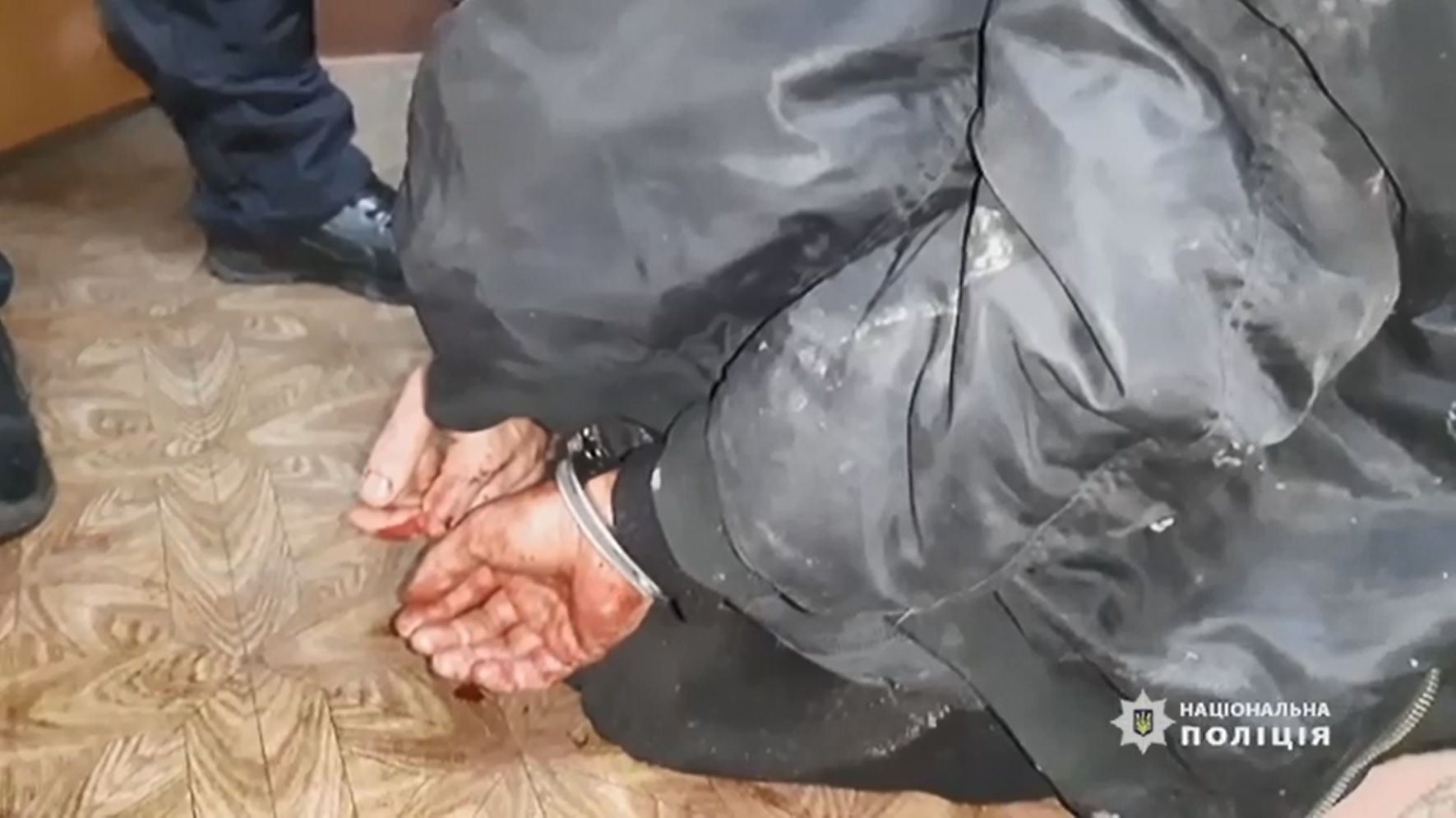 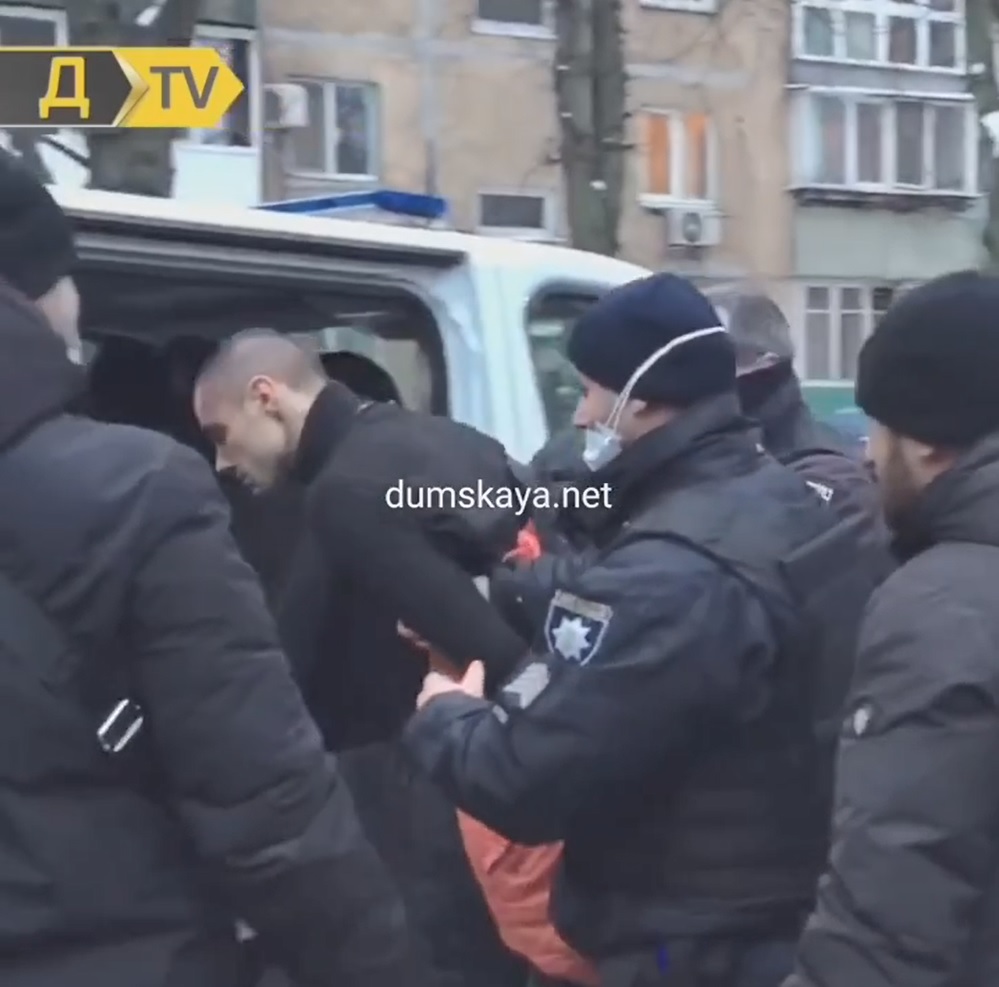 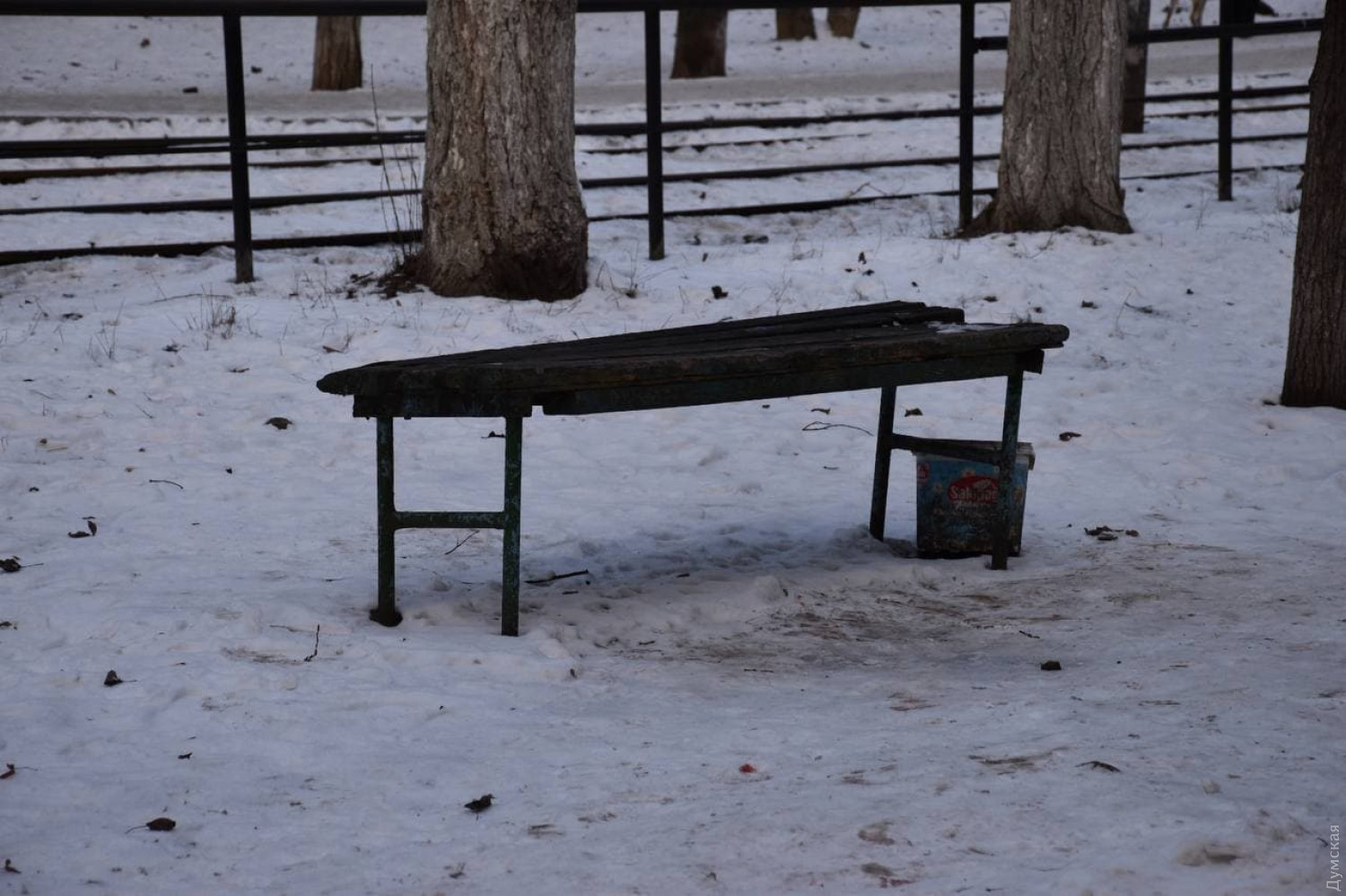 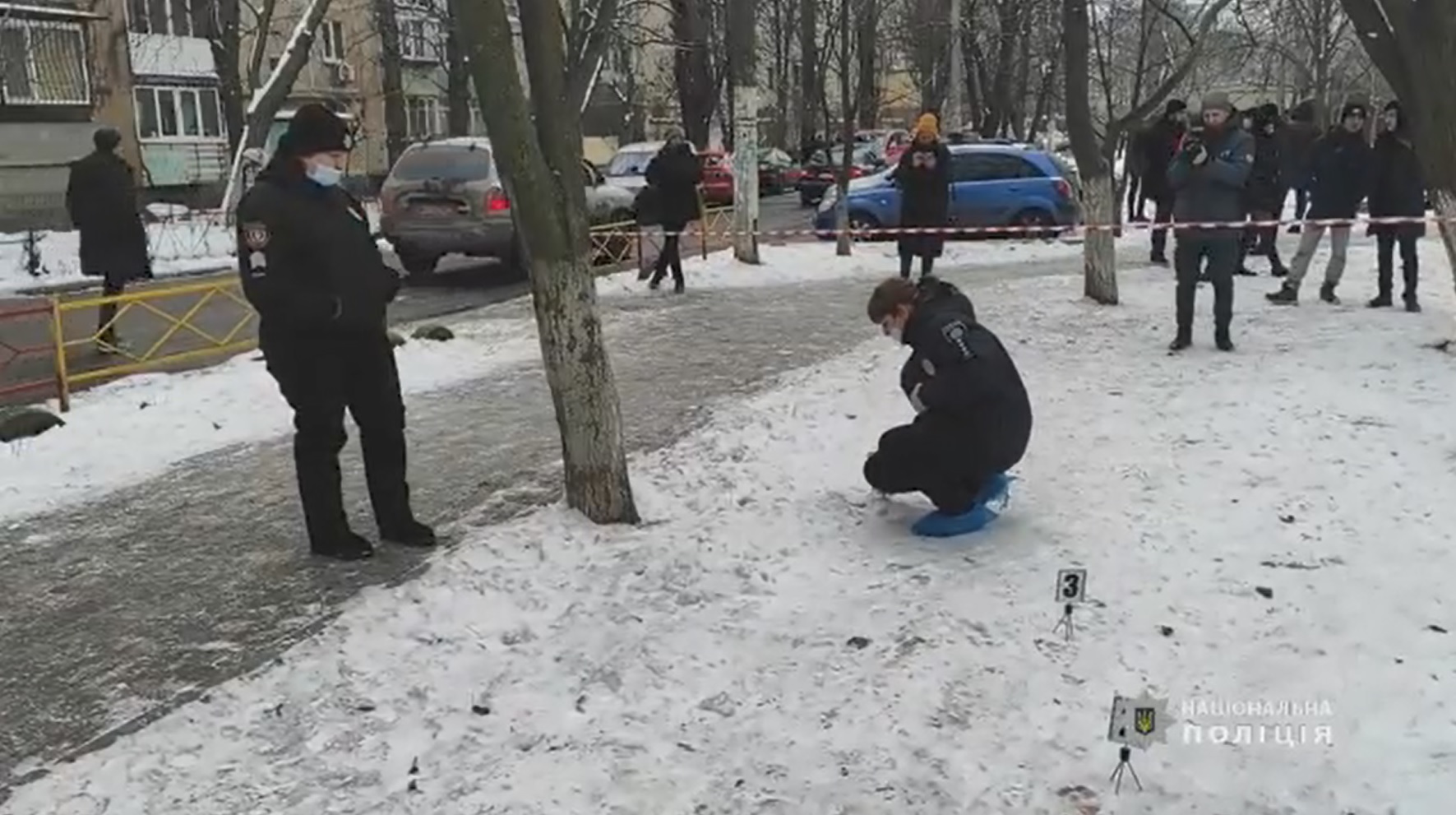 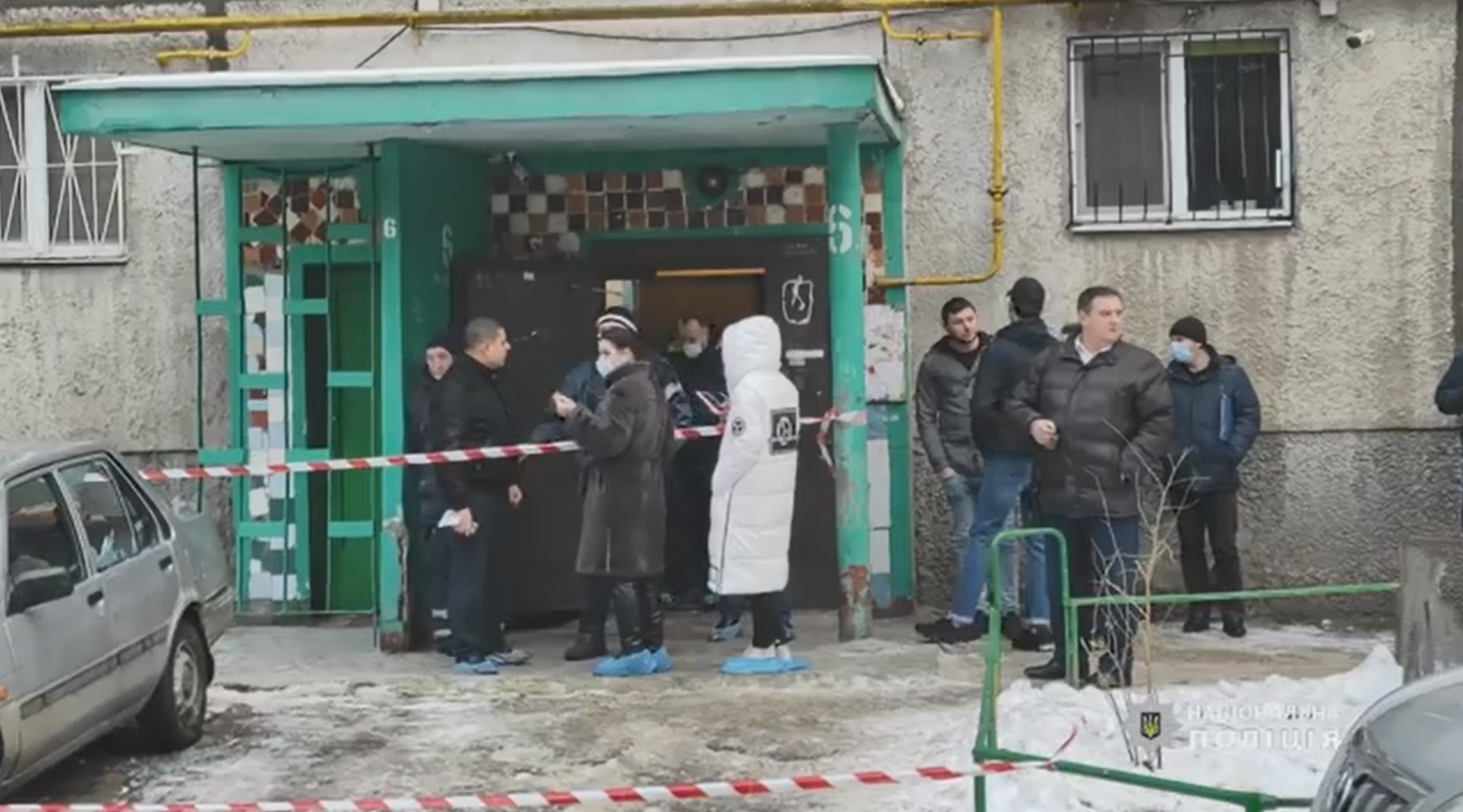 A police spokesman said: “We received calls from shocked people reporting a man walking in the neighbourhood with a severed head in his hand.”

Law enforcement opened a criminal case for double murder against Ponomarenko, who was placed into custody.

He faces up to 15 years in prison if found guilty.

The suspect worked in the Duke Hotel from where he had been fired a day before the incident for being under the influence of drugs and inappropriate behaviour, a source said.

The motives of the crime are being investigated.