There’s ANOTHER rail strike tonight! New walkout by CrossCountry staff will hit services from Penzance to Midlands, Wales, the North and Scotland (though with Mick Lynch’s RMT already out it might be hard to notice)

Workers at a rail operator will stage a 24-hour strike from Boxing Day evening, continuing the wave of industrial unrest sweeping across the country.

Members of the Transport Salaried Staffs’ Association (TSSA) at CrossCountry will walk out from 9pm as part of a long-running campaign for a guarantee of no compulsory redundancies, no unagreed changes to terms and conditions, and a pay increase which addresses the rising cost of living.

The union believes that walkouts by staff will severely impact services at CrossCountry, which covers large swathes of the country, from Penzance to the Midlands, Wales and northern England through to Scottish cities as far north as Aberdeen. 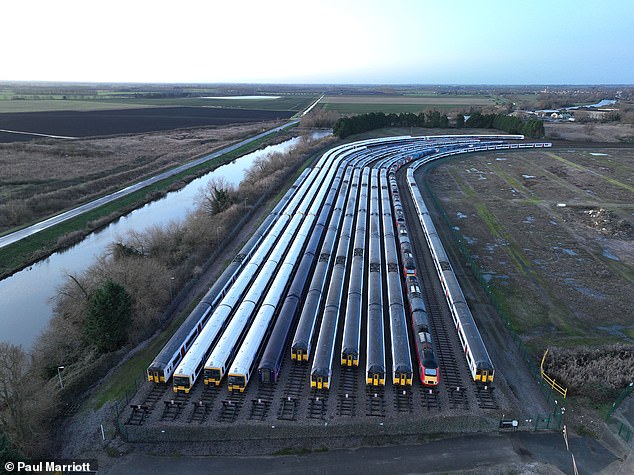 Members of the Transport Salaried Staffs’ Association (TSSA) at CrossCountry will walk out from 9pm as part of a long-running campaign for a guarantee of no compulsory redundancies (Pictured: Trains are stationary in sidings near, Ely, Cambridgeshire)

Managers are based at stations including Edinburgh, Newcastle, Birmingham, Manchester, Bristol, Bournemouth and Plymouth.

TSSA organising director Nadine Rae said: ‘Our members at CrossCountry do not want to strike, especially over the Christmas holiday period, but they are sick and tired of being taken for granted. 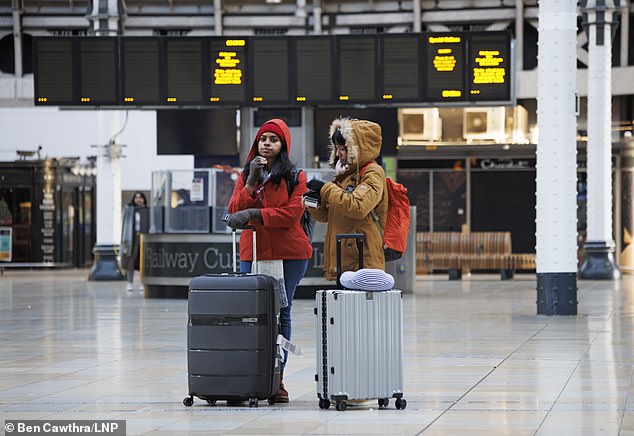 ‘They deserve a pay rise to help manage the escalating cost of living, and they rightly demand job security.

‘The company, like all the train operators under the control of the Department for Transport, need to face up to the fact that only serious offers which meet our aspirations will end this dispute.

‘Rail workers are seeking basic fair treatment: not to be sacked from their jobs; a fair pay rise in the face of a cost-of-living crisis; and no race to the bottom on terms and conditions.

‘Make no mistake we will again see trains coming to a halt unless rail bosses and the Government do the right thing for our members and our precious rail network which so many people rely on.’

Members of the Rail, Maritime and Transport union are continuing with a strike in a separate dispute over jobs, pay and conditions.