EXCLUSIVE: Killer uncle, 64, who abducted and murdered his 15-year-old niece and refuses to reveal the whereabouts of her body is granted a parole hearing 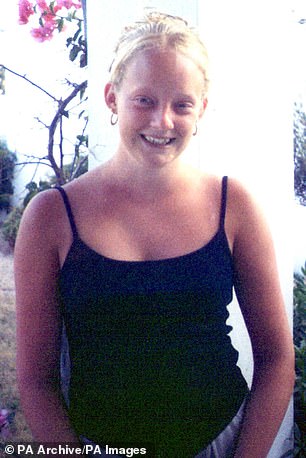 Danielle Jones, 15, disappeared in 2001 and never saw her family again

A notorious killer who abducted and murdered his niece – and refuses to divulge the whereabouts of her body – has been granted a parole hearing in the new year.

Stuart Campbell, now 64, is serving a life sentence for murder of 15-year-old Danielle Jones, who was last seen near her home in East Tilbury, Essex, on June 18 2001 while walking to a bus stop.

Her body was never found, but after police found a pair of white stockings with Danielle’s DNA on it, as well as a lip gloss used by her, he was arrested and later found guilty. Campbell was found to have lured her into his blue transit van to abduct her.

In December 2002 Campbell was sentenced to life imprisonment for murder and ten years for abduction, with the two to run concurrently.

The High Court ruled that Campbell should not be considered for parole until he has served the minimum of 20 years – and now that he has completed that term, Campbell could be released.

MailOnline can confirm that Campbell is expected to have a parole hearing in February 2023 and if successful, could be released weeks later.

A second option is for the Parole Board to recommend a move to an open prison. This is normally a first step in the preparation for eventual release on licence.

Despite recent appeals by Danielle’s family and Campbell’s brother Alix Sharkey to the ex-builder to reveal where he hid the body, Campbell has refused to disclose any information. 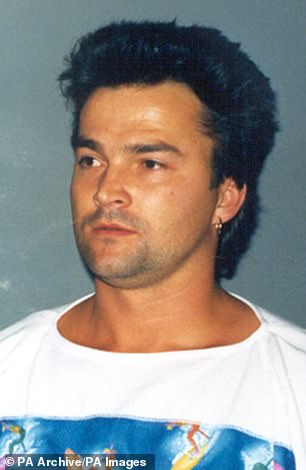 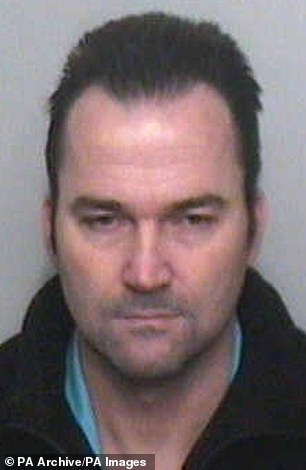 Stuart Campbell, now 64, who was found guilty of abducting and murdering his teenage niece Danielle Jones has never divulged the location of her body and has been granted a parole hearing for February next year 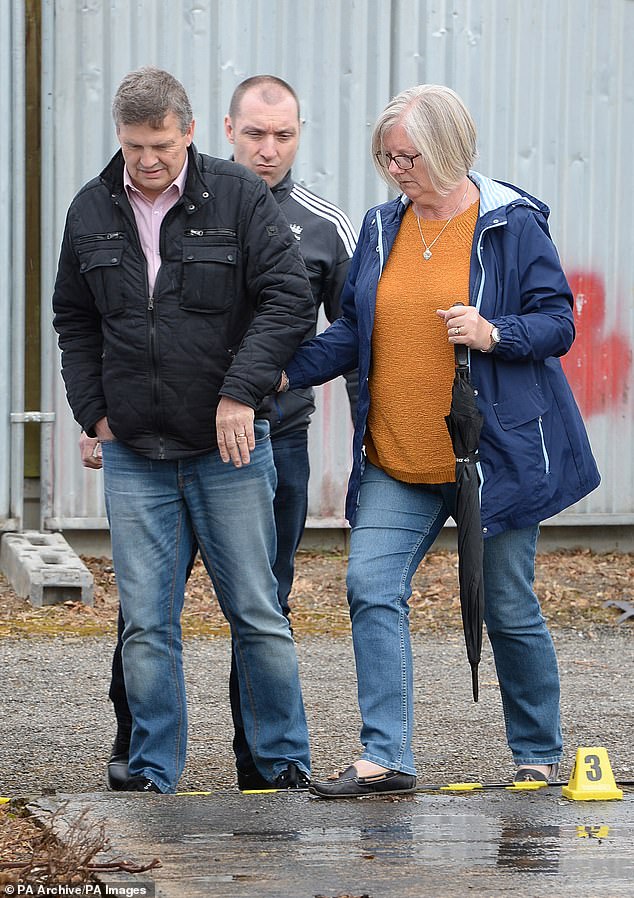 On the 20th anniversary of the schoolgirl’s death, Danielle’s mother Linda Jones said she hoped Campbell would ‘do the right thing and allow us to lay our darling daughter to rest’. Pictured: Danielle’s parents Tony and Linda at the scene of a search for Danielle’s body in Thurrock, May 2017

As a result, the case will be one of the first to be heard under Helen’s Law which legally requires the Parole Board to consider whether a prisoner has admitted guilt or expressed remorse.

This makes it harder for killers like Campbell to be released if they refuse to give up details on where they hid the victim’s body and give full disclosure of their crimes.

Helen’s Law is named after Helen McCourt, a 22-year-old insurance clerk who was murdered in 1988. Her killer, Ian Simms, has never revealed the location of her body.

Campbell is expected to give evidence to the three person panel and will emphasise that he has behaved during his prison sentence.

A spokesperson for the Parole Board said: ‘We can confirm the parole review of Stuart Campbell has been referred to the Parole Board by the Secretary of State for Justice and is following standard processes. A hearing is expected to take place in early 2023.

‘Parole Board decisions are solely focused on what risk a prisoner could represent to the public if released and whether that risk is manageable in the community.

‘A panel will carefully examine a huge range of evidence, including details of the original crime, and any evidence of behaviour change, as well as explore the harm done and impact the crime has had on the victims.

‘Members read and digest hundreds of pages of evidence and reports in the lead up to an oral hearing.

‘Evidence from witnesses such as probation officers, psychiatrists and psychologists, officials supervising the offender in prison as well as victim personal statements may be given at the hearing.

‘It is standard for the prisoner and witnesses to be questioned at length during the hearing which often lasts a full day or more. Parole reviews are undertaken thoroughly and with extreme care. Protecting the public is our number one priority.’ 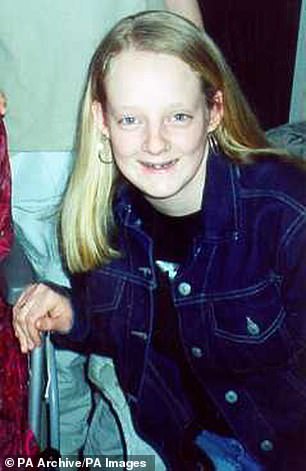 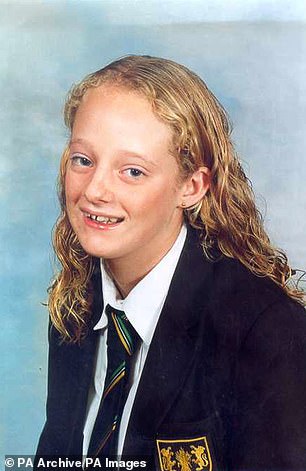 Mrs Jones had described Danielle as a ‘beautiful, fun-loving girl’ with ‘everything to live for’

In his trial for Danielle Jones’ murder, it was revealed that Campbell faked texts from the teenager to himself to make it seem like she was still alive.

On the 20th anniversary of the schoolgirl’s death, Danielle’s family appealed to Campbell to reveal where he hid her body.

Her mother Linda said she hoped Campbell would ‘do the right thing and allow us to lay our darling daughter to rest’.

Danielle left her home in East Tilbury, Essex in June 2001 to catch a bus to St Clere’s School in Stanford-le-Hope, Essex – and her parents never saw her again.

Campbell, a father-of-two and body-builder, denied any involvement in his niece’s disappearance, but the prosecution produced evidence that he had developed an ‘irresistible sexual attraction’ for her.

He regularly picked her up from the school bus stop in his van, sent her ‘an inordinate amount of text messages’ and kept a diary chronicling his contact with her.

Campbell’s brother Alix Shakey, also 64, who is currently living in Barbados, has written a book about his brother’s crimes and spoke of his ‘profound scorn’ for Campbell.

He said in an interview in the Sunday Times Magazine last year he is ‘furious’ with his brother for not telling Danielle’s parents where her body is, and hopes his book will encourage Campbell to do the right thing. 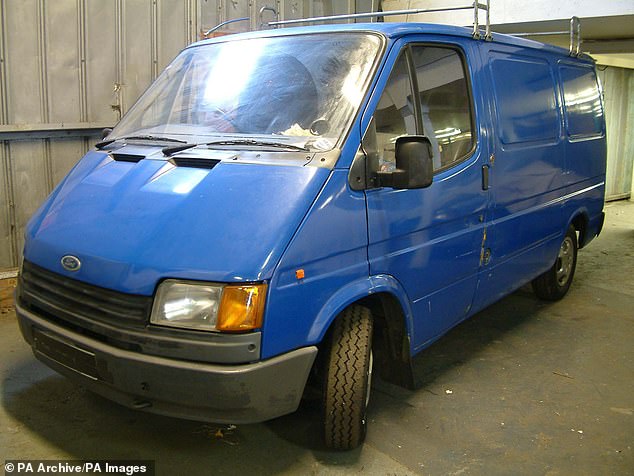 Pictured: The blue van belonging to Stuart Campbell. During the investigation police looked into a sighting of a blue van, whose driver was seen speaking to a girl resembling Danielle

‘I hope it will shift something in him, to make him understand that you cannot pretend to anyone, including yourself, that this is over, that you can start again,’ he told the publication.

‘You can’t do that. I won’t let you. You have to tell these people what you did with that girl’s body.

‘I was so angry with him, because I could see what he was trying to do,’ Sharkey said.

‘I realised with Ian Simms that with the way the law stands you can leave prison without confessing your crime, without expressing remorse for what you did — you can still get out of prison. Then I was furious. I was furious with myself for being complacent about the whole thing, and furious with him.’

He added that he believes his brother feels shame for what he did, demonstrable by the fact Campbell has never replied to any of his letters.

‘A response means a conversation, a conversation means being confronted with his crime. I guess he can’t handle that,’Sharkey said.